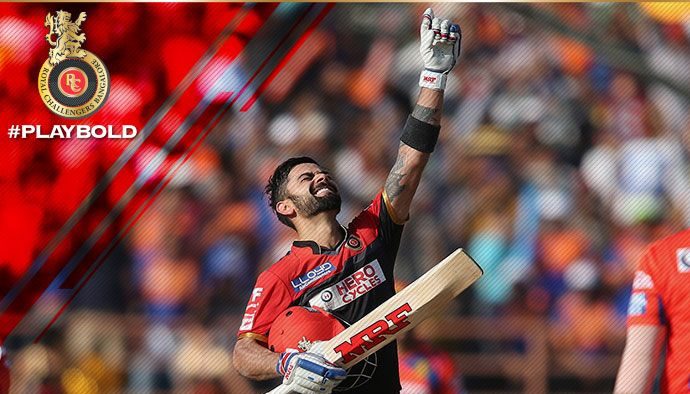 One of the pre-season favourites, Royal Challengers Bangalore will start their IPL 2019 campaign against Chennai Super Kings on 23rd March at MA Chidambaram Stadium in Chennai. Despite the star studded squad, RCB have always failed short of going all the way. They have always been known for their devastating batting lineup but bowling has always been their weak link. Banglore have retained most of their player from the last season and also signed few new members during the auction.

Under the leadership of Virat Kohli, RCB will be expected to do well and hopefully win the title this year. Let us have a look at Royal Challengers Bangalore Team Preview –

Virat Kohli – Second highest scorer of the IPL, Virat Kohli will once again be the man to watch-out for RCB. He is going through a great run of form as usual as will look to continue the same during the IPL.

AB de Villiers – Mr.360 can turn any game upside down when he is in mood. He is the man who can win matches from any situation.

Parthiv Patel – Patel has a good experience of IPL. He can provide the stability required at the top order.

Washington Sundar – Started his IPL career in 2017 with Rising Pune Supergiants. This young man have a potential to score run and take wickets in tricky situations.

Moeen Ali – The English all-rounder could play a crucial role on the slow Indian pitches. His hitting abilities would be bonus towards the lower middle order.

Yuzevendra Chahal – Right arm leg spinner Chahal is the main bowler of the team who have the talent of taking wickets in the toughest of situations. His googlies could trouble the batsmen a lot.

Tim Southee – A brilliant death bowler, Southee has everything in his arsenal to contain the opposition batsmen from breaking-free. RCB will rely a lot on him for the early wickets and for stopping the flow of runs in the end.

Umesh Yadav – One of the fastest Indian bowler, Umesh Yadav’s career has been topsy-turvy over the last year. He will be keen to make an impact on the mind of the Indian selectors by performing well in this IPL 2019.