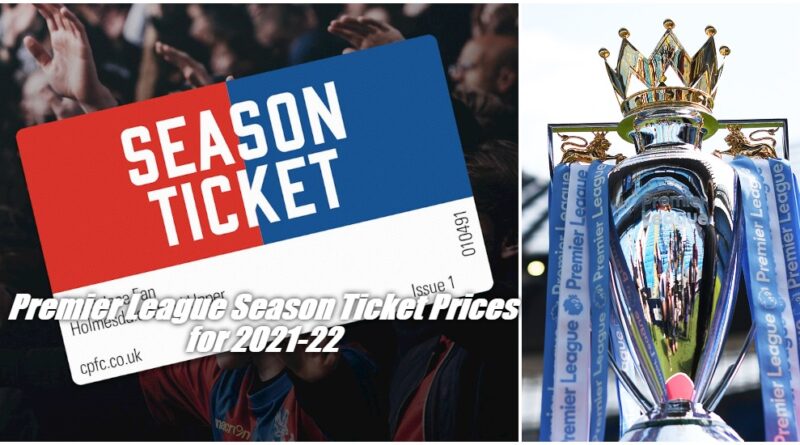 Teams have not played in front of supporters at home for over a year due to the coronavirus pandemic but are planning for their return next season. If more matches do have to be played behind closed doors or with restricted capacity, however, refunds or pro-rata rebates will be offered.

Here are the Premier League clubs ranked on season ticket prices for the 2021-22 season.

With the new Premier League campaign starting on 14 August, and the Hammers looking to build on a much-improved 2020/21 campaign, supporters can look forward to the new season with renewed excitement and optimism.

And with Season Ticket prices frozen yet again across all bands, confirming West Ham United as London’s home of affordable family football in the Premier League, everyone associated with the Club cannot wait to see supporters back in the stands, singing ‘Bubbles’ and cheering their team on.

The cheapest adult ticket is still as good as it gets in the Premier League at £320 – but their exclusive ‘1966’ seats would put a dent in your wallet to the tune of £1200 for every age category.

They may be among the richest clubs in the world but their cheapest ticket remains at £325, one of the cheapest in the Premier League. The most expensive season ticket on offer costs £950. Not a bad price, if you consider the quality on display at the Etihad stadium.

Season Ticket prices for the 2021/22 campaign will be frozen for the 10th consecutive year and unused Season Ticket credits from the 2020/21 season will be rolled over into next season, on a pro-rata basis.

Leicester City announced that credit left on accounts will be rolled over to use for the 2021-22 campaign. The cheapest adult ticket available is just £365, though a year in the Fosse Club in the West Stand will set you back £1065. Supporters might just be about to get even more value for money this year with a push for European football.

An adult ticket in the Ladbrokes or Jimmy McIlroy Lower Stands cost £390, while the most expensive was available at £580.

It’s quick to notice a clear north-south divide over the pricing from clubs in the Premier League, but Sean Dyche’s Burnley are among few teams to offer an average season ticket for under £500 – or less than £26 per home match.

The cheapest adult season ticket price for renewal costs just less than 400 bucks for seats in the Itchen South corner. The cost of an adult ticket in the family is priced at £541.