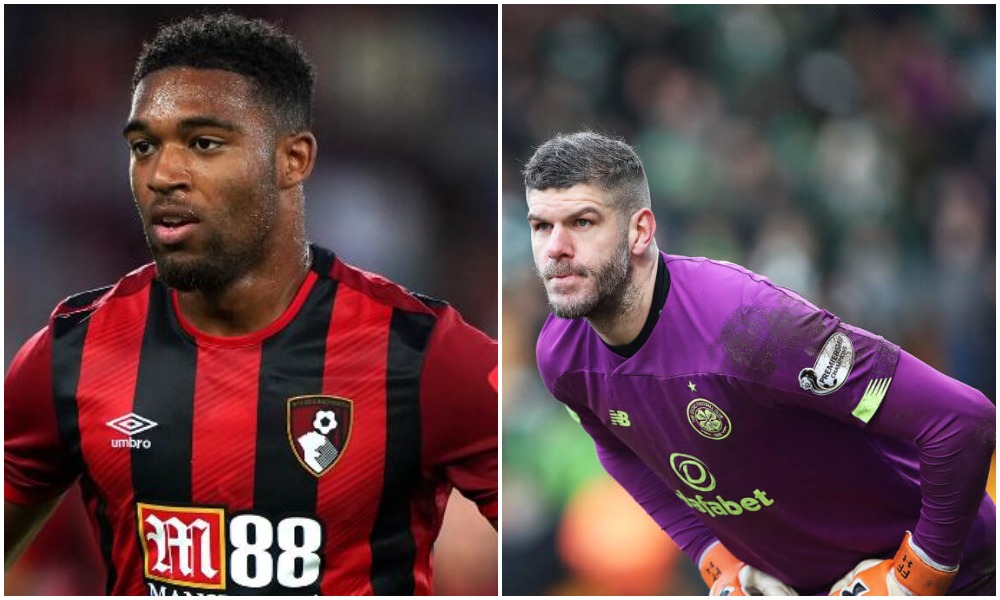 Celtic manager Neil Lennon is planning on making at least six signings in the summer transfer windows as he looks to strengthen all areas of his squad. They have been brilliant throughout the campaign and won the league for the ninth time in a row. However, Lennon believes that there is still room for improvement.

The impact of Scottish football’s shutdown will be felt for some time, with clubs seeing budgets squeezed by the coronavirus crisis. Clubs will still be looking to improve their squads this summer, but the financial strain means securing bargain signings will be more important than ever. With Celtic going for the 10th title in a row in 2020-21 you can bet Neil Lennon will be looking to add some quality additions.

In this article, we will have a look at some of the players that Celtic could sign in this transfer window.

Forster is the first name on the club’s shortlist as they look to re-sign the Southampton keeper after a brilliant season on loan at Parkhead. Celtic are in talks with the Saints over a potential move, but a permanent deal is not straightforward. His value is up for debate after a disappointing few years down south, but he is still a high-class goalie.

In Fraser Forster, Celtic boast one of the best goalkeepers in the country. However, the 32-year-old is only loan at the Hoops from Southampton until the end of the season. Celtic will try their best to make this move permanent in the summer.

Since rejoining Celtic last summer, 32-year-old Forster has kept an impressive 17 clean sheets in 39 league and cup appearances for the Scottish champions. Indeed, he has only conceded 28 goals, and Celtic fans are desperate to see him signed.

It’s his wages that are the big stumbling block as he’s reported to be on £60,000-a-week salary. It all depends on Southampton’s asking price, and whether Forster will take a pay cut.

Burnley and Celtic are reportedly two of 12 teams who are considering a bid for ex-Charlton Athletic forward Lyle Taylor. The Charlton striker could be one of those ‘bargains’ Lennon is looking as Taylor is now a free agent.

Rangers were first credited with an interest in the forward, but it’s reported their rivals are keen too. Sky Sports News presenter Jim White claims Celtic are one of many clubs to be tracking Taylor.

Former £15million man Ibe has been released by Bournemouth and has already been linked with a move to Celtic. Still only 24, the winger should have plenty of resale value if he can recapture his best form.

Jordon Ibe’s career has been a strange tale. From becoming Wycombe’s youngest ever player to appear in the Football League, it’s been a story of success followed by immediate failure.

A change of scenery could be exactly what he needs and Celtic may be the side to hand him that opportunity. The Bhoys have been tracking him since last year.

Jeff Hendrick has ‘said my goodbyes’ to Burnley with the reported Celtic and Newcastle United target becoming a free agent upon the expiry of his contract, speaking via an Instagram statement.

The former Derby County man established himself as one of Burnley’s key midfielders in the last four seasons. While a rangy Ireland international might not have been one of the most gifted midfielders in the Premier League, it’s clear to see how highly Sean Dyche valued him at Turf Moor.

Thus, Lennon must try to lure him as he still has a lot more to offer at a higher level. He could replace the aging Scott Brown.

The Daily Record have reported that Celtic are interested in Rennes’ right back Brandon Soppy, who is valued at around £7.4m.

While that price tag might be nothing to certain clubs around the world, that would make him one of Celtic’s most expensive signings of all time so it would be a surprise.

It’s even more surprising when you consider that he’s yet to make a senior appearance for the French club, although it does sound like he’s impressed in the youth side.

The Hearts left-back, who Celtic sold to the Jambos ion 2018, could be set for a return to Parkhead. The Hoops are interested in the 17-year-old as they look to provide competition for Greg Taylor.

Hickey was one of the bright spots for Hearts last season, but with their impending relegation, they might need to cash in on the youngster.

It would make sense for Hearts to do business with Celtic too. The Parkhead side installed a 30 per cent sell-on fee when they sold him to the capital side and they would naturally ‘waive’ that clause if he came back to Glasgow.

Rodrigo Riquelme, one of the most valuable Spanish wingers in his age class, who regularly plays on both flanks, can leave Atlético Madrid on a free transfer.

A compelling chance for several LaLiga top clubs and also two Scottish giants. Rangers and Celtic are interested in the youngster, according to a report by Spanish newspaper La Razon.

With a lack of quality and depth in the wide areas, Riquelme’s inclusion in the squad would be a huge boost to Celtic’s attacking unit. He should be brought in as he has been brilliant for Atletico Madrid’s youth sides and has the ability to develop.

According to Football Insider, the Scottish champions are set to reignite their efforts to land the 24-year old, having previously been denied with a bid on deadline day.

That move was believed to be with a view to a loan, but reports claim Neil Lennon’s side may now be keen on a permanent deal in the summer.

Celtic have had great success taking young players from abroad, developing them and selling them on to the Premier League.  With that in mind, José Mauri of Milan could be a fantastic ‘project’ for the Hoops, with his contract up at the end of the season.

The midfielder shone as a youngster for Parma, and when they went bankrupt he was immediately signed by Milan. Four seasons later he’s failed to break into the Rossoneri first team, and then he joined Talleres de Córdoba last summer.

Mauri is a superb passer of the ball who isn’t afraid of a tackle – perfect for the Scottish Premiership. He turned 24 in May, meaning he’s still young enough to replicate the form he showed for Parma and earn Celtic a big fee in the future.

Given Celtic’s success in the recent past with French stars, it’s no wonder they’d be looking in that particular market. Serhou Guirassy, 23, currently plays for French side Amiens and is a former French under 20 player.

The Frenchman may not be a prolific goalscorer, but he has proved to be of immense help to Amiens this term. He should be a key target for them if Edouard leaves for a new challenge in the summer.