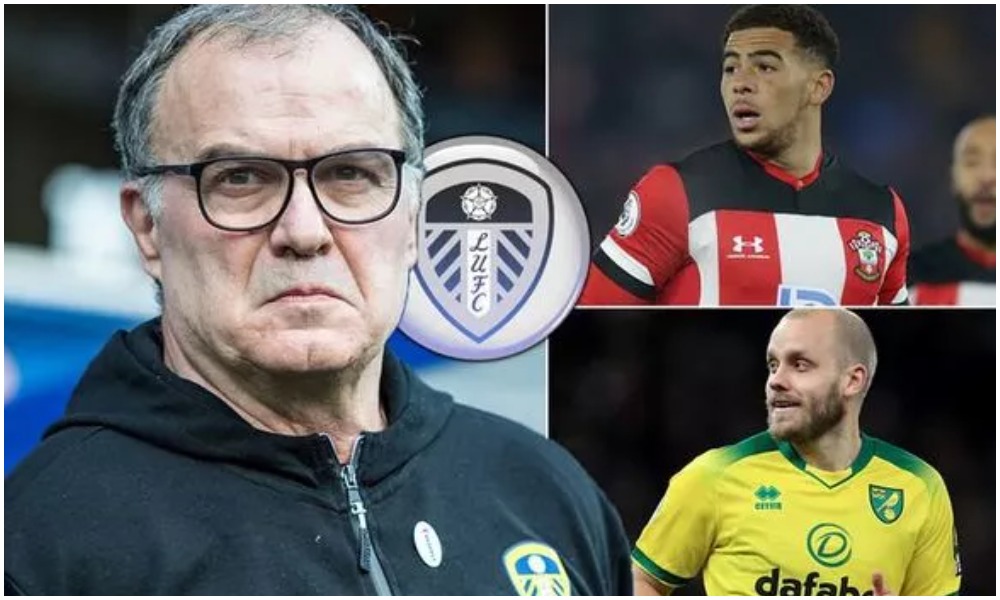 The Premier League is within touching distance for Leeds United right now. If Leeds does get promoted, Leeds boss Marcelo Bielsa will be handed a large transfer budget by owner Andrea Radrizzani for the transfer window, as the Whites plan for life in the Premier League.

In this article, we will have a look at some of the players that Leeds United could sign in the summer.

Norwich City striker Teemu Pukki has been backed to join Leeds this summer, if the Canaries are relegated. He has had a successful start to life in the Premier League, scoring five goals in his first three games.

Pukki, 29, who came through the ranks of Fc KooTeePee’s youth system, played for several clubs including Celtic and Brondby IF before moving to Carrow Road in 2018.

Pukki has taken his game to the next level and has been the star man for the Canaries. Hence, Bielsa should look to take him on board before the start of the new season.

Another forward heavily linked with Leeds United during the January transfer window, Southampton were unwilling to discuss a deal for the striker they signed from Birmingham City in the summer – despite his lack of opportunities and goals in his debut campaign in the top-flight.

Just eight of his 19 Premier League appearances this season have come as a starter and he’s still awaiting his first goal for the club. However, he netted 22 for Birmingham City in the Championship last season and remains highly rated.

Leeds United will intensify their search for a striker in the coming weeks and they could hit the jackpot in the form of a Premier League outcast. Andre Gray has been linked with a move to Elland Road, according to the Evening Standard.

The 28-year-old may consider his future at the end of the Hornets’ current campaign, as the majority of his opportunities have come as a substitute..

With Leeds likely to gain promotion to the Premier League this season, their wage budget would likely be increased owing to TV revenue, meaning Gray could be a feasible signing.

The Sun’s Alan Nixon says that Leeds United are one of a host of clubs holding an interest in Wigan’s starlet teen striker Joe Gelhardt. He’s made the breakthrough to the first team at the DW Stadium but the Latics will struggle to hold on to him with administration worries eating away at them.

Ryan Fraser had been linked with moves to the likes of Arsenal and Everton less than 12 months ago.

But his contract stand-off with Bournemouth hasn’t helped his form this season and as a result, interest in him may have faded after spending time out of the Cherries’ line-up.

However, a move to Elland Road could suit, playing in front of huge crowds for a manager that would seriously value his pacey skillset and fantastic assist record across recent seasons.

Leeds United were ‘confirmed’ to have snapped up rising Linfield starlet Charlie Allen back in mid-May with the Covid-19 pandemic getting in the way of finalising the deal and getting it over the line. With restrictions easing, Leeds United are said to be ready to confirm and announce his capture according to Football Insider’s Wayne Veysey.

Peterborough United striker Ricky-Jade Jones has been turning heads in League One this season and claims from the club stated that Leeds were the club that was pushing the hardest for a deal.

Director of football Barry Fry revealed earlier in the year that the Man Utd and Liverpool, as well as Arsenal and Leeds United, had approached Posh over the availability of the 17-year-old.

The forward burst onto the scene at the Weston Homes Stadium this season, scoring four goals in 16 games and he admits being flattered by links with a move to the Premier League. The fact that he’s just 17-years-old means that he has plenty of time to develop and would offer significant sell-on value further down the line.

Tom Carroll saw his contract with Swansea City terminated at the end of January and is available as a free agent – so he could sign for another club before the summer window.

Carroll, who has played 94 times in the Premier League, can play in either the holding midfield role or in a standard, box-to-box midfield position. He has huge experience for a number of sides, clocking up more than 200 club appearances.

A ball-playing midfielder, Carroll is renowned for his excellent array of passing. The 27-year-old is favoured to make a move to Leeds United at the end of the campaign, a move that would add another option to the club’s midfield and would provide experience.

The Mail Online’s David Kent brought news that Leeds were involved in a tussle with Celtic and Watford over Croatian Under-21 defender Kalaica. He’s rated by Benfica but has been gaining experience in their B set-up where he has featured in 87 games, scoring 3 goals and providing 1 assist. He’s said to be the type of ball-playing defender Marcelo Bielsa likes.

The 23-year-old has spent the last two seasons on loan with Leeds United from Manchester City and the likelihood is he won’t be securing first-team football at the Etihad Stadium anytime soon, so a decision needs to be made on his future.

Leeds are reportedly keen on signing Harrison on a permanent basis. According to Leeds Live, Manchester City loanee Jack Harrison himself is willing to stay with Leeds United beyond this summer.

Harrison joined Manchester City in the summer of 2018. He was immediately sent on loan to Leeds United and since his arrival at Elland Road, he has established himself in Marcelo Bielsa’s starting XI.

The youngster has been in sensational form in the past two seasons and has played a crucial role in his side’s move to the top of the Championship table.