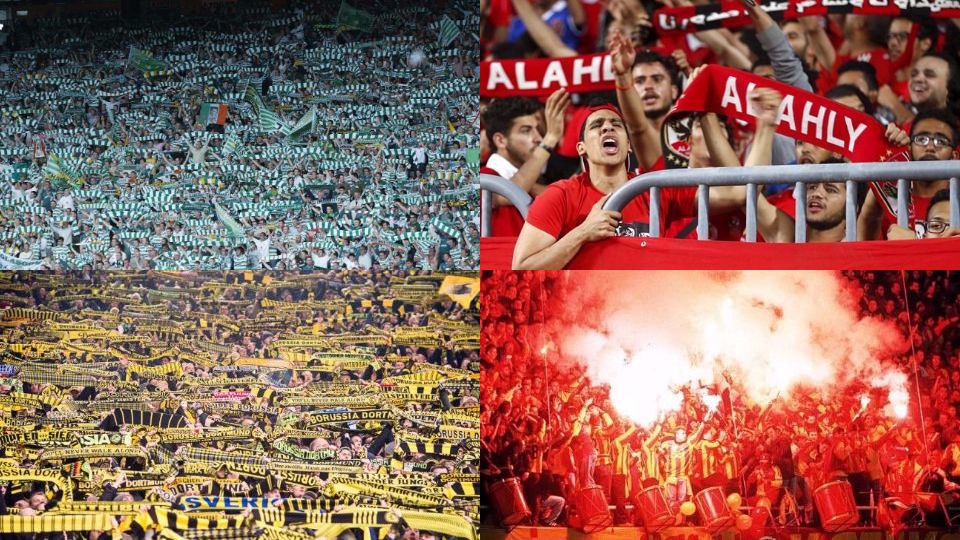 River Plate is one of the greatest football clubs on the continent of South America. Argentine club River Plate are widely known for their dangerous fans. Riots, fights, and altercations are a run-of-the-mill event around the ultra fan groups of the club.

Most club hooligan groups usually fight those of other clubs. However, the fierce River Plate fans sometimes even turn their aggression on themselves, as evidenced in their 2007 gun and knife fight before a match that saw them fighting over where they were to stand in the stadium.

Galatasaray boasts a following of almost half of Turkey’s football-supporting population, and their Türk Telekom Arena Stadium is billed as one of the most challenging places for teams to visit in Europe.

The fans are always behind the team and it’s common to see flares add to the ambiance at their ground, to accompany the volume. They were at their most intense in 1993 when they gave visiting Manchester United the infamous “Welcome to Hell” treatment. From the very second they arrived at the airport, the United fans were hunted and hounded by the intimidating Turkish supporters.

Celtic FC is not just a football club to its supporters, it’s a way of life, a symbol of cultural and religious heritage, and their fierce rivalry with Rangers FC is one of the most bitter in the world game. Celtic Park is renowned for being a pit of noise intimidating enough to throw even the game’s greatest off their game.

Barcelona’s Lionel Messi once said of Celtic Park: “I’ve been fortunate to play in some great stadiums in Europe with Barcelona but none compare to Celtic. The atmosphere their fans create make it a very special European night of football.” Very little can top the big match atmosphere in Glasgow, it is just unfortunate that those big nights may be few and far between this coming season.

The black and yellow ocean of passionate Dortmund fans engulf the largest stadium in Germany effortlessly at every Signal Iduna Park fixture, and no other club in the world can offer such an incredible sight.

Their regular sell-out attendance of more than 80,000 at their Signal Iduna Park means they boast the highest average attendance of any football club in the world, but their famous South Bank Stand – which homes nearly 25,000 fans – is where you can find the iconic ‘Yellow Wall’.

And number one in our list is none other than Argentina’s powerhouse – Boca Junior. One of the world’s great football clubs, it is also known as having some of the world’s greatest fans. As many as 40% of Argentines claim to follow Boca, and their cauldron of a stadium, La Bombonera, is one of the most intimidating football stadia in the world. A group of die-hard supporters, known as La Doce (the twelfth player), dedicate their time to supporting the team, and Boca’s rivalry with River Plate is one of the most famous in world football.

The derby is among the most passionate in the game, but Boca’s supporters in particular are known for their deafening volume and unquestionable loyalty to their team.