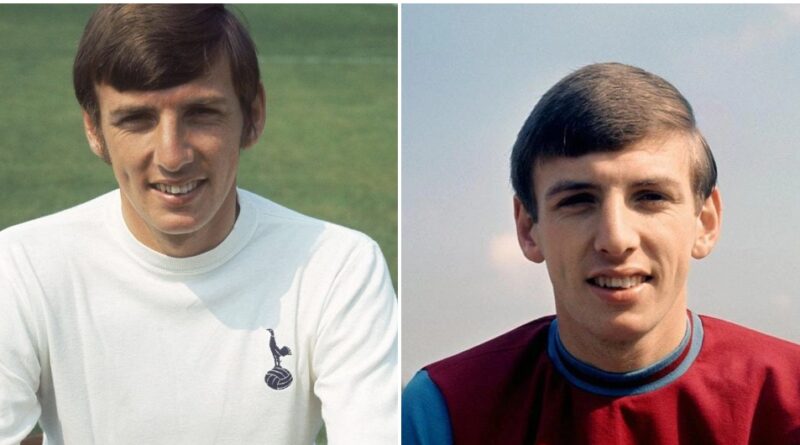 Tottenham and West Ham are less than 12 miles apart and have shared a rivalry stretching back to the late years of the 1890s. Both sets of supporters hate each other passionately and it has resulted in some fierce clashes on and off the field. However, there are some players who dared to switch sides between these two. Let us have a look at some players who played for both Tottenham and West Ham.

Here are the 10 players who played for both Tottenham and West Ham.

Moncur’s first steps as a professional footballer came at Tottenham. The midfielder broke through at White Hart Lane in the mid-1980s but struggled to nail down a place in the first team, which saw him loaned out to several clubs before his permanent departure in 1992 to Swindon Town.

Two years at Swindon proceeded Moncur’s move to West Ham, where he remained until retirement in 2003. His combative style quickly made him a fans’ favourite at Upton Park, Moncur ending his Hammers career with 203 appearances to his name. He earns fifth place in our list of ‘players who played for both Tottenham and West Ham’.

After making his professional debut aged 20, Brighton established himself in the Tottenham side in 1979 and won two FA Cups and the UEFA Cup the following decade. One of Spurs’ greatest ever full-backs, Hughton made 398 appearances for the club before departing for West Ham in 1990.

Having been born just 10 minutes from Upton Park, he was delighted to make the move, admitting “it was like going home”. His West Ham career amounted to just 32 league games, but Hughton did help the east Londoners win promotion to the Premier League under club legend Billy Bonds in 1992.

Carrick began his career at West Ham United, joining the youth team in 1997 and winning the FA Youth Cup two years later. He was sent on loan twice during his debut season, to Swindon Town and Birmingham City. The deep-lying midfielder broke into the first team later that year and went on to make 159 appearances for the Hammers.

Carrick remained at the club even after relegation to the First Division in 2003, but West Ham’s failure to win promotion saw him depart the following year. In 2004, he moved to rival London club Tottenham Hotspur for a fee believed to be £3.5 million. After a difficult start he became a regular starter at White Hart Lane. After two seasons with Spurs, Carrick was sold to Manchester United for an initial fee of £14m.

At 17 years and 256 days old, Allen’s appearance for West Ham United against Arsenal in the 1980 FA Cup Final made him the youngest player to appear in an FA Cup final at Wembley Stadium, and Trevor Brooking’s goal settled the showpiece in the Irons’ favour. It was a fantastic start to Allen’s career at Upton Park, which spanned six seasons and also featured promotion to the First Division in 1981.

Paul Allen moved to the Lane in the mid-1980s, remained at Spurs for 8 seasons and was in the Tottenham FA Cup winning team in 1991. An industrious midfield player who worked tirelessly on the right-wing, he was a great player.