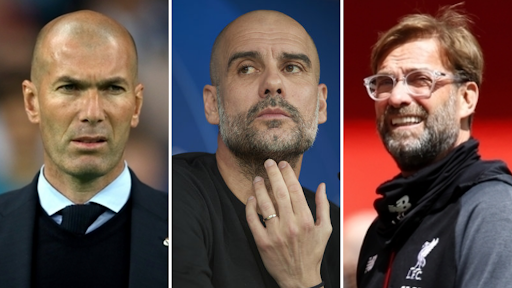 Attacking football is the most fascinating, attractive, and thrilling kind of football to play. In football the playing style of the team is governed by the managers, they marshal all the convoluted tactics for their team to perform better. Generally, the more attack-minded the manager is, the more attacking the team would be and more orgasmic it would be for the spectators to watch.

In this article, we are going to list down the most attacking football managers in the world.

The former Portuguese goalkeeper guided Wolverhampton Wanderers to a double over the last years defending champions Manchester City in the EPL. His record against the top 6 of Premier League as of April 2020 was 1.2 points per game which is quite impressive. Nuno keeps rotating his squad between a 3-4-3 and a 3-5-2 formation that way his team can attack more centrally and operate in between the opposition’s defensive lines. Wolves’ midfield has been fluid with a 3-5-2 formation that allows them to adapt mid games and attack more from the wide flanks. Espírito’s team plays attractive attacking football which is admired by the fans. He is considered a top-notch Premier League manager and very rightly so.

The 47-years old German is currently the manager of one of Europe’s most lethal attacking forces. The attacking options of PSG include Mbappé, Di Maris, Cavani, Icardi, and Neymar, which is arguably among the best in the World. Tuchel prefers a 4-3-3 formation to emphasize the attacking capabilities of wide forwards Neymar and Mbappé. The PSG boss has also managed Borussia Dortmund which is a team well known for their attacking prowess. His team made it to the last season’s Champions League final but was beaten by Bayern. He is among the most attacking football managers in the world. His perspective perfectly suits the team and that is why they are a perfect match.

Bielsa has revolutionized the game given his unique tactics and efficient man-management. He has been regarded as an influence for many notable managers, namely Pep Guardiola and Mauricio Pochettino. Under him, Leeds United are playing some of the best football in the country. He is among the most attacking football managers.

Bielsa started as the head coach of Newell’s Old Boys youth team in 1980 before managing the senior team in 1990. He spent numerous spells in different leagues across the globe including Mexico, Chile, Spain and France and presently, England. He also served as the head coach of Argentina and Chile before coming into notice with Atletico Bilbao in 2011 where he led them to the Copa del Rey and Europa League finals. Bielsa is undoubtedly one of the best football managers in the world.

The manager of last year’s dark horse, Atalanta, in UEFA Champions League is without a doubt one of the most promising and surely an attack-oriented coach. The Italian has built a team that is probably Serie A’s most tactically intricate side and assuredly the most attacking side of the league with the most (98) goals in the campaign last year in the league which is known to be the most defensive league in the world. It surely is quite a performance. He manages his team in a 3-4-1-2 formation. His team takes a lot of shots on goal in a game. The Atalanta players had 697 touches in the opposition box in Serie A last year that is more than any other team in the league.

One thought on “10 Most Attacking Football Managers In The World”