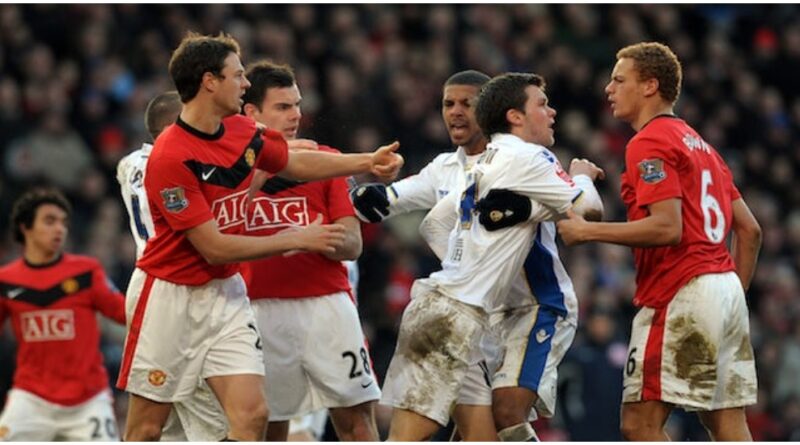 Over the years, Leeds have had many intense rivalries. Some date back to as early as the 1900s, and some are more recent. These aren’t necessarily local rivalries, as most Leeds fans wouldn’t consider their local clubs, as biggest rivals. In this article, let us have a look at some of the biggest rivals of Leeds United.

Leeds United are one of the most well-known teams in the history of English football, but in recent times they have become a shadow of the juggernaut they once were. It is their long-standing bitter rivalry with the local side, Huddersfield Town, that has really come to the forefront in the last few years.

Back in the 1920s, Huddersfield became the first side in English football to win three consecutive top-flight titles. As well as this they claimed an FA Cup and a Charity Shield, solidifying their place in the history books.

Under legendary manager Don Revie, the Whites became one of the most feared sides in Europe as they won two league championships, an FA Cup, a League Cup, two European Fairs Cups and the Charity Shield. Huddersfield could merely watch from afar as Leeds continued to excel at the highest level. All this resulted in the birth of a rivalry and the clash to have bragging rights.

Where did this rivalry start off? It all started off because of two men – Brian Clough and Don Revie.

The Rams had pipped Leeds to the Division One title in 1972 on the final game of the season thanks to the brilliant management of Clough. He then had a fallout with the Derby board and a short stint at Brighton saw him take over at Elland Road take over from his old rival Revie – who had been hired as England boss.

Clough’s infamous reign in charge of the Whites came to a close after just 44 days in 1974. It came after a bitter war of words between the two while Clough was in charge of Derby, where he branded Leeds’ successful style of play as ‘dirty’ and ‘cheating’.

After Clough was sacked by Leeds, he and Revie debated one another on Yorkshire Television’s Calendar on that very evening on September 12, 1974. However, Clough had the last laugh – leading Nottingham Forest to two European Cups while Revie ultimately failed as England’s manager.

The rivalry between Leeds United and Millwall is a bitter North-South divide rivalry in English football.  The rivalry began in League One during the 2007–08 season, with the disorder and violent clashes between both sets of fans and the police at Elland Road. It continued into the 2008–09 season; where the teams were vying for promotion to the Championship, culminating in Millwall knocking Leeds out of the League One playoffs at the semi-final stage.

Millwall is, without doubt, one of the most hated rivals of Leeds United. The rivalry between the teams is intensified by both club’s passionate fans and association with football hooliganism. Leeds and Millwall are two of the most hated clubs in England, with supporters of other teams still attaching a stigma of trouble to the clubs and their fans.

According to a survey conducted during the 2012–13 season, Leeds fans consider Millwall to be their joint-third biggest rival along with West Yorkshire side Huddersfield Town. Millwall’s main rival is fellow London club West Ham United, with Leeds in the second position.