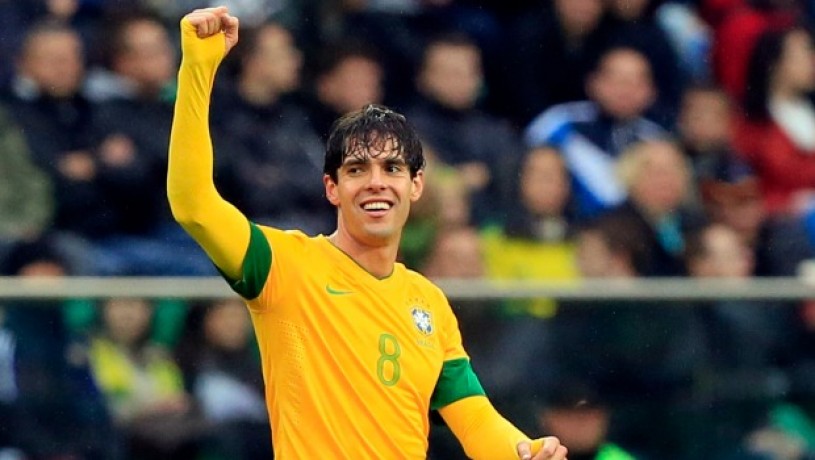 Brazilian superstar Kaka rejected the chance to join Manchester City for £100m in 2009 to remain at AC Milan.

The 35-year-old Orlando City midfielder was one of the best footballers of that time. He was at the peak of his form and that forced the Sky Blues to lodge a £100m bid for the former Ballon d’Or winner.

City, that time had just started to show their ambition. After Sheikh Mansour’s takeover of the club, Manchester City snapped up Brazilian sensation Robinho from Real Madrid on deadline day. They further made their intentions clear with a world record £100m bid for Kaka. But, after much speculations Kaka decided to stay at the Italian club.

Recently Kaka lifted the lid on City’s failed bid during an interview with FourFourTwo.

“Negotiations went very far indeed. The only thing separating City and I was my final word,”

“It came to the point where all of the numbers and the finer details had been discussed. The wages I had been offered were much, much higher than what I was earning with Milan.

“I found myself wondering what my life playing in England would be like, what my routine at this new club would be, how difficult it would be for my kids and my wife to move home. All of these thoughts were swirling inside my head.”

Kaka told he was unaware of City’s interest until they lodged an official bid.

“I’d absolutely no idea that City were interested in signing me until they’d actually made their official offer to Milan. They had gone straight to Milan.”

Kaka further emphasised on his dilemma over leaving an already established European superpower for an upcoming force. He was not totally convinced either about how City’s ambitious project will span out at the end.

“I came to the conclusion that it was not quite the right time for me to go to City, and the main reason was the uncertainty over the squad-building process.

“It wasn’t clear to me how the squad would be reshaped and I wasn’t convinced it would work.

“I was being asked to swap one of the most historic and successful clubs in Europe for a team who were only at the beginning of a new project, where I was supposed to be the first big player. It was safer to stay at Milan.”

After Kaka’s rejection City spent the money on a host of top players which turned out to be fruitful in the long run whereas Kaka finally joined Spanish giants Real Madrid where his career came to a halt after a string of injuries.