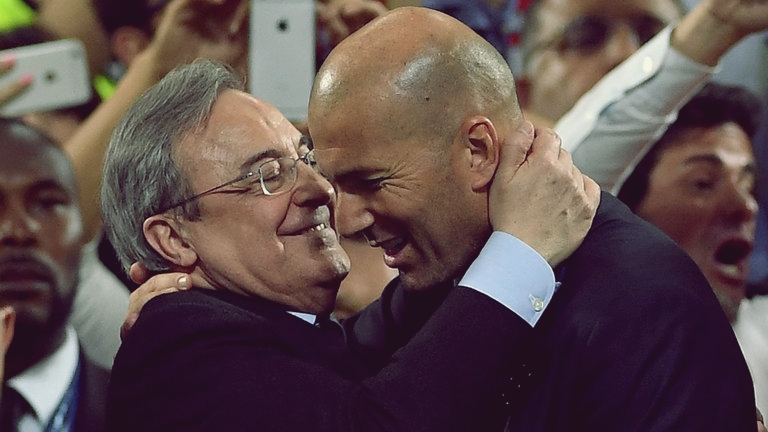 Arrigo Sacchi expresses his opinion on the Real Madrid president and Zinedine Zidane.

Having spent his time in Spain, one year at Atlético Madrid and another year at Real Madrid as Director of Football, Sacchi knows La Liga well.

“I really like Florentino (Pérez) because he is always changing and improving,” Sacchi said while speaking at the Aspire4Sports event held at Stamford Bridge on Friday.

“He’s like (Silvio) Berlusconi; he always aims for the best. Before he loved big names, but now he is changing.”, he further added.

The 71-year-old also expressed his delight on Zinedine Zidane and his current squad: “Zidane has been a huge surprise, because not only do they win but they are playing well with positive and compact football all working together.”

Two-time consecutive European champion with AC Milan, the last European club to achieve the feat before Real Madrid matched the record last season, Sacchi has been an inspiration to the footballing world. He has been credited as an innovator, popularising high pressing from his teams, the offside trap, and a high defensive line with no more than 25 metres between defence and attack. José Mourinho, Pep Guardiola, Jürgen Klopp, Jupp Heynckes, Fabio Capello and Rafael Benítez have all been influenced by Sacchi and have successfully emulated his style of play.