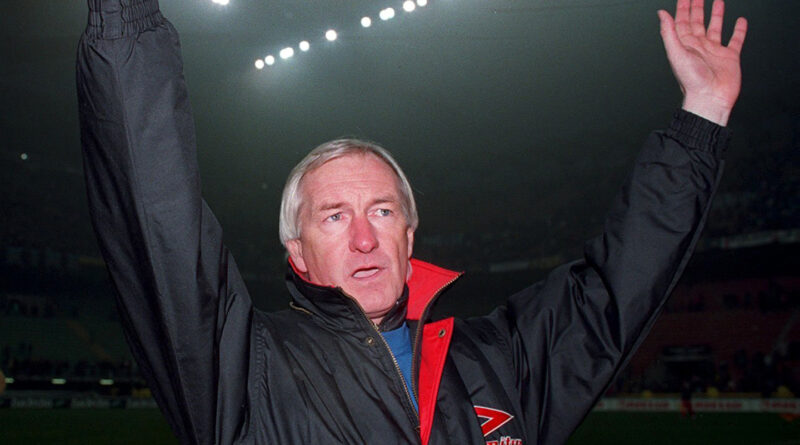 Managers have the most complicated jobs in football. When a club gets relegated or the manager isn’t able to deliver what was expected from the club, he most often gets sacked imminently. Norwich City is a great club with a lot of history. Even though the club has not been at its very best for some time now, it doesn’t mean that it has always been like that.

The club’s history stretches out all the way back to 1902. The 119 years old club has had many gaffers managing the club, some of them were extraordinary for the club, others were below par. Almost 50 managers have managed the club since its inception, and out of those, we picked out the 12 greatest Norwich City managers ever.

Here are the 12 greatest Norwich City managers ever.

The Northern Ireland manager was at the club for not a very long time. He managed 26 games in a span of 6 months. He lost only 5 games during that time with a win percentage of 46.2 %. In just a short stay, he did a pretty good job for the club but he left Norwich City on 17 December 1995 after having differences with the club chairman over a potential signing of a player.

At the time of his appointment by Norwich City in 2015, he was the second-youngest manager in the history of the English Football League. His time with the club can be considered the best days of his managerial career, but he then went onto manage local rivals Preston North End.

Norwich City won 17 of their first 25 games under Neil and earned a place in the play-offs after finishing third in the Championship, before beating rivals Ipswich Town and then Middlesbrough in play-offs to secure their promotion to the top flight. The Yellows only survived a season in the top flight and then got relegated resulting in the sacking of the Scottish coach by the club on 10 March 2017.

Bond was a success at Norwich, signing players such as Martin Peters, Ted MacDougall, and Phil Boyer. Norwich were relegated under him but they were back to the top-flight in the first attempt. He also guided the club to the League Cup Final, which they lost 1–0 to Aston Villa at Wembley.

John Bond then managed to keep Norwich in the top flight, despite the financial constraints he was under, until resigning to manage Manchester City in October 1980. He managed Norwich in the top-flight for seven seasons, which is the highest amongst all Norwich managers, making him one of the greatest Norwich City managers ever.

Willie Reid was Norwich’s manager for only one season between 1961-1962. He led Norwich City to their first ever major trophy; a League Cup in 1962. He only managed the clubs for 31 games and had a win percentage of 41.9. He is remembered as one of the greatest Norwich City managers ever for winning the League Cup.

The Scot was appointed as the club’s manager on 15 April 1957, which is a long time ago from now. He has the third-best win percentage among all those Norwich managers who served the club for at least 100 games. He was in charge for 224 games, out of which 105 were won, which makes a win percentage of 46.9.

Macaulay took charge of the club when they were in the third division and led them to the FA Cup semi-final. The team also finished in second place in the third-tier league during his time with the club. He resigned on 14 October 1961 and went on to manage West Brom.