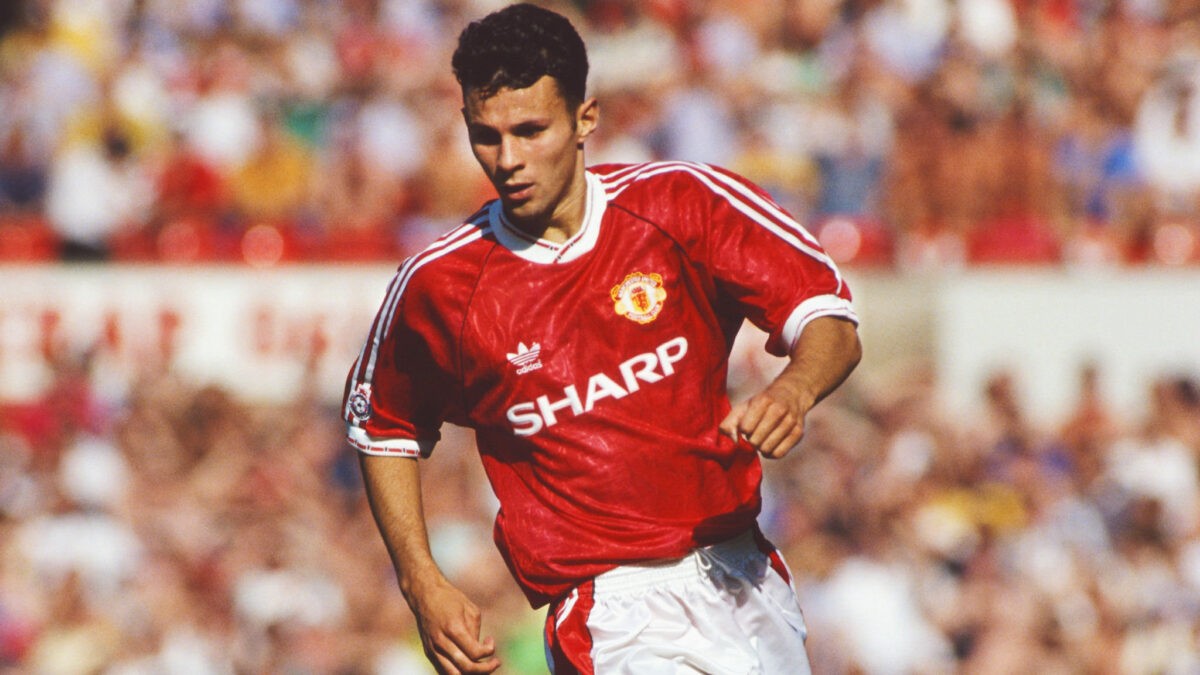 Manchester United are the most followed football club in the world. They have always been one of the biggest clubs in England as well as in the whole world. They are not going through the best phase right now but they have a history of fighting back.

Many great players have played for them in their rich history, and we will have a look at some of the greatest Manchester United players ever.

We have considered various factors like consistency, longevity, skills, and impact on the club and the legacy. Here is the list of the 12 greatest Manchester United players ever.

Schmeichel, the Danish goalkeeper had a formidable penalty box presence. The Great Dane could not only make the acrobatic saves but was also able to marshal the side’s defenders in front of him with resounding authority. As a leader and an example from the back, Schmeichel could not have been more impactful.

He was a captain in the historic treble season in 1999.  His bellowing holler and star-jump saves were an emblem of United’s rise to the top. Schmeichel made 292 appearances in eight memorable seasons with the club.

Signed by United as successor to David Beckham in 2003. The Portuguese winger spent six years at Old Trafford dazzling United fans with amazing skills, fantastic finishing and thrilling pieces of play that live long in the memory. His 42-goal campaign in 2007-08 led United to a domestic and European double

He left for Real Madrid in 2009 for a world record £80m fee. He returned to the club in 2021, but age has taken a toll on his performance. However, his overall contributions to the club remain immense. He is one of the greatest Manchester United players ever.

Known as ‘Captain Marvel’, Robson remains the longest-serving skipper in the club’s history after joining from West Brom in 1981. Bryan Robson was an elite midfielder and a great leader. With a great tackling game and the willingness to go on long, driving runs with the ball seemingly stuck to his left foot, ‘Robbo’ gave United fans plenty to cheer about during a barren championship run.

He was aggressive and relentless, but also a creative box-to-box player with supreme technique and regarded by many as one of the best Manchester United players ever.

Roy Keane was one of the greatest Manchester United players ever and another inspirational captain. The Irishman was physical and tenacious in defence, but also a vastly underrated technical player.

After Cantona’s early retirement, there was never any doubt who was going to be named as United’s new skipper given his deep desire to give nothing less than 100 per cent in every moment of every game.

He made 480 appearances during a twelve-year spell at Old Trafford, which included eight years as captain. He went on to join Celtic in 2005 and the relationship with his manager was over, but Fergie still regards him as the finest captain he ever had.

Eric Cantona is regarded as one of the greatest Manchester United legends despite spending less than five years at Old Trafford. The Frenchman, signed from bitter rivals Leeds in November 1992, proved the catalyst for United’s 1993 title success.

His effect on a team desperately looking to end 26 years without a league title was immediate. His string of key goals in narrow wins helped the Reds overcome Newcastle to win the 1996 league title, and he won Premier League medals in all four of the seasons he ended on the pitch.

Cantona had the style, passion, temperament and grace of a maverick genius. He was technically superb, capable of doing things with a ball few could dream of.

His consistency in front of goal made him a fixture for the vast majority of his United spell. By the time he returned to Everton in the summer of 2018, he had become the greatest goalscorer in Manchester United history with 253 goals for the club.

Duncan Edwards was one of the players who lost his life in the Munich air disaster in 1958, at the age of just 21. Still, he did enough to be regarded as one of the biggest Man Utd legends.

A defensive midfielder with the ability to play anywhere on the football field, Edwards was big, strong, fast, mobile and seemingly destined for greatness. At the age of 21 in 1958, he already had 177 United appearances and 18 England caps to his name.

Regarded as the best English midfielder of his generation, a product of the youth system who went on to score 155 goals in 718 appearances. The ginger wizard could pick out a teammate from just about anywhere with his incredible passing range.

Zinedine Zidane called Paul Scholes his toughest opponent, while Pep Guardiola claimed the England man was the best midfielder of his generation. To Sir Bobby Charlton he was “the embodiment of all that I think is best about football”. The raft of huge names from the world of football lining up to praise him says everything about the quality of a player United are arguably still struggling to replace.

Denis Law switched United red for City blue late in his career, but he had already done enough at Old Trafford to secure a place among Man Utd legends. The Scottish forward scored 237 goals for the club between 1962 and 1973.

One-third of ‘Holy Trinity’, Law was one of the icons of a wonderful decade for Manchester United. He was tricky with exceptional ball skills, capable of creating something from nothing to win games.

One-third of United’s so-called Holy Trinity alongside Denis Law and Bobby Charlton, George Best scored 179 goals in 470 appearances for the club. Playing on the wing, he was electric on the pitch, scoring the types of goals fans had never seen before. He was regarded as one of the greatest dribblers in the history of the sport, he had everything a footballer could want.

Giggs started as a fearless winger with pace to burn in 1990, later turned into a midfielder and ended almost a quarter of a century later in 2014. Ryan Giggs won a record 34 trophies including 13 Premier League titles. He is the most decorated footballer in English history, with 168 goals in 963 appearances.

Giggs also holds the record for most assists in Premier League history with 162 assists. He also happens to be the highest appearances holder for United with an unbelievable number of 963. A true Manchester United legend.

Not many players had such an impact on the club as Bobby Charlton. He spent 17 years playing for the Red Devils, winning three league titles and the European Cup. Just 16 months after making his United debut Bobby Charlton lost eight of his team-mates in the Munich air tragedy, and went on to play an important role in re-stabilizing the club.

A member of the ‘Holy Trinity’, Charlton scored 249 goals in 758 appearances for the club. He was also the recipient of the Ballon d’Or in 1966, the year in which he had won the World Cup with England.