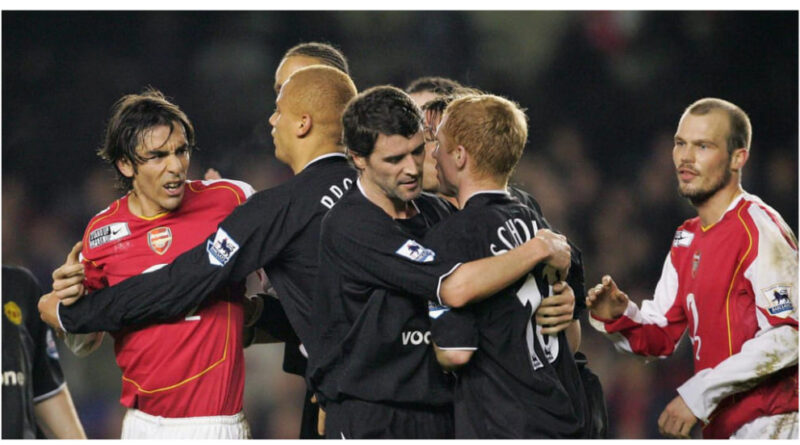 Football is renowned for the intensity of its rivalries; fans love to hate the other teams. Rivalries between clubs add to the beauty of football, it also pushes the clubs to their limits. Manchester United is currently the most successful club in the Premier League being 20 times English Champions.

Success attracts hate and Man United being at the top of English football for the longest time have managed to develop a lot of enemies. Other than the success they have achieved another reason for United’s many rivalries is their geographical location, which is among some of the fiercest competitors in England. Let us have a look at the five biggest rivals of Manchester United.

Based on history, hype before the game, fans’ opinion, and social media engagement, here are the five biggest rivals of Manchester United.

The rivalry between Leeds United and Manchester United, also known as the Roses rivalry, is not as pronounced or famous as all the other rivalries on the list but it does not mean that it is any less fierce. Their rivalry might not mean a lot to the current football fans but it was once a major battle in the North of England. The main reason for this rivalry is the bad blood between the two. Quite a lot of events over history have added fuel to fire between the two, on and off the pitch.

The 1965 FA Cup semi-final is one of the defining points in their rivalry. After a very physical 0-0 draw in the first leg, an 89thminute Leeds United winner in the second leg saw the Man United fans storming the pitch and knocking out the referee. The rivalry between the two was head-to-head until Leeds got relegated in 2004. Leeds fans still consider United to be their main rivals but the feeling isn’t mutual. Now that Leeds are back in the Premier League, their rivalry is once again ignited and we hope it reaches the level it once was.

The rivalry between the Blues and the Red Devils is mostly based on the competition for success between the two clubs. They have finished in the top 4 for the majority of their PL campaigns. Their rivalry is active since the 90s and there have been many fierce encounters between the two since then.

A major seismic shift happened in English football when Chelsea won back-to-back Premier League titles just after the appointment of Jose Mourinho in 2004. This Chelsea team practically dethroned Sir Alex’s Red Devils and Arsene Wenger’s Arsenal. Between 2004 and 2011 no other team won the Premier League title but Chelsea or Manchester United.

These years can be considered the peak years of their rivalry. The two also faced off each other in the 2008 UEFA Champions League Final, which United won dramatically after a penalty shootout. Chelsea did win the Champions League titles in 2012 and 2021 and have been a better team than United in recent years.

The rivalry between United and Arsenal goes back to the late 90s and reached its peak in the early 2000s when both these teams were dominating English football. They were the two big dogs in the early Premier League years under the tutelage of the legendary coaches Sir Alex Ferguson and Arsene Wenger, and the matches between them were electrifying. There was also a huge rivalry between the two club captains; Patrick Vieira and Roy Keane, all of which added to the intensity of the game.

Between 1996 and 2004, Arsenal and Man United were the only two teams who had won the Premier League. Both of them had won 11 of the total 12 Premier League campaigns up until 2005 when Chelsea won it for the first time. Both of these teams are not quite the forces they once were and are in somewhat of a rebuilding phase, but their rivalry still stands as one of the most important ones in the country.

The most beautiful and ferocious rivalries in football are mostly the local derbies. The rivalry between Man City and Man United has been there for a long time but became relevant recently. City have not always been at the top of English football but have risen through the ranks in the past decade, since the takeover in 2008.

It really started to heat up when in 2011 City beat United in the FA Cup semi-final and then they went on to snatch the 2011/12 Premier League title from United during the very last minutes and that too on goal difference. All this makes Man City one of the biggest rivals of Manchester United.

These two clubs have played some great matches between them. City have beaten United 6-1 twice, while United have won more matches and more trophies than their counterpart. However, City have been the better team for quite some years now and United need to pull themselves up if they want to fight back.

United and Liverpool’s rivalry is one of the oldest and fiercest rivalries in Football. Both these clubs are vicious enemies for as far as we can remember and are also two of the most successful clubs in English football. Sir Alex Ferguson once said, “When I came down here, they were the kingpins of England. My aim was to try and turn that round.”

When City won the PL title in 2014 ahead of Liverpool, United fans were rather relieved than being agonized by their City rivals’ league triumph, this tells you how much bigger is this rivalry than any other for Manchester United. If Liverpool wins one more Premier League title, they will be the 20 times English Champions, the same number of times as that Man United.