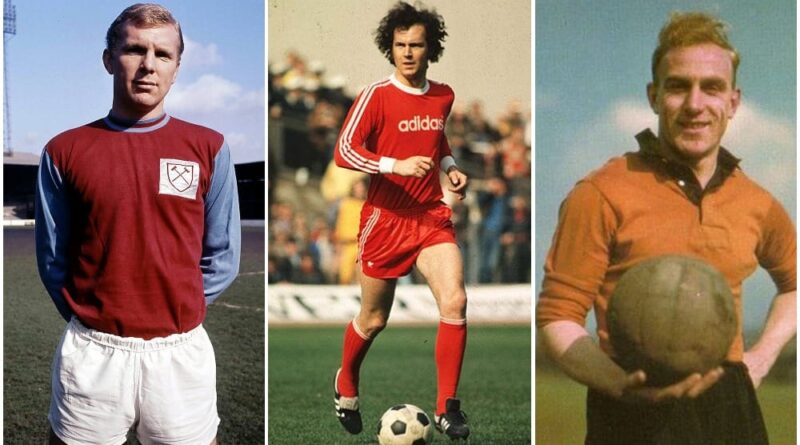 Defending is one of the hardest skills to master in football. While strikers can miss plenty of chances and eventually grab a goal to snuff any negativity, defenders simply cannot put a foot wrong. If they do, their mistakes are played on a loop for years, making the mastering of the defensive art incredibly difficult.

In this article, we will be having a look at some of the greatest centre-backs of all time. The selection is made on the basis of skills, consistency, impact on their team, success, big-game performances, and work rate.

Here are the ten greatest centre-backs of all time.

Ronald Koeman enjoyed an illustrious playing career back in the 80s and 90s. He was a key component of an extremely solid Dutch side and went on to earn a remarkable 78 caps for his country.

Unbelievably, in the 503 league appearances he made, Koeman bagged a fascinating 193 goals – making him the highest goal-scoring defender in footballing history. To add to his phenomenal finishing ability, he was also a composed figure on the ball, and possessed an exceptional passing range.

It is no coincidence, then, that he has such an impressive trophy haul. In his career, he has picked up four Dutch league titles, three Dutch Cup titles, four Spanish league titles, one Spanish Cup, and two European Cups.

At the international level, he was a key part of the great Holland team that won the European Championships of 1988. He was also voted the Dutch footballer of the year twice; in 1987 and 1988.

Ruud Krol is the greatest defender ever in the history of Dutch football. He was a remarkably all-round defender who could play anywhere in the defensive line. He was also supremely confident taking the ball out of defence, putting the Oranje back on the offensive.

Krol played as left-back for both club and national level before switching to libero in World Cup 1978, in which he was captain of the team.

Krol played an important role in helping Ajax Amsterdam to 3 consecutive European Cup trophies. He was also a part of Dutch teams that finished runner-up in the World cups of 1974 and 1978.

Later in his career, he moved to Napoli and became one of the best defenders in the Italian league.  He can easily be considered as one of the greatest centre-backs of all time.

Perhaps the greatest captain England have ever had, Billy Wright was the first player in world football to win 100 caps for his country. He went on to win 105, 90 of which were as captain.

Wright spent his entire playing career at Wolverhampton Wanderers, playing 541 times for the club. He cemented his status as the club’s greatest ever player. Despite playing in defence where just one mistimed tackle can earn you your marching orders, Wright was never cautioned or sent-off in his 20-year career.

On a continent where attacking flair has always had a tendency to take precedent, Figueroa is nonetheless regarded as one of Chile’s finest football products.

He was noted for his elegant style of play, his calmness in the center of defense and his ability to cut out opposition attacks and immediately launch counter-attacks from the back.

The star was named South American footballer of the year in three consecutive years and matched defensive nous with no shortage of talent and technique. He is widely regarded as one of the greatest centre-backs of all time.

What he lacks in height, Fabio Cannavaro makes up for in sheer quality. The diminutive Italian centre-back Fabio Cannavaro is only the second, and most recent defender to get his hands on the prestigious Ballon d’Or trophy.

Cannavaro was never an aerial ordeal for opposition attackers but gave them sleepless nights because of his mere physicality and never-say-die attitude. In his heydey, the former Real Madrid and Juventus man could walk into any European side and strengthen its defence.

Not only was he an exceptional defender, but was also an equally terrific leader and an inspiration for the youngsters that looked up to him in the dressing room. His captaincy inspired Italy to lift the 2006 FIFA World Cup, which in turn saw him being rewarded with the World and European Player of the Season.