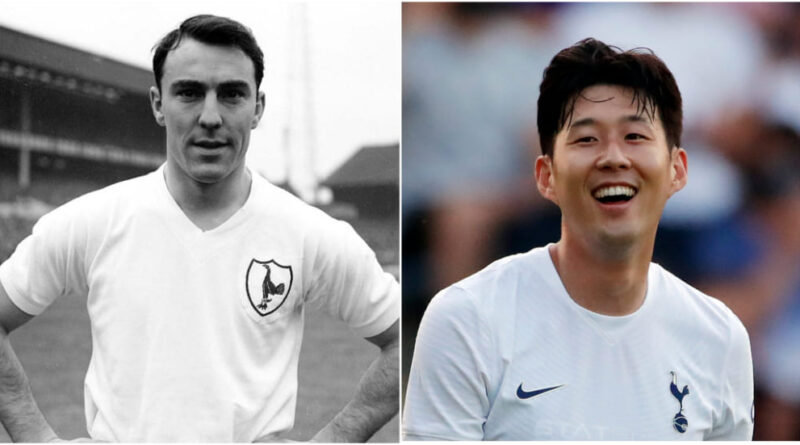 Even though the fact that Tottenham Hotspur have not won any major silverware in the Premier League Era apart from two League Cup trophies – one from 1999, the other from 2008, they still remain one of the biggest and most followed clubs in England.

There have been many top-four finishes and plenty of near-misses. Perhaps the biggest point of pride Tottenham can claim from the Premier League era is that they are one of few clubs never to have been relegated. Having said that, there are many great players who have played for this club. Among the best Tottenham players of all time, we have sorted out 20 Spurs legends who shook this North London club.

Considering the impact, success, longevity, consistency and loyalty, here are the best Tottenham Players of all time.

Mike England is among the greatest centre-backs the club ever had. During his time at Tottenham Hotspur, he won the inaugural 1972 UEFA Cup Final and was runner-up in the same competition 2 years later. His time at Spurs also yielded two League Cup trophies and an FA Cup title.

Mabbutt spent 16 years at Tottenham and was club captain for most of them. He joined Spurs from Bristol Rovers in 1982 and became one of the finest English defenders of the era. During his time, he won the UEFA Cup as a player and the FA Cup as the captain of the team. He made over 600 apps for the club before retiring in 1998.

The left-back made over 500 appearances for the club in a career spanning 11 years. Knowles was famed for his crossing ability, creating countless opportunities from open play as well as set pieces.

Osvaldo Ardiles joined Tottenham in 1978 and spent the next ten seasons with the club. He made over 300 appearances for the club. The skilful midfielder was capped over 50 times by Argentina and was instrumental as Spurs won the 1981 FA Cup and 1984 Uefa Cup.

Alan Gilzean was a striker for Tottenham Hotspur, for whom he was part of the FA Cup-winning team of 1967 and, later, the great Spurs side which in successive seasons between 1971 and 1973 won two League Cups and a Uefa Cup.

He formed an effective goal-scoring partnership alongside crowd favourite Jimmy Greaves, and together they were referred to by fans as the “G-Men”. He scored 133 goals in 439 apps for the club.

A Spurs legend, Lineker made 138 appearances for Spurs. He grabbed 80 goals—none of which were more important than the two he scored in the 1991 F.A. Cup semifinal win over archrivals Arsenal on the way to Wembley glory. He is undoubtedly one of Tottenham’s best forward of the modern day.

Gareth Bale was a fullback when he initially signed for the club from Southampton in 2007. During his time at Tottenham, managerial and tactical shifts saw him transform into a more attacking player. He became one of the best Premier League players during that time and received a number of personal accolades.