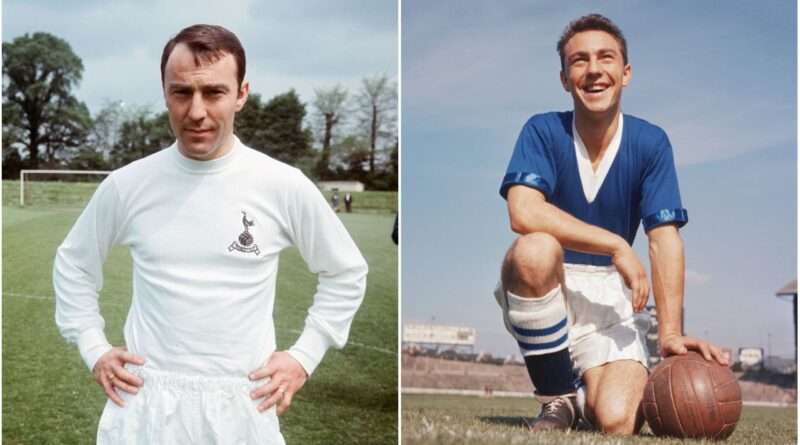 Chelsea and Tottenham Hotspur are two of the biggest clubs in England. The London derby that is played between them is a fierce affair. Fans of both clubs have an immense dislike towards each other. It’s hard to imagine a player playing for both of these rival clubs. Still, there are several players who played for both Chelsea and Tottenham, let us have a look at a few such players.

Here is the list of 10 players who played for both Chelsea and Tottenham Hotspur.

After first signing for the Blues on loan in 1999, the Italian goalkeeper finally broke into the English football scene. The arrangement quickly turned into a long-term one, and Cudicini spent ten years with Chelsea before moving on to Spurs in 2009.

He made 216 appearances for Chelsea but only 36 games for Spurs. He was often utilised as the second or third-choice goalkeeper and left the club for LA Galaxy in 2012.

Colin Lee left Torquay United to join Tottenham Hotspur in 1977 for £60,000. By scoring four goals on his debut in a 9-0 victory over Bristol Rovers in the Football League Second Division, Colin Lee made an immediate impact and helped Tottenham Hotspur achieve promotion at the end of that season.

He played at Spurs for 3 seasons before transferring to Chelsea, where he spent 7 seasons. At Spurs, Colin Lee was a free-scoring forward, but at Chelsea, he developed into more of a versatile player who could play either as a full-back or in the centre of the attack.

Despite being part of the Chelsea squad that won the Premier League in 2004/05, Parker did not pick up a medal as he had made only four appearances. He left Chelsea in 2005 and after having fairly successful spells at Newcastle United and West Ham United, he joined Spurs in 2011 for a fee believed to be £5.5 million.

He was voted the club’s Player of the Year in 2012. Parker made 63 appearances for the club before leaving Spurs for Fulham in 2013.

However, in a highly controversial contract dispute with Chelsea in 2006, Gallas was sold to Arsenal. After the transfer, Chelsea issued a statement that Gallas threatened to deliberately score own goals if he was not allowed to leave Chelsea.

After spending 4 seasons at Emirates, Gallas joined Arsenal’s arch-rivals Tottenham, becoming one of the most hated players on the planet in the process. He played 61 league games for Spurs and was released from the club in 2013.

Roberts played for Spurs for 6 seasons between 1980-1986, making 209 league appearances as a defender. He was a member of the successful Tottenham Hotspur side of the early 1980s, winning two FA Cups and a UEFA Cup in 1984, scoring in the second leg of the final against Anderlecht, and then scoring his penalty as Spurs won the final on a shootout.

He left Spurs for Rangers in 1986 and after spending two seasons with them, he joined Chelsea. He helped the side emphatically win the Second Division championship in 1988–89. He later moved to West Bromwich Albion, where he played out the remainder of his professional career.