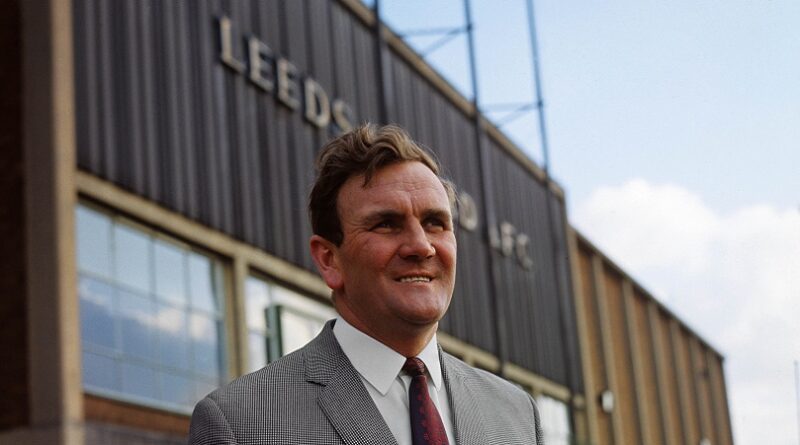 Leeds United is one of the biggest football clubs in England. Many great managers have managed the club and contributed to its legacy. In this article, let us have a look at some of the best Leeds United managers ever.

Based on various factors like impact, success, consistency, and attitude, here are the ten best Leeds United managers ever.

After Leeds City were disbanded, Leeds United were soon formed. Hilton Crowther, the chairman of Huddersfield, took over at Leeds and brought with him, Arthur Fairclough. Fairclough became the manager of Leeds United on 26 February 1920.

Fairclough built the squad along with Dick Ray, Fairclough’s assistant. Bringing together players from local junior clubs and experienced professionals. The first three seasons were not the best for Fairclough’s Leeds United.

Fairclough then acquired the services of Blackpool’s Dick Norman and fortunes changed almost immediately. Leeds United became champions of the second division in 1923-24. Squad strengthening followed with the arrival of stars in the caliber of Willis Edwards and Russell Wainscoat.

At the end of season 1926-27, Fairclough resigned after a series of poor performances by the club. Fairclough despite the latter downturn, built and left a very good side at Leeds.

Bremner was appointed as Leeds United manager having impressed the boardroom with his work at Doncaster. In the early Eighties, he led Doncaster Rovers out of the fourth division, then returned to Leeds in 1985, where he had three years as manager before again returning to Doncaster.

He managed 148 games with a win percentage of 40.45 for Leeds United. Bremner did not enjoy a good relationship with the club’s board, who felt him to be uncommunicative with them, and after a poor start to the 1988–89 season, he was sacked in September 1988.

Horatio Stratton Carter, universally known as The Silver Fox – Raich Carter – wonderful inside forward and self-assured manager Raich and nicknamed The Silver Fox for his grey hair and wily play, was one of the greatest inside forwards ever produced by England, an ice-cool player who always seemed to be the one pulling the strings and making things happen.

He had won every honour the English game had to offer by the age of 24 and, even though his managerial feats never equaled the extraordinary playing achievements, he was still good enough to help Leeds United regain their First Division status in 1956. He is vividly remembered among one of the best Leeds United managers ever.

After the 1957-58 season, the Leeds board shocked the football world and did not renew his contract. He felt hard done by after he had gained the club promotion and felt the board provided inadequate funding.

The Leeds United academy graduate enjoyed a wonderful return to his boyhood club when he was appointed manager in 2008.

Three days into the 2010s, he masterminded a brilliant giant-killing 1-0 victory over Sir Alex Ferguson’s Manchester United, then Champions of England, in the third round of the FA Cup.

A few months later, he led Leeds back up into the Championship, clinching promotion from League One in the most dramatic of final days, before assembling a flawed but brilliantly entertaining side back in the second tier. Had he received a little more investment in the defence, he may well have managed back-to-back promotions.

He was sacked after a run of poor performances in Feb 2012. But he is undoubtedly one of the best Leeds United managers ever.