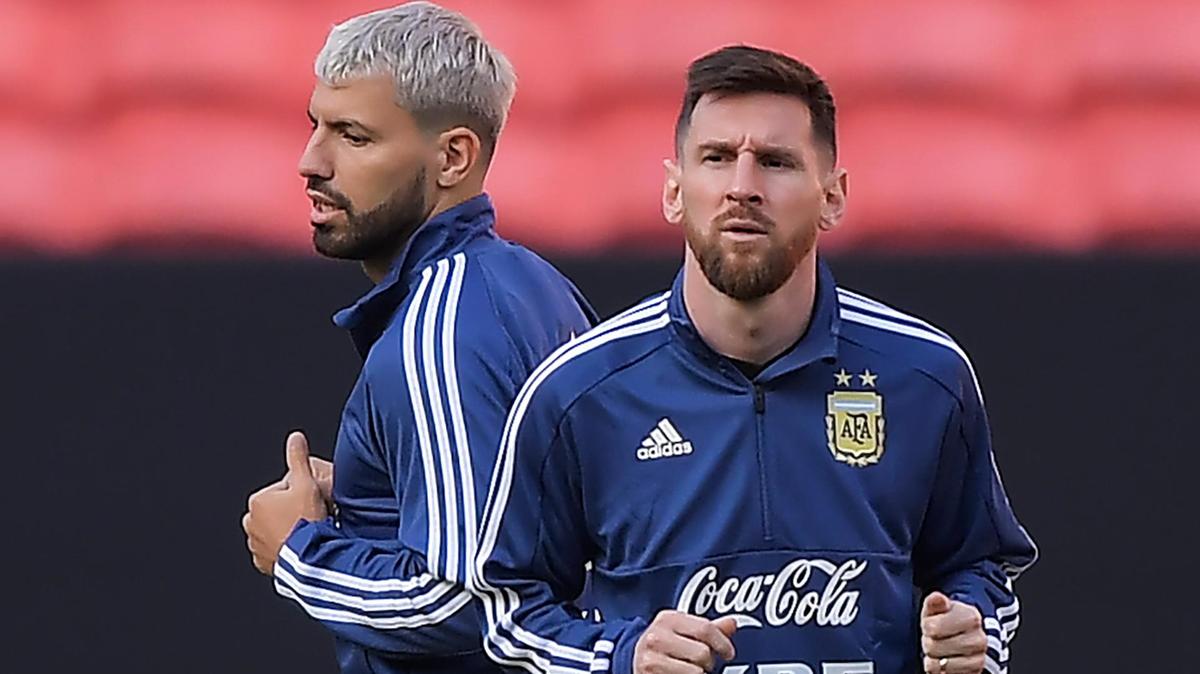 Few countries, if any, are as passionate about their football as Argentina. An incredible 90% of Argentines pledge allegiance to one of the countries football clubs. Argentina became the first FIFA members from outside of Europe in 1891, and have given birth to some of the games greatest stars since then.

Argentina are a nation perhaps now more fondly remembered for being the birthplace of two of the world’s greatest ever players, rather than the multiple World Cup-winning nation they once were. Nevertheless, Argentina have a prestige history, and there are many players who have played their part in their success throughout the years. In this article, we will look at some of the best Argentine footballers ever.

Based on performance for the national team, club, consistency, longevity and impact, here are the 10 best Argentine footballers ever.

While Sergio Aguero has often been criticised for struggling to replicate his club form on the international stage, there is no doubting his brilliance in front of the net. He has always been a constant force despite not getting much appreciation from outside the blue half of Manchester.

Ever since he burst onto the scene as a 15-year-old wonderkid for Independiente great things have been expected from ‘El Kun’, and he has certainly delivered in Spain and England.

With four Premier League titles and more than 200 goals for Manchester City, fans at the Etihad Stadium at least have taken Aguero to their hearts as one of the club’s all-time greats. He is also the third highest goalscorer for Argentina.

And, at 31, there is still time for the striker to show Argentina fans exactly what he can do at the highest level.

Fillol was widely regarded as one of the greatest goalkeepers in the history of South American football. There is good reason for such high praise too, with 58 caps to his name over a successful 11-year period for the national team.

Fillol took part in three World Cups with his country, winning the tournament and being named best goalkeeper in 1978. He was also included in the side for the 1974 and 1982 editions before narrowly missing out on selection for the successful 1986 campaign, despite having helped the team qualify.

He was particularly famous for his penalty-stopping abilities, saving a total of 25 per cent of all the spot-kicks he faced.

He spent the vast majority of his club career in Argentina and is most closely associated with River Plate, where he made 360 appearances and won numerous domestic honours. Individually, he was named Argentina’s Footballer of the Year in 1977, becoming the first goalkeeper to win the award.

Before Maradona, Mario Kempes was Argentina’s premier World Cup hero. The only man playing outside his country to be called up by Cesar Luis Menotti in 1978, the Valencia star repaid his coach’s faith with six goals, including two in the final against Netherlands.

Kempes’ career yielded over 300 goals, and the biggest stadium in Cordoba now bears his name in tribute to the province’s most famous son.

Sivori was a genius with the ball at his feet, traipsing past gormless defenders with his socks around his ankles. He won 18 caps for Argentina and scored nine times, helping the Seleccion to the 1957 Copa America (where he was named player of the tournament), but switched allegiances to play for Italy at the 1962 World Cup.

Among his major achievements were two Argentine titles with River Plate, three Scudetti with Juventus, the capocannoniere crown in 1959 and the Ballon d’Or in 1961. Beyond doubt, he is one of the best Argentine footballers ever.

Zanetti is a picture of consistency. He is the most capped Argentine of all-time, winning his first cap in 1994 and his 143rd cap in 2011. At club level, he became a legend at Inter Milan, where he won five Serie A titles and the Champions League.

As a player, he has been named in FIFA’s top 125 players, while having earned five nominations for Team of the Year between 2003 and 2010 and a FIFPro World XI in 2010. Now a legend in football, few would argue against the right-back deserving his place as one of best Argentine footballers ever.

Batistuta remains one of the finest strikers of the modern era, and also one of the best Argentine footballers ever. He was a legendary player for two Italian clubs: Fiorentina and AS Roma, and he retired from the game as one of the greatest strikers of all time.

Batistuta was blessed with a natural ability to score goals, as well as great shooting and heading abilities. He could shirk his markers quickly and had great acceleration. He could also take powerful shots from the edge of the penalty box and also quite adept in taking free-kicks.

He is the finest pure No. 9 Argentina has produced, and is second in the list for most goals scored in Albiceleste colors, with 56.

Probably the greatest Argentine defender of all-time, Daniel Passarella was a giant at the back for the South Americans, despite standing at just 5″8′.

Famous for his inspirational leadership and forceful character, the “Kaiser” was an aggressive tackler and consistent goal scorer from free kicks, penalties and headers.

A ball-playing sweeper who scored 175 goals over the course of his career, Passarella turned out for the likes of River Plate and Fiorentina, winning 70 caps for Argentina and captaining his country to glory in the 1978 World Cup.

Di Stefano was a driving force in three of the most celebrated sides of the age; River Plate’s great team of the 1940s, Millionarios’ magnificent “Ballet Azul” side and the Real Madrid side that won the first five editions of the European Cup.

Wherever Di Stefano played, it rained goals. He scored in all five of those successful European Cup finals and was top scorer in Argentina once, Colombia twice and Spain five times. To cap his sensational list of personal achievements, Di Stefano also won the Ballon d’Or twice, in 1957 and 1959.

He played for three nations—Argentina, Spain and Columbia—but never made the World Cup finals. Nevertheless, he’s a name that will always be remembered in football for the sheer amount of goals he scored in his career, and certainly a deserving name as an Argentina great.

Lionel Messi is so far ahead of his contemporaries that instead of debating his status in the modern game, the discussion has turned to his place in history.

His quicksilver dribbling and incredible ability to jink past defenders is matched by precise, cool finishing. His passing and vision is the best in world football.

That lethal combination makes him not just a joy to watch, but a priceless asset on the pitch for Barcelona and Argentina.

The diminutive Argentine has smashed all records that preceded him, is Argentina’s all-time leading goal scorer and just needs a World Cup win to be unrivalled in his claim as all-time greatest.

The way in which Diego Maradona inspired Argentina to victory at the 1986 World Cup was a thing of miracles, and we may never see the like again. El Diego was a born winner, gifted with every tool to take him to the top and a burning desire to match. He scored 34 goals from 91 caps for Argentina, winning the Golden Ball in 1986, and transformed Napoli from nobodies to champions.

On the pitch, the ex-Napoli star would ring around his opponents, making world-class defenders look ordinary on a weekly basis. Maradona will frequently make lists for the best players of all time in the majority of publications, and there’s no doubt he’s one of the greatest to have come from Argentina.