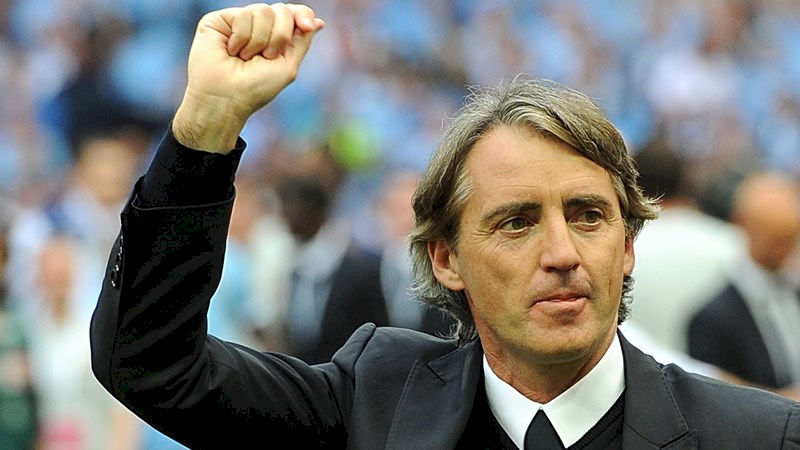 In our list of Manchester City’s most successful managers,we have ranked managers according to their win percentage only. This list does not take into account any other factors.

On 24 May 2001, Keegan returned to football as successor to Joe Royle at Manchester City, who had just been relegated from the Premier League. Keegan signed experienced international players such as Stuart Pearce, Eyal Berkovic and Ali Benarbia. That season, City were promoted as Division One champions after scoring 108 league goals.

In preparation for his second season as manager (2002–03), he signed Nicolas Anelka, Peter Schmeichel and Marc-Vivien Foé. That season saw Manchester City win against Liverpool at Anfield and take four points from Manchester United (their previous win in the Manchester derby being in September 1989), securing their Premier League status comfortably by finishing ninth. Keegan also guided City into the UEFA Cup,qualifying via the UEFA Fair Play ranking.

2004–05 season brought better form for Manchester City, but Keegan agreed to leave as manager on 10 March 2005 after expressing his desire to retire from football at the end of the season. He overall managed City in 176 games and won 77 of it ,losing 60.

Joe Mercer enjoyed great success as a manager with Manchester City between 1965 and 1971. In his first season at Maine Road, the club won the 1966 Second Division title to regain top-flight status. Two seasons later Mercer led Manchester City to the 1967-68 First Division championship, and went on to win the FA Cup (1969), League Cup (1970), and European Cup Winners’ Cup (1970).

In 1970–71 Mercer had a dispute with his assistant Malcolm Allison, after the two men became embroiled in Manchester City’s takeover battle. Mercer supported the existing Board, led by the respected Albert Alexander, while Allison supported the rival group led by Peter Swales after being promised that he would be manager in his own right.

The takeover succeeded, and Mercer was shocked to discover that his car parking space and office were removed. This led to Mercer’s departure to become manager of Coventry City. 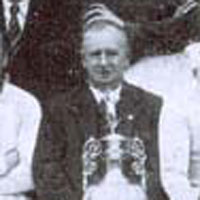 Wilf Wild is a name few modern supporters will recognise, but he is clearly one of Manchester’s greatest managers. He was City’s longest serving manager and the Club’s most successful manager of the pre-Mercer period, Wild was also the first manager to bring the League title to the Blues, and the first Manchester manager to win the FA Cup at Wembley.

He won the FA Cup in 1934,having lost in the finals in the previous season.He led Manchester City to their first ever top division league title in 1937.The team went without any defeat in the 22 matches between 26 December and the end of the season

The 1937–38 season was a marked departure from Wild’s previous success. Despite playing an attacking style of football which resulted in City scoring more goals than any other club in the division, the season ended in relegation, the only time the reigning English champions have been relegated.

Despite this setback Wild remained as manager, and the following season the club finished fifth in the Second Division. League football was then suspended following the outbreak of the Second World War. When competitive football resumed in 1946, Wild wished to step down as manager. On 2 December Sam Cowan was appointed manager and Wild returned to his former position as secretary. His fourteen years in charge make him the longest-serving manager in the club’s history. He remained club secretary until his death in 1950.

Mel Machin arrived at City after a productive career at Norwich. Machin brought much joy to City and was responsible for promotion in 1989 and for several memorable results, including the 5-1 annihilation of Alex Ferguson’s Manchester United in September 1989.

During his time at City he created a side that was a mixture of youth and experience. Men like Kenny Clements, Imre Varadi, and Neil McNab blended perfectly with products of the youth set up such as David White, Ian Brightwell, Andy Hinchcliffe and Paul Lake. He also signed players who went on to score memorable and important goals, including Tony Adcock and cult hero Trevor Morley.

On 27 November, Machin was sacked by chairman Peter Swales as the club was bottom of the division. 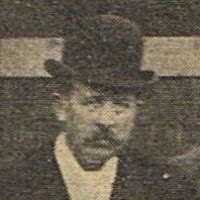 When he was appointed City manager in 1895 Omerod was expected to take the Blues on to a new level and with both Lawrence Furniss and Joshua Parlby on the club committee, it was difficult for him to have total control of team affairs. He still managed to achieve a great deal in his first season with City reaching the Test Matches (equivalent of the modern-day Play Offs) after finishing second. Sadly, the Blues failed to gain promotion, but in the seasons that followed he continued to see City challenge. They finished 6th, 3rd, and then in 1899 as Division Two Champions. This was the first season of automatic promotion and City, along with local rivals Glossop, became the first side to gain automatic promotion. It was also the first national success achieved by either of the Manchester sides.

City’s debut season in the top flight resulted in a comfortable finish in the upper mid-table, and this successful period earned Ormerod the nickname “The Wizard of Longsight“.However, the club finished bottom of the First Division in the 1901–02 season and were relegated. This, coupled with club debts of £1,000, led to Ormerod resigning in July 1902. 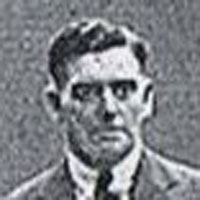 Hodge became Man City manager on 26th April 1926, at that time City had a game left in the season. A victory against Newcastle would have guaranteed survival but the game ended in a 3-2 defeat. Hodge had arrived too late to make a serious change to City’s League season.

The following close season was spent planning for an immediate return to Division One, but 1926-27 proved to be highly dramatic and, with typical City style, the entire season came down to the final match. Sadly, City missed promotion by the tightest goal average margin in history. Their 8-0 victory over Bradford City on the final day was one goal less than the required number. It was a huge disappointment.

In 1927-28 Hodge’s Blues were promoted as Champions with 59 points. They were also the most watched side in England with an average attendance of 37, 468 – a figure higher than any other League side. Hodge continued to improve the side as the Blues embarked on a golden era of popularity and success during the 1930s. He had taken a team that seemed destined to struggle and created a side heading for glory. In 1929-30 the Blues reached third place in Division One, and in 1931-32 he guided City to an FA Cup semi-final where they were unfortunate to concede a goal in the final minute.

He left City to rejoin Leicester in 1932.

Mark Hughes arrived at Eastlands in June 2008 as successor to Sven-Goran Eriksson, following a relatively successful spell in charge of Blackburn Rovers. Hughes initially made some astute signings, notably Vincent Kompany and Pablo Zabaleta who arrived from Hamburg and Espanyol respectively.

The club was again active in the January transfer window, with the signings of Wayne Bridge, Shay Given, Craig Bellamy and Nigel de Jong, but the season ended in disappointment as City finished 10th, one place lower than Eriksson had managed the previous season. Whilst City’s home form was impressive, the team struggled away from Eastlands.

Following another busy transfer window in the summer of 2009, City started the season brightly and led the table after winning the first four games. However, City’s form stuttered and the team went on a run of seven successive draws which effectively ended any hope of a title challenge. Hughes was dismissed after a 4-3 victory against Sunderland at Eastlands on 19 December.

That last victory was one of only 2 wins in 11 successive Premier League matches, and Hughes left City before their League Cup two-legged semi-final against Manchester United; he was sacked on 19 December 2009 and replaced by Roberto Mancini.

Mancini was appointed Manchester City manager in December 2009. Under his stewardship, he instilled a winning culture at the club taking Manchester City from a mid-table club to the pinnacle of English football, combining defensive solidity with attacking flair.

In the 2010–11 season, his first full season at Manchester City, Mancini guided the club to Champions League football and the FA Cup. In the 2011–12 season, Mancini guided Manchester City to the club’s first league title in 44 years in an enthralling last day of the season, winning 3–2, with two goals in injury time in what was called “the best match of the best last day of the season in English football history. Under Mancini, Manchester City progressed to the 2013 FA Cup Final, but were defeated by Wigan Athletic 1–0, as a result he was sacked on 13 May 2013.

By the time he arrived in Manchester he was known as an excellent football administrator and tactician and, by adopting the Scottish passing style, he turned City into a major force. According to a 1920s journalist, Maley built the Blues: “It was when Tom Maley came to Hyde Road that Manchester City may be said to have entered fully into their kingdom. Under his management, he built a team for the club that was comparable with the mightiest sides in the country.

Maley soon brought the Blues success. His first League game ended in a 3-1 win and the Blues went on to lift the Second Division championship in his first season. This was a remarkable achievement but more was to follow in 1903-4 when Maley’s men won the FA Cup for the first time in their history. The Blues were the first Manchester side to win a major trophy and the feat had come a mere ten years after formation as Manchester City F.C.

He won the Football League Cup and Premier League in his first season as manager, in the process becoming the first manager from outside Europe to manage a team to the English Premier League title. The title-winning season was also noted for goal scoring prowess with Manchester City scoring 151 goals in all competitions – an English football record.

On 1 February 2016, Manchester City confirmed Pellegrini was leaving in June 2016 following expiry of contract, with Pep Guardiola taking over from the 2016–17 season.

When Sam Cowan arrived as manager in December 1946 supporters and the media were delighted with the appointment. Cowan had been City’s great captain during the 1930s Cup runs.

Cowan’s influence was felt immediately with his first match ending in a 3-0 win at Newport County and his first maine Road game ending 5-1 against Barnsley. The team then embarked upon a run of 19 matches without defeat. Despite achieving the Division Two title in his first season in charge, Cowan resigned in June 1947 as his commute from Brighton caused tension with club officials. He only managed 30 matches.

On 1 February 2016, Manchester City signed Guardiola to a three-year contract for the start of the 2016–17 season. Guardiola won his first Manchester derby as a manager in a 1–2 victory; this was also his sixth win against his “rival” manager José Mourinho.

His first season at the club wasn’t a great one as he finished trophyless for the first time in his career. However, in the next two seasons City were completely dominant in England. They won the Premier League twice, League cup twice, FA Cup and community shield.

They became the first team to rack up 100 points in a Premier League season in 2017-18. Their free flowing style attracted praise from all around the world. The next mission for City and Guardiola is to win the UCL.