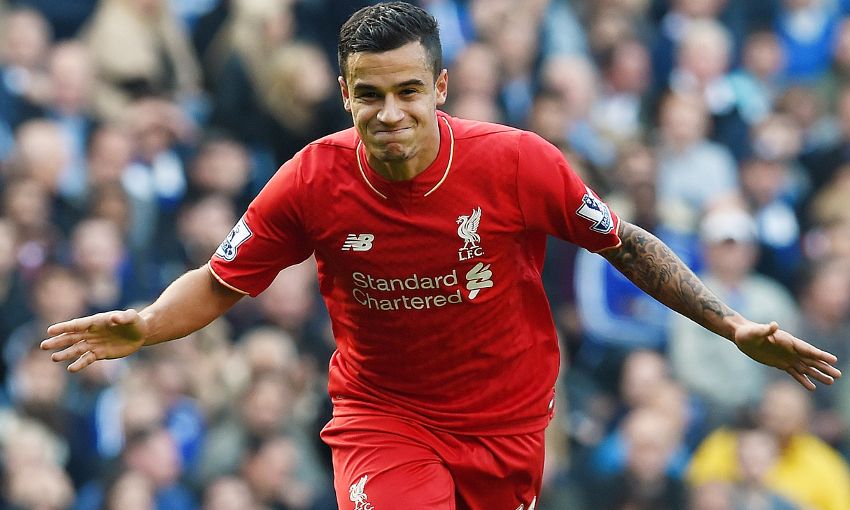 Philippe Coutinho is a Brazilian professional who plays for English club Liverpool and the Brazil national team as an attacking midfielder or winger.

Philippe Coutinho joined Liverpool in January 2013 from Inter Milan.His vision, passing, dribbling and long-range strikes have earned him the nickname Little Magician by Liverpool fans and teammates.Brazilian great Pelé tipped Coutinho for a “great future”, after he was named in the 2015 PFA Team of the Year.

His talent was evident from an early age, with comparisons being made in his homeland to several of Brazil’s modern stars  including Kaka and Ronaldinho  due to the attacking midfielder’s deft touch and creativity.

He began his career at one of Rio de Janeiro’s biggest clubs, Vasco da Gama.Alerted to his potential at 16 years old, Europe’s heavyweight clubs battled for his signature and it was Italian giants Inter Milan who won the race to conclude a transfer worth around €4million in 2008.Due to Italian rules, Coutinho was ineligible for his new club until his 18th birthday so remained at Vasco to continue his education. In 2009, he helped Brazil’s U17 side claim South American spoils, scoring in the final against Argentina. 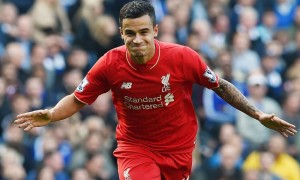 Coutinho appeared for Vasco on 43 occasions in total, netting five goals, before his transfer to Inter – then managed by former Reds boss Rafa Benitez – was completed in the summer of 2010.

“He is a young player with lots of quality. He can be the future of the club and we expect him to do very well for us,” said Benitez when the Brazilian arrived at the San Siro.

Capable of playing in any forward position, Coutinho was regularly used in a wide role by I Nerazzurri ,making his debut in the Uefa Super Cup and racking up 20 games and a single goal in 2010-11.

The Brazilian enjoyed further international success in 2011, featuring in all seven matches and finding the target three times as the U20 side lifted the U20 World Cup in Colombia.Injuries would hamper the midfielder’s progress into the Inter first team, with just eight appearances the following season before the Italians loaned Coutinho to Spanish outfit Espanyol for the second half of 2011-12.There he thrived – under the stewardship of Mauricio Pochettino, the diminutive attacker played consistently and struck five goals before returning to Inter with a first-team spot in his sights.

During 2012-13 ,Coutinho was largely used in the Europa League by boss Andrea Stramaccioni, striking twice as the Italians qualified for the knockout stages.Then after weeks of speculation regarding his future, the 21-year-old completed a move to Anfield in January 2013 as Brendan Rodgers further honed his Liverpool forward options.Coutinho was handed a first appearance for the club as a substitute during the home defeat to West Brom onFebruary 11, then found the target on his full Liverpool debut six days later with a calm finish against Swansea.

The diminutive playmaker’s sublime passing range and vision ensured he became an instantaneous favourite among Kopites, who have regularly been stunned by the creativity of the No.10.

In 2013-14, the Brazilian evolved into an all-action midfielder, equally comfortable pressing hard to win possession, and his performances were a central tenet of the Reds’ run to a second-place finish.While Liverpool endured a testing start to the 2014-15 campaign, Coutinho’s influence over the side grew, especially after Rodgers handed the playmaker a more free, attacking role in a revamped 3-4-3 formation.

Then, on February 3, 2015, Coutinho reaffirmed his commitment to the cause by signing a new long-term contract at the club.Now one of Europe’s most coveted creative midfielders, Coutinho’s sublime touch and ingenuity have become integral to Liverpool’s success, and have seen him stake an impressive claim for a spot in the Brazil side.He was in sparkling form for Liverpool in 2014-15, with his memorable strikes against Manchester City and Southampton providing two of the campaign’s highlights.

Coutinho also scooped a quartet of personal honours during the 2015 Players’ Awards.The Brazilian was voted the Reds’ Player of the Year by supporters after an online vote and was also selected as the stand-out first-team performer by his colleagues from Melwood.Coutinho’s accolades at the Echo Arena ceremony arrived as recognition for a stellar individual campaign, which included eight goals in 51 appearances by the popular No.10.One of those strikes, a searing hit into the top corner from long range past Southampton at St Mary’s in February, picked up the Goal of the Year prize from Liverpool fans too.

He was also the supporters’ selection for Performance of the Year collecting a fourth award on the evening for his match-winning display against Manchester City at Anfield.He was named in the PFA Barclays Premier League Team of the Year and took third place in the vote for the Young Player of the Year award.