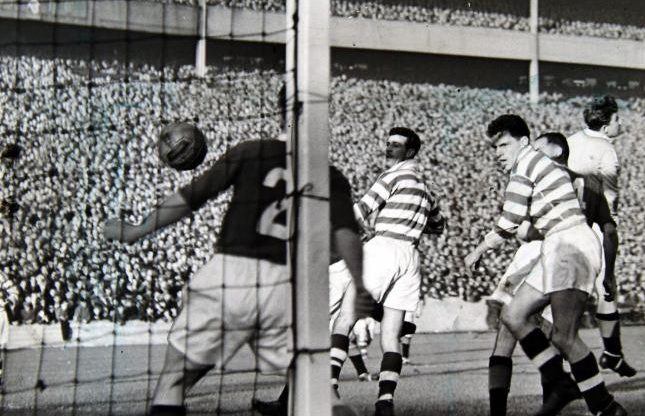 It goes beyond saying that Celtic vs Rangers rivalry is one of the biggest in world football. Old Firm is not just a battle of two teams but also two different causes and communities. In this series of ‘Old Firm Classics’ , we will have a look at some of the best derbies played between these two Glasgow teams. In this article, we are going to relive the Scottish League Cup final of 1957 , a game which ended Celtic 7-1 Rangers, biggest winning margin in official Old Firm matches.

Rangers were the reigning league champions, and the hot favourites to beat Celtic, who were in the middle of the leanest spell in their history, having only won four trophies since 1938. The match was the 12th League Cup Final, and the first contested by the Old Firm. It was held at a sunny Hampden Park in Glasgow, at 2.45pm on the afternoon of 19 October 1957.

Celtic attacked from the start, with shots hitting the post twice in the first twenty minutes. The first goal was scored by Sammy Wilson, from a Charlie Tully cross on in the 22nd minute. Rangers defended for the remainder of the first half, however in the 44th minute Neil Mochan scored a solo goal after a run down the left wing. Within eight minutes of the restart Billy McPhail scored Celtic’s third goal with a header from a Bobby Collins cross. Rangers narrowed the margin five minutes later, a goal by Simpson, however it only served to reinvigorate the Celtic attack as McPhail, then Mochan scored their second goals.

In the 80th minute, McPhail claimed his third, a hat-trick of goals all scored with his head. As the game drew to a close violence flared in among the fans, but in the final minute McPhail was fouled in the Rangers’ penalty area. He declined the opportunity to score a fourth goal, a feat never achieved by a player in an Old Firm match, instead Willie Fernie took the kick. In addition to the seven goals, Celtic hit the woodwork four times. They were permitted to keep their jerseys as a souvenir of the day.

Billy McPhail was Celtic’s hero of the day with a hat-trick; the defender John Valentine, recently signed from Queen’s Park, was the lumbering patsy who copped the flak for Rangers, never playing for the club again.

Many amongst the Celtic support believed that this result was to be the start of a serious change in fortunes for the club and would be the beginning of a happier and trophy laden period of dominance for the club. The reality, unfortunately, was to be very different with the Hoops having to wait another eight years until their Scottish cup victory in 1965, the first trophy under Stein’s tutelage.

The famous song of “Oh Hampden in the Sun, Celtic seven Rangers one” was inspired by the Celtic performance on that day at Hampden in front of over 82,293 fans.