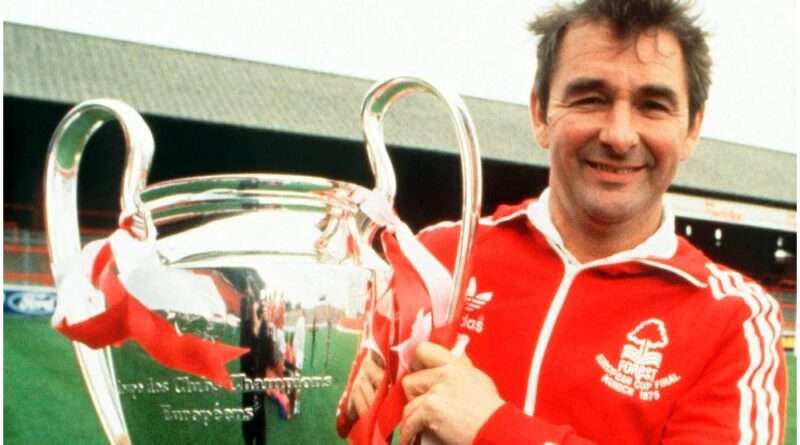 Nottingham Forest are one of the biggest football clubs in England. They have a rich history with lots of trophies. Many great managers have played a vital role in that. In this article, let us have a look at some of the greatest Nottingham Forest managers ever.

Based on the success, win percentage, style of play and fans’ opinion, here are the ten greatest Nottingham Forest managers ever.

Calderwood became Forest manager in 2006, after a successful spell with Northampton Town. His first year saw them finish fourth only to lose out to Yeovil Town over two legs in the play-offs. They came back stronger under Calderwood the next season though, finishing second to gain promotion to the Championship. He was sacked the following December with the club in the Championship relegation places.

Billy Davies had two spells as manager of Nottingham Forest. He first became the manager in 2009 and his two full seasons in charge saw him lead Forest to the Championship play-offs on both occasions finishing third in 2009-10 and sixth the year after. However, both the times they failed to gain promotion and as a result, Davies was relieved of his duties.

Forest once again turned to him during their turbulent 2012-13 campaign. He almost guided them to another play-off but they came just up short and finished eighth that term. However, his stint was overshadowed by a thorny relationship with the media and other controversies, which resulted in his sacking in 2014.

With Stuart Pierce failing to keep Nottingham Forest in the Premier League, Dave Bassett took over the manager’s seat at the Midlands’ club in March 1997. It was too late to prevent them from being relegated, but they were promoted back to the Premier League at the first attempt under Bassett’s charge after winning the 1997–98 Division One championship.

Forest made a poor start in the following season, a lot of which could be contributed to the three-way feud between the board, Bassett and star striker Pierre van Hooijdonk. Bassett was sacked in January 1999, with “player power” cited as a reason.

Harry Radford was not an official manager, as his title was Secretary. But he did everything a normal manager would, as clubs didn’t have managers back then. Before him, the club was running in an unsystematic way, but he got them into shape and eventually, Forest were elected into the Football League in 1892. All this makes him one of the greatest Nottingham Forest managers ever.