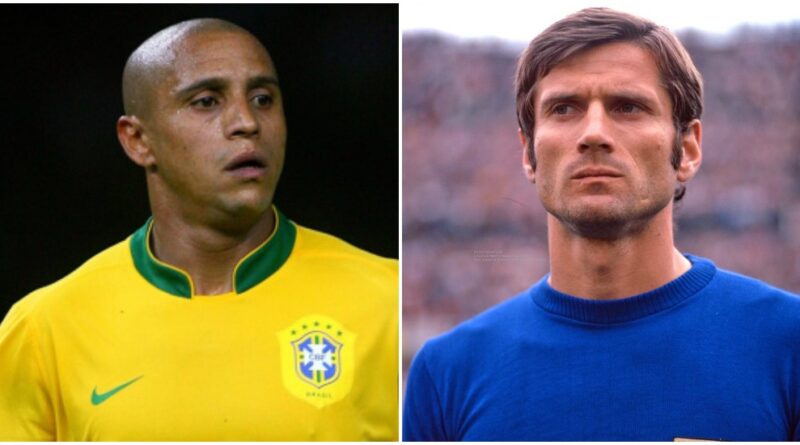 In modern-day football, a left-back plays a key role in the defensive formation and the offensive creation of a team. With teams utilising their full-backs as an attacking front, it has become a mantra to success. Over the last few years, the teams that have dominated European football, have utilised their full-backs as an attacking threat too, and clearly, that worked wonders for them. With that in mind, in this article, we take a look at the greatest left-backs of all time.

Considering various aspects like consistency, success, impact, technique, skills, and longevity, here are the greatest left-backs of all time.

When you take one look at Bixente Lizarazu, you would think that he is an easy opponent, but appearances can be deceptive. Lizarazu is regarded as one of the best full-backs of all time.

Done it all. Won it all. This is what best describes the best left-back of the 2010s. Marcelo’s contributions in Real Madrid’s three-peat are hard to ignore.

The Brazilian contributed to the four finals Real Madrid won in the Champions Trophy in five years. In 2014, he scored a goal in extra time, thus clinching the title for Los Blancos. He converted his penalty in the penalty shootouts of the 2016 Champions League final. In the 2017 finals, he provided a magnificent assist to Asensio, helping the team win 4-1. In the 2018 finals, his assist was converted to a goal thanks to a stunning bicycle kick by Gareth Bale.

Marcelo has made it to the FIFPro World XI six times, which further weighs in on his dominance as a left-back. He also made it to the France Football Team of the decade (2010-2019). All in all, he is undoubtedly one of the greatest left-backs of all time.

When you are a part of one of the most intimidating squads of all time under the greatest manager ever, it’s difficult to skip your name. Denis Irwin had a monumental career, full of accolades and trophies with Manchester United. His ability as a free-kick taker was always the focal point of his performance.

With the Red Devils, Denis Irwin spent 12 years of his career and it was nothing less than a fairy-tale. From 1990 to 2002, the Irishman enjoyed a lot of success, winning seven Premier League titles, a Champions League, three FA Cups, and much more. His performance helped Manchester United lift the treble in 1999, as he was a part of the PFA Team of the Year.

Denis Irwin made 956 career appearances and retired as the joint-most decorated Irish footballer in history with 19 honours.

Andreas Brehme was an ambipedal player who was known for his exceptional free-kick skills, long-range passes, and sublime crosses. The German scored for every club he played with, one of the reasons why he is regarded as one of the greatest left-backs of all time.

Brehme mostly played as a defender, but he would often come forward for a goal-scoring opportunity and change the game with his accuracy and shot power.

Brehme won two Bundesliga titles, a UEFA Cup, a Serie A title, and a German Cup. With the national team, he won the World Cup in 1990, where he scored the winning goal. Furthermore, he also won the Player of the Year award in 1989.

Nilton Santos is the epitome of longevity and loyalty. The Brazilian’s club career lasted for 36 long years where he made over 1000 appearances for Botafogo. He is perhaps the only one to represent a single club in over 1000 games.

Nilton Santos was one of the only defenders who could attack as brilliantly as they could defend. Nicknamed “The Encyclopaedia” for his immense knowledge of the game, Santos’ career was more about his performances with the national team.

Santos won two consecutive World Cups with Brazil, including an assist in the 1958 World Cup final. He came into the limelight after dribbling past the entire Austrian team in the 1958 cup to score one of the greatest goals in world cup history.