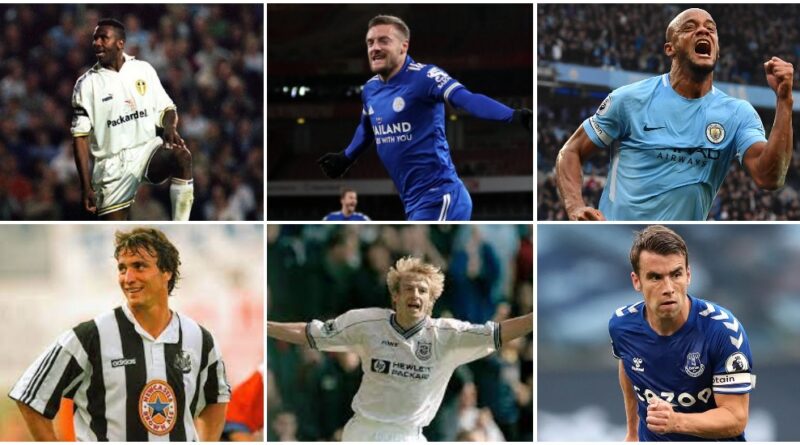 Premier League, despite being such a wealthy league, has seen some of the best bargain signings ever. No matter how wealthy a club is, everyone still loves a good bargain.

In modern football, players are being valued at extremely high prices. These prices raise many eyebrows, especially with the fact that in the past we have seen a lot of exceptional players being bought at a very reasonable price.

Without further ado, we should get on with our discussion of the 20 best bargain signings in Premier League history.

Robin van Persie is one of the very best ever Premier League strikers. But can you guess for what price tag the Dutch was bought by Arsenal from Feyenoord? He was signed for a fee of just £2.75million. He was a lethal striker who scored some quality goals for the club and used to bury difficult chances just for fun. Van Persie scored 132 goals in 278 games for the Gunners. He ended his Arsenal career as the club’s best striker post Thierry Henry.

A free transfer, Jay Jay Okocha signed for Bolton from Paris Saint-Germain in 2002. Okocha was the most expensive African player of all time when he was signed by PSG for £14 million in 1998. He was an extraordinary player before signing for Bolton and it felt like that a player of his quality belonged to a much bigger club. His technical abilities were excellent. He was a key player of the team when Bolton reached the 2004 football league cup final.

Le Saux joined Blackburn in 1993 for £700,000 from Chelsea. The English left-back did an amazing job with Blackburn. He gave such a performance that Chelsea asked Blackburn to sell them back their left-back. Blackburn sold Le Saux back to Chelsea for 5 million Pounds, which made him the most expensive defender in English football at that time. Blackburn finished second in Le Saux’s first full season and were crowned Premier League champions a year later but he missed most of that season due to an injury.

Coleman signed for Everton from Sligo Rovers in 2009 for £60,000. At the time of his signing, nobody would have guessed that the Irish right-back would go on and become such an extraordinary player. He went through a horrible leg-breaking injury back in 2017 and he hasn’t been the same player he once was. The current Everton captain has played over 350 games for the club.

Joe Hart moved from Shrewsbury to Manchester City for just £600,000 in 2006. Though Man City are famous for buying players at extremely high prices, they bought this young starlet for peanuts. During his first season with the club, he wasn’t the first-choice keeper but after the departure of Shay Given, it was his time to shine and he did that and became one of the best goalkeepers in the Premier League. He also won four Premier League Golden Glove award, which is a joint record.

Hasselbaink was signed by Leeds United for a very reasonable price of just 2 million pounds from Boavista in 1997. He was a prolific goalscorer; he had excellent shooting capabilities and could get a smooth curve on the ball. Hasselbaink started life as a Leeds player, struggling a little bit but later on, he won the Premier League golden boot award in the very next season. He is widely regarded as one of the best bargain signings in Premier League history.

Arsenal signed Anelka from PSG in 1997 for just £500,000. The investment increased many folds when he was sold to Real Madrid for £22.3m within two years. However, the profit shouldn’t obscure Anelka’s importance as a player: he replaced Ian Wright as Dennis Bergkamp’s strike partner in the Double-winning 1997/98 campaign when he struck in the FA Cup final and scored a further 19 times the following year to attract Real Madrid’s attention.