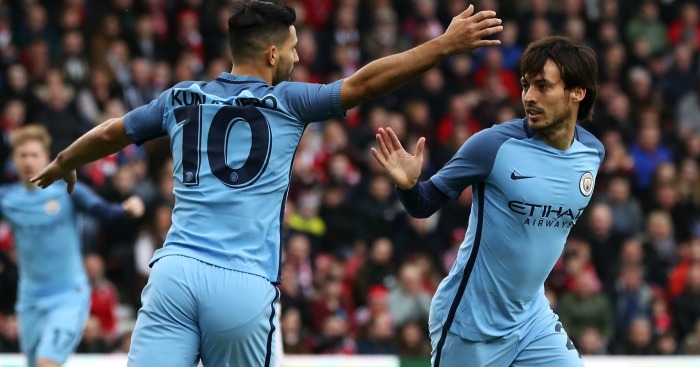 Modern football has come a long way. As the business aspects of the game look to be more and more prominent in today’s world, we get to witness a lot of foreign players come in and play in English conditions in the present age. Since the beginning of the Premier League (earlier known simply as the First Division) in 1992, football fanatics all around the globe have seen some serious talents set the British soil on fire over the decades gone by.

A team strives with success when all the players play their definitive role with full conviction. Along the years, we have witnessed some top teams of the English top tier in the ‘Invincibles’ Arsenal in 2003-04, the trophy-laden Manchester United side under Sir Alex Ferguson, the Gerrard-led Liverpool team in the 00s, the City side under Mancini and Pellegrini and Chelsea under Mourinho and Di Matteo are some of the few examples of teams which have scripted history displaying utterly flawless football without ceasing. One thing common in all these iconic sides was their bunch of foreign talents who were able to take their game to the next level amalgamating perfectly with the English players available to produce brilliant play on the field.

Keeping in mind that a good team needs quality players on each position to produce the best possible output, here’s a line-up of the Greatest Foreign Premier League XI ever:

Legendary Danish shot-stopper Schmeichel made over 390 appearances for the club over a 8-year period and also led his side to a famous treble in the 1997-98 season and is widely regarded as one of the best the country has ever seen. Prior his retirement in 2003, he also played for Aston Villa and Manchester City in the Premier League.

Following his father’s footsteps and starting his senior playing career at FK Srem in 2002, the Serbian caught the attention of many clubs after which he was signed by Chelsea in 2008. He quickly fit into the team and success followed hence which includes 3 Premier Leagues, 3 FA Cups and one each of the prestigious UEFA Champions League and the Europa League before moving to Zenit in 2017.

One of the first signings post Sheikh Mansour’s takeover at the club, Vincent Kompany has been a sturdy figure at the Etihad ever since he was appointed the skipper by Mancini. Having led City to their maiden Premier League title in 2012 and later again in 2014, he has instilled a sense of leadership at the club and is a fitting example of a perfect captain.

Spending 8 long years from 2006-14 at probably the best team in the country at that moment, Vidic had won three consecutive PL titles (five in total), the UEFA Champions League, the FIFA World Club Cup, 3 League Cup medals and was included in three consecutive (four in total) PFA Team of the Year squads from 2007 to 2009 during his eventful stay at United.

Following his successful years at Monaco from 2002-06, the attacking-minded French left-back was roped in by United in the January of 2006 which then saw him become one of the club’s most prized assets. He left the club in 2014 with 5 PL trophies, 5 FA Cups, 3 League Cups, the UEFA Champions League and the FIFA Club World Cup before he joined West Ham in 2018 to start his second innings in the league.

A man who needs little introduction to this list honed himself to perfection under the watchful eyes of Sir Alex Ferguson after he joined United in 2003 making him a global sensation after achieving numerous accolades at the club. He played a crucial role in United’s golden years winning three consecutive PL titles, a UEFA Champions League title and a FIFA Club World Cup.

An ‘Invincible’ with Arsenal in their famous 2003-04 season, Vieira arrived at Highbury in 1996. After quickly cementing his position in the starting XI, Vieira became a fan-favourite overnight showing his immense control on the pace of the game, making dream passes forward as put by his then-teammate Ian Wright. Leaving Arsenal with 3 PL titles and 3 FA Cups in 2005, he did have a second term in the league with City in 2010-11 season before retirement.

Profoundly nicknamed ‘El Mago’ or the little magician, Silva’s amazing consistency and skills on the ball have been a treat to watch for the spectators since his arrival at the City of Manchester in 2010. Still a pivotal figure at City’s busy midfield; Silva has won 2 PL trophies, 1 FA Cup and 3 League Cups in his illustrious career at the club.

The ‘Non-Flying Dutchman’ spent 11 years at the London-based club, establishing himself as one of the most feared forwards at that time. Along with Henry, Pires and Ljungberg; he turned Arsenal into one of the most attacking sides in world football. Winning 3 PL trophies and 4 FA Cups during his stay at the Highbury, he twice finished in third place for the 1993 and 1996 FIFA World Player of the Year award.

Even since his move to the Etihad in the summer of 2011, the 29-year old Argentine international has proved himself to be one of the most lethal strikers to have ever graced the English top flight. He holds the highest goals per minute ratio in the history of the Premier League and has netted 199 times in just 288 matches for the Manchester side till now and is the club’s record goal-scorer.

Perhaps the most decorated striker to have ever played for the Gunners, Henry’s move to the Highbury in 1999 saw him evolve as one the most prolific goal-scorers the world had ever seen. Under Wenger, he netted 228 times in over 370 appearances for the club making him the club’s highest scorer. His stellar performance during the 2003-04 season helped Arsenal earn the ‘Invincibles’ PL trophy and ended the season as Arsenal’s top-scorer with 30 league goals.

Checkout: Greatest Premier League XI ever taking 1 player from each side!