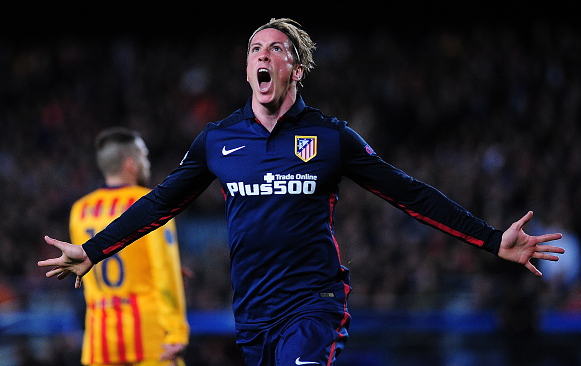 Atletico Madrid is one of the most dominating forces in Europe. Founded in 1903 by three Basque students in Madrid, it now stands as the third most successful Spanish club in UEFA competitions after Real Madrid and Barcelona.

Their famous red and white striped combination dates back to 1911 when they were nicknamed Los Colchoneros (“The Mattress Makers”), as their stripes were the same as old-fashioned mattresses.

The club now plays its home matches at the newly built Wanda Metropolitano, after shifting from Estadio Vicente Calderón in 2017. In this article, we have ranked the greatest Atletico Madrid players of all time among all the legends that played for them.

A club with such rich history obviously had seen greats play for them and elevate their status to such a position where they are now ranked amongst the best. Here is an exhaustive list of the 10 greatest Atletico Madrid players of all time – 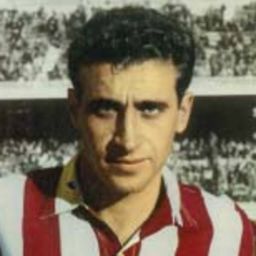 Beginning and ending his career at the Los Indios, Madrid-born Peiro proved to be one of the most influential characters in the history of the club. Scoring 92 goals in 166 games for Atletico Madrid, the attacking midfielder also had stints at a host of other prestigious clubs including Murcia on loan, Torino, Inter Milan and Roma.

He won 12 caps for the Spanish national team; scoring 5 times, including a crucial match-winner against Mexico in the 1962 World Cup which eventually ended 1-0. He also managed the club in 1990 after coming from Athletico Madrileno and Granada followed by brief coaching tenures at Murcia, Badajoz and Malaga.

Born and brought up in Mexico City, he played a pivotal role in both Atletico and Real Madrid’s success in the past. He signed as youngster at the age of 18 for Pumas de la UNAM, a professional team of Mexico’s national university, where he even got a degree in Dentistry while playing for the first team. After gaining interest from a host of European clubs after 5 successful seasons in Mexico including English giants Arsenal, he ended up signing for Atletico Madrid in 1981.

His first year at the club was not as good as he would have hoped, he gained momentum in his second season at the club and went on to win the Pichichi award in 1985, scoring 54 goals in 111 matches after which he was signed by Real Madrid where he scored 164 times in 207 appearances. He is currently the fourth highest scorer in the history of Spain’s top division and has rightfully earned his place among the greatest Atletico Madrid players of all time. 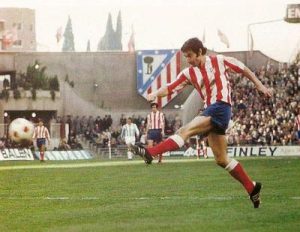 Argentina-born Spanish forward Garate began his career in SD Eibar in 1963 before a move to SD Indautxu a couple of years later. He starred in 23 matches for the club, netting 14 times following his move to the Spanish giants Atletico Madrid.

Garate played in 241 of the matches for the Los Colchoneros, successfully netting on 109 occasions in his 11-year long career at the Madrid club. He also won 18 international caps for the Spanish national team and scored 5 goals during the period of 1967-75.

Born in the city of Rosario in Uruguay, Diego Godin has played a crucial role in Atletico Madrid’s recent triumphs across all competitions. Winning the La Liga once with the club in 2013-14, the main highlight of his stay would be finishing runners-up in the Champions League twice in a period of three years (2013-14, 2015-16). He was named the best defender in La Liga for the 2015-16 season.

Making his senior debut at Cerro (2003-2006) and after the brief stints at Nacional (2006-2007) and Villareal (2007-2010), the talented centre-back appeared in more than 250 matches for Atletico and established himself as a fan-favourite. He left ATM to join Inter Milan in the summer of 2019. He is undoubtedly one of the greatest Atletico Madrid players of all time.