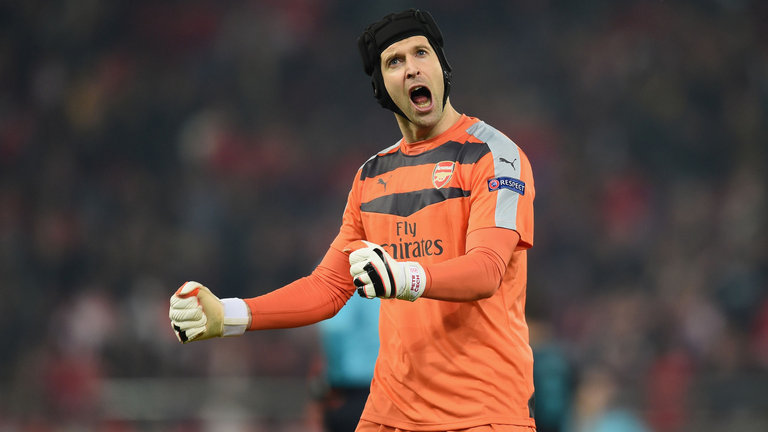 Goalkeeping is the most specialised position in football. The goalkeeper’s primary role is to prevent the opposing team from successfully moving the ball over the defended goal-line.Goalkeepers are expected to marshal the defence and to keep a clean sheet if possible.A clean sheet matters more to a goalkeeper than a goal matters to a goalscorer.So today,let us have a look at the goalkeepers with the most clean sheets in the Premier League history.

Given started his career at Celtic, however he never made a first-team appearance and he was released and signed by Blackburn Rovers on a free transfer in 1994. Given was part of both the Sunderland team who won the Football League First Division title in 1995–96 and the Swindon Town team who won the Football League Second Division title that same season, while on loan from Blackburn Rovers. He was signed by Newcastle United in 1997 for a fee of £1.5 million, and it was there that he began competing to be a first-choice Premier League goalkeeper. Given was part of the teams who came runners-up in the 1998 and 1999.

On 1 February 2009, Given transferred to Manchester City for £6 million on a four-and-a-half year contract. While Given was at Manchester City, the club qualified for the UEFA Champions League for the first time in its history after finishing third in the Premier League, as well as winning the FA Cup, though he did not appear in the league in the campaign that City reached the Champions League, nor did he play in the FA Cup. On 18 July 2011, he joined Aston Villa for a fee believed to be around £3.5 million, signing a five-year contract. Four years later, Given joined Stoke City in July 2015.

Hart began his career at his hometown club Shrewsbury Town. In 2006, he moved to top-flight Manchester City, having attracted the attention of several Premier League teams. He spent time on loan at Tranmere Rovers and Blackpool in his first season, before spending the 2009–10 season at Birmingham City.

Hart was nominated for the PFA Young Player of the Year and was voted as the Premier League goalkeeper of the 2009–10 season in recognition of his performances at Birmingham. He returned to Manchester City for the 2010–11 season and won the Golden Glove for keeping the most clean sheets throughout the Premier League season. Hart replicated this feat in the 2011–12 season and was a key player during City’s title-winning campaign.He won the Golden Glove for the third year in a row in the following season, and earned a second Premier League title in 2014. In 2015, Hart once again won the Golden Glove award for the fourth time in five years. In 2015, Hart was praised by Gianluigi Buffon who described him as one of the best goalkeeper in the world.

In the Summer of 2016,Manchester City’s manager Pep Guardiola sent him on loan to Torino,replacing him with Claudio Bravo.This decision didn’t go well with Man City fans as Joe Hart was a fan favourite at the Etihad stadium.

Schmeichel spent 9 years with Manchester United where he won Premier League 5 times,FA Cup 3 times and Champions League in 1999.He then spent a season with Aston Villa and Man City each.

During the 1997–98 season, Peter Schmeichel became the first player to keep 100 Premier League clean sheets.He made 310 appearances in the Premier League,129 of them were Clean Sheets.

Friedel is the current holder of the Premier League record for most consecutive appearances with 310, a feat he achieved during spells at Blackburn Rovers, Aston Villa and Tottenham Hotspur. Until he was left out of the Tottenham team on October 7, 2012.

In Premier League,Friedel played for Liverpool,Blackburn Rovers,Aston Villa and ultimately at Tottenham.Friedel retired from football in 2015 after spending 4 years with Tottenham and 18 years in the Premier League.

Manchester United, signed Howard in 2003. He enjoyed relative success with the club, as they won the 2003 FA Community Shield, the 2003–04 FA Cup and the 2005–06 League Cup. After United signed goalkeeper Edwin van der Sar, however, Howard chances became limited and he went on loan.

Howard was loaned to Everton to play more first-team football and eventually signed permanently with them in February 2007. On January 4, 2012, Howard scored a goal against Bolton Wanderers, making him only the fourth goalkeeper to score a goal in a Premier League match.He played 329 league games for Everton before leaving them in 2016.

Van der Sar set numerous records in his career. In the 2008–09 season he set the world league clean sheet record by not conceding a single goal for 1,311 minutes.He won numerous titles with Manchester United and is regarded as one of the greatest Manchester United players ever.

He spent nine years with the Merseyside club before leaving them on loan in 2013 for Napoli.

Having started his career with Bristol Rovers, Nigel moved to Crystal Palace where he became the first £1million goalkeeper in British football and was a member of the Palace side that lost the 1990 Cup Final and won the Full Members Cup in 1991.He played for palace till 1996.Subsequently, Martyn spent six seasons at Leeds United.

He went on to win 23 England caps. An ankle injury forced him to retire in 2006, following three seasons at Everton.

Seaman is regarded as one of the greatest Arsenal legends.During his time at Arsenal he won three league championships, four FA Cups , the League Cup in 1993 and the European Cup Winners Cup in 1994.

Seaman’s career highs came in his successful performance in UEFA Euro 96 and in Arsenal’s UEFA Cup Winners’ Cup, Premier League and FA Cup campaigns in the mid-90s and early 2000s.

He left Arsenal for Manchester City in 2003,where he played for a season and then retired from football.

He joined Leicester City on a free transfer in January 2015 and left the club at the end of their 2015–16 Premier League-winning season.

James is fourth on the list of all-time Premier League appearances, having played in 572 top-level matches, and held the Premier League record for most clean sheets with 170 until Petr Čech surpassed this record.

Having started his career with Watford, James went on to feature in the Premier League for Liverpool, Aston Villa, West Ham United, Manchester City and Portsmouth. He gained a Football League Cup winner’s medal with Liverpool in 1995, an FA Cup winner’s medal with Portsmouth in 2008, as well as runners-up medals with Aston Villa in 2000, Liverpool in 1996 and Portsmouth in 2010. In 2010, at the age of 39, he became the oldest goalkeeper to appear in an FA Cup Final.

Čech signed for Chelsea’s Premier League rivals Arsenal on a four-year contract on 29 June 2015, for a fee of around £10 million.