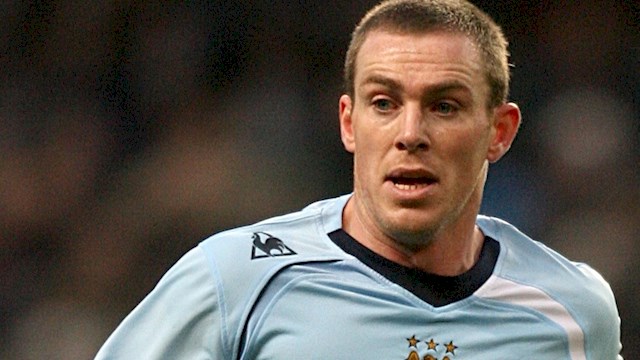 Here are the players with the most red cards in the Premier League History.

In this list,players with 6 or more red cards are included only.

Hartson is remembered for his time in the Premier League with Arsenal and West Ham United. He also took part in England’s top flight for Wimbledon, Coventry City and West Bromwich Albion.

Vidic played for Man United and is regarded as one of Man Utd’s greatest legends.Vidić collected a host of honours in his United career, including three consecutive Premier League titles (five titles in total), the UEFA Champions League, the FIFA World Club Cup, three League Cup medals, as well as being included in three consecutive (four in total) PFA Team of the Year sides from 2007 to 2009.

Andy Cole is most notably remembered for his time in the Premier League, with Manchester United, where he spent six years of his career and winning numerous trophies in the process.

Alan Smith played for Leeds United,Manchester United and Newcastle United during his time in the Premier League.

In the Premier League era he played mostly for Wimbledon FC,where he played from 1992 to 1998 before moving to QPR.

Barry has made 628 appearances in the Premier League, putting him second on the all-time appearances list behind Ryan Giggs, and top amongst current players.

Barry moved to Aston Villa from Brighton & Hove Albion as a youngster, and spent 12 years at the club. He captained Aston Villa and is eighth in their all-time list of appearances, with 441 across all competitions, of which 365 in the Premier League. In June 2009, he joined Manchester City, where he won the FA Cup in 2011 and the Premier League title the following season. After a season on loan, he joined Everton on a three-year contract in July 2014.

Gerrard spent 17 seasons at Anfield, making his Liverpool debut in 1998, cementing his place in the first team in 2000, and succeeding Sami Hyypiä as team captain in 2003. His honours include two FA Cups, three League Cups, one UEFA Champions League, one UEFA Cup, and one UEFA Super Cup.

He is one of the greatest Liverpool players ever.

Barton began his football career with Manchester City in 2002 after working his way through their youth system. His appearances in the first team gradually increased over the following five years and he made more than 150 for the club.

He then joined Newcastle United for a fee of £5.8 million in July 2007. After four years with the club, he joined Queens Park Rangers in August 2011, from where he was loaned to Marseille in 2012. He returned from his loan spell the following season, and helped QPR to promotion to the Premier League via the Championship play-offs. However, QPR were relegated again, and Barton was released at the end of the season. He signed a one-year deal to play for Burnley in 2015, helping them win promotion to the Premier League, but left to join Rangers in May 2016.He returned to Burnley again in 2017.

Keown is remembered  for his time with Arsenal where he made over 400 appearances for the club and won 10 honours.

Cattermole is a Sunderland player who have played for Middlesbrough and Wigan in the past.

An England youth product, Cattermole has earned a reputation as a tough-tackling midfielder due to his lengthy disciplinary record. He began his professional career at Middlesbrough in 2005, having progressed through the club’s academy. After making his debut for the club in January 2006, he became a regular player, and at the age of 18 years and 47 days was the youngest man to captain Middlesbrough where he made 91 appearances and scored four goals.

He switched to Wigan Athletic in July 2008. Cattermole quickly became a regular for the Latics, amassing 35 appearances in the 2008–09 season. After attracting interest from other Premier League clubs, he joined Sunderland in August 2009.

Keane was a dominating defensive midfielder, noted for his aggressive and highly competitive style of play, an attitude that helped him excel as captain of Manchester United from 1997 until his departure in 2005. Joining the club in 1993, Keane helped United achieve a sustained period of success during his twelve year tenure at the club.

Vieira is one of the greatest Arsenal players ever.He rose to prominence during a hugely successful spell at Arsenal from 1996 to 2005, where he eventually became club captain, and won three Premier League titles – one unbeaten – and four FA Cups.

Dunne began his professional career at Everton. He later spent nearly a decade at Manchester City before joining Aston Villa in 2009. In July 2013, he signed for Queens Park Rangers.