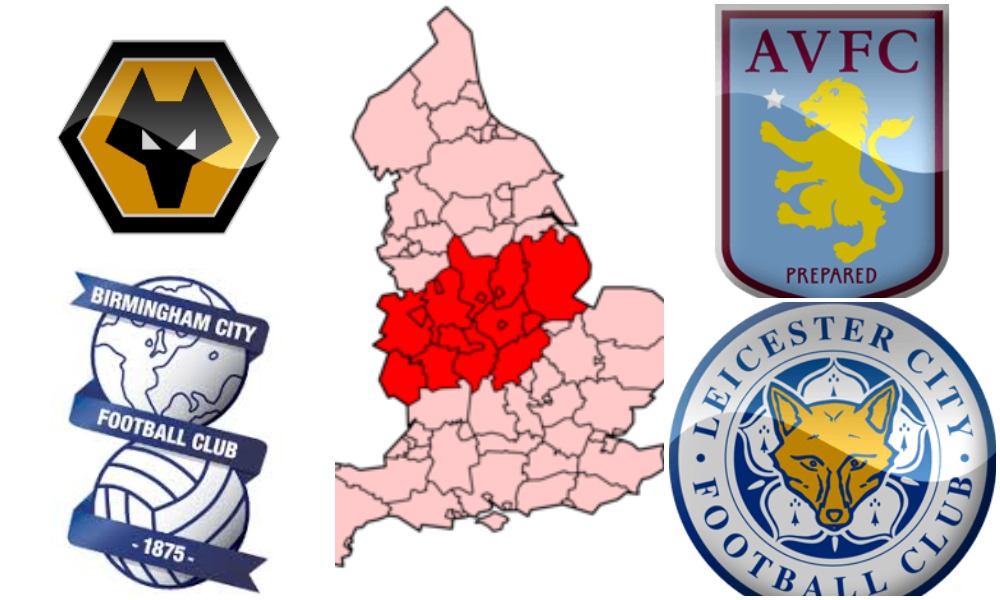 In this article, we will be having a look at some of the biggest football clubs in the Midlands. Let’s start by splitting the region down the middle. We would consider the clubs of both the halves of Midlands; East Midlands and West Midlands.

Here are the ten biggest football clubs in the Midlands.

Walsall Football Club currently competes in the fourth tier of English football. The Saddlers have enjoyed a rich history since the two leading clubs in Walsall, namely Walsall Swifts and Walsall Town, merged to form Walsall Town Swifts in 1888. Becoming Walsall in 1895, there have been plenty of highs and lows over the years for the club. They are currently regarded as one of the biggest football clubs in the Midlands.

A 30+ year run in the top division of English football capped by a win in one of the finest FA Cup finals in history had Coventry’s place at the top table pretty well established in the minds of pretty much all English football fans over the age of 30.

They went down to the Championship. Then League One. Then, briefly, League Two. Administration, losing ‘their’ ground, playing their 2019/20 season at Birmingham City’s St. Andrew’s stadium…Coventry are sliding. Following the premature end to the 2019-20 season, the club gained automatic promotion to the EFL Championship, the second tier of the English football league.

Once famed as the club of Sir Stanley Matthews, Stoke are currently battling in the English Championship. Their first, and only major trophy to date, the League Cup was won in 1972, when the team beat Chelsea 2–1. The club’s nickname is ‘The Potters’, named after the pottery industry in Stoke-on-Trent and their traditional home kit is a red and white vertically striped shirt, white shorts and stockings.

If you’re the club carrying the name of Britain’s second-biggest city, it behooves you to be quite good and, y’know, rep the name. Rep the area. Win a sodding league title at least once in your history. Or at least the national cup competition. They haven’t. Obviously. But they’re still among the biggest football clubs in the Midlands, for all that they don’t have the silverware to show for it.

One thought on “10 Biggest Football Clubs In The Midlands”