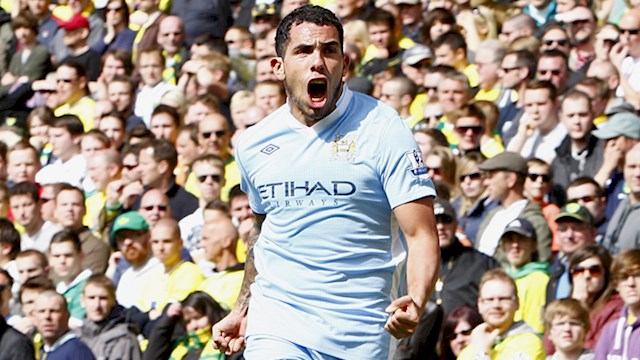 Ranking is done randomly. Here is the list of footballers who played for both Manchester Clubs –

He spent 15 years at both the Manchester Clubs,though his time at City was divided into two spells.He first joined City in 1894 and kept playing for them till 1906,making 339 league apps and scoring 129 goals.

He then moved to United in 1906 and played 303 league matches for them but could only score 35 goals.He left United in 1921 to rejoin Manchester City where he stayed till 1924 and made 28 apps in that period without finding the back of the net.

Peter Schmeichel  was voted the IFFHS World’s Best Goalkeeper in 1992 and 1993. He is best remembered for his most successful years at English club Manchester United, whom he captained to the 1999 UEFA Champions League to complete the Treble.

Manchester United signed Schmeichel on 6 August 1991 for £505,000, a price described in 2000 by Manchester United manager Alex Ferguson as the “bargain of the century.He left United in 1999.

After playing for Sporting CP and Aston Villa, Schmeichel completed a move to Manchester City in 2002, on a free transfer. He played only one season, in 2002–03. Schmeichel’s record in the Manchester derby is exceptional, in that he was never on the losing side. During his nine years with Manchester United, they were unbeaten against Manchester City, while in his single season with City, they won at Maine Road and drew at Old Trafford.

Andy Cole was a prolific scorer for the Reds following his stunning move from Newcastle United in early 1995.

A key member of the Treble-winning squad, he scored the goal against Tottenham that clinched the title, and the Nottingham-born forward later had spells at Blackburn Rovers and Fulham before returning to Manchester with City in 2005.

Cole played just 22 games in the blue half of City before injuries took their toll. 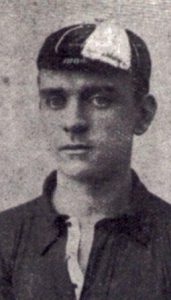 We only included him in this list is because of the unique fact that he just played 1 game for both Man City and Man Utd.

In March 1906, he transferred to Manchester United from Bury, but only played one game for them before moving to Manchester City in September 1906. His only game for United came against Chelsea in a 1-1 draw at Stamford Bridge.

Sandy Turnbull was a Scottish football player who played as a forward for both Manchester City and Manchester United in the early 20th century.

Turnbull received a lifelong ban from football in 1915 along with several others players after being found guilty of match-fixing.He was posthumously re-instated in 1919(he died in 1917).

He had a six-year career in the blue of Manchester City, appearing 236 times, winning the 1937 Charity Shield against Sunderland.

He later played for Ipswich Town and Norwich City before the Second World War brought his career to a halt.

He is one of a small number of footballers who played for both Manchester Clubs.

Born in Manchester, Barnes began his career at Manchester City. He scored in the 1976 League Cup final at the age of 18, as the “Sky Blues” beat Newcastle United 2–1. In 1976 he was voted Young Player of the Year by the Professional Footballers’ Association.

Barnes was sold by new boss Malcolm Allison in 1979, and joined West Bromwich Albion for a fee of £748,000 – a club transfer record that was not broken until Kevin Kilbane broke the £1 million barrier over 18 years later.

After spending time with Real Betis and Coventry City.Ron Atkinson subsequently signed him for Manchester United, where he was effectively an understudy to Danish winger Jesper Olsen. An unused substitute in the 1985 FA Charity Shield, he fell out of the first team picture in mid-November of the 1985–86 season, only returning to the starting eleven in October and November of the following campaign.

He was transferred back to Manchester City in 1987, but soon fell out of favour and was loaned out to Bolton Wanderers, Port Vale and Wimbledon. He left Maine Road in 1988.

Kidd was also assistant to Manchester United manager Alex Ferguson from 1991 to 1998. In this role he was pivotal in the development of a group of young footballers known as Fergie’s Fledglings.

Kidd had a long-playing career and was better known at United where he played 203 games between 1963 and 1974,where he scored 53 goals.In 1976 he joined Manchester city and racked up 98 appearances,while scoring an impressive 44 goals.

Carlos Tevez is one of the recent and most controversial footballers who played for both Manchester Clubs.Tevez was brought to the Premier League by West Ham in 2006,where he only stayed for a season.

Manchester United put forward a proposed two-year loan deal for Tevez, which was approved on 10 August 2007. He made his debut on 15 August when he started in place of the injured Wayne Rooney in a 1–1 draw against Portsmouth.He made made 97 appearances, scoring 34 goals and winning 2 Premier League titles and a Champions League among few others.

City signed Tevez in 2009 and the player went on to win another Premier League title and an FA Cup. In 113 appearances, his goal return was 58 in all competitions for the blue half of Manchester.

Undoubtedly the famous of the footballers who played for both Manchester Clubs,Denis Law is the first name that springs to mind when we talk of crossing the great divide.He is well remember remember the cheeky back-heeled goal which was said to relegate United in 1973, but the truth was that United were already gone by then. In fine style, Law didn’t celebrate the goal and immediately left the pitch.

His career as a football player began at Second Division Huddersfield Town in 1956. After four years at Huddersfield, he was signed by Manchester City for a transfer fee of £55,000, which set a new British record. Law played at City from 1960 to 1961 and then he signed for Torino in Italy.

He returned to Manchester in 1962, but this time in red.His halcyon days were in the red and he became part of the trio of players that included Charlton and Best. 237 goals in 404 appearances from 1962 to 1973, elevated Law to a god-like status and he is still one of their best remembered sons.

It concludes our list of ‘footballers who played for both Manchester Clubs’, leave your opinion in the comments below.