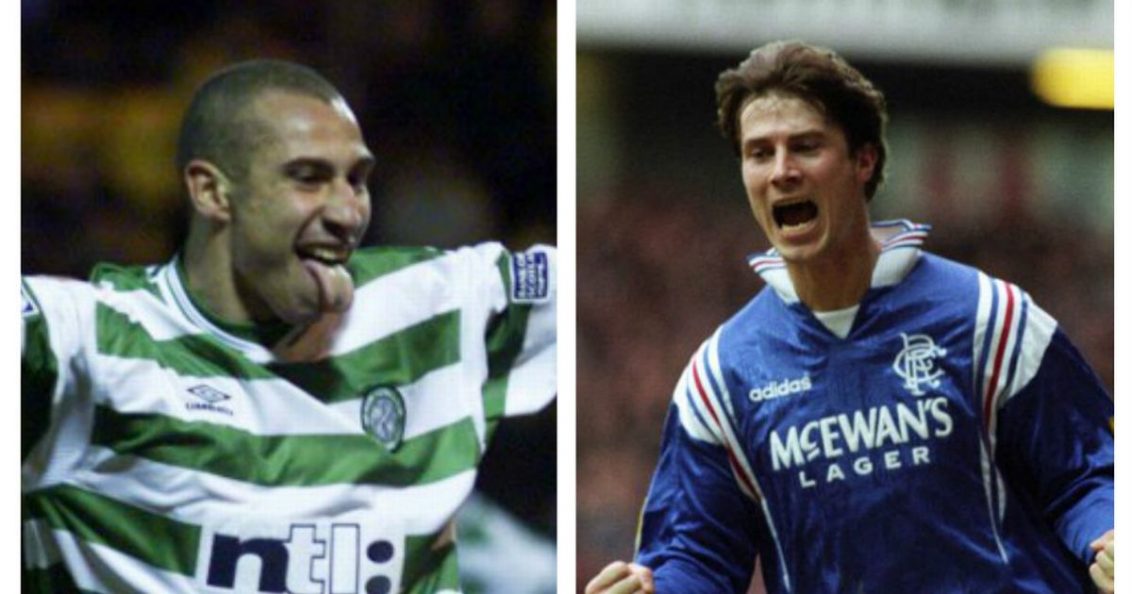 Celtic and Rangers are two of the most followed clubs in the world. Both the clubs boast a rich history and many great players were a part of that. Winning the Scottish League Championship not less than 102 times between them, the clubs are indeed the place where countless legends were born. In this article, we have decided to pick the Celtic FC greatest XI and Rangers FC greatest XI of all time.

It was quite a difficult choice to pick one of Ronnie Simpson or Packie Bonner. Simpson was a member of the Lisbon Lions while Bonner served his whole career for the Hoops. Ultimately Packie Bonner’s longevity gave him the edge over equally brilliant Ronnie Simpson.

Spotted by Sean Fallon, Bonner was invited to Glasgow for a trial. He impressed Jock Stein and became his last signing for the club in 1978. He made his debut on St Patrick’s day 1979 in a 2-1 win at home to Motherwell. Brave, athletic and a superb shot-stopper, Packie was to become a mainstay of the Celtic team throughout the 1980s and the early years of the 90s

Bonner went on to play 642 times for Celtic, with 483 league appearances. In total with Celtic, he won four League Championship medals, three Scottish Cup winners’ medals and a League Cup winners’ medal. Although he was released by manager Lou Macari in 1994, he was re-signed by Tommy Burns after Macari was sacked. His last appearance for Celtic was winning the 1995 Scottish Cup final under Burns. After the Scottish Cup Final victory over Airdrie, Bonner took on the role of player-coach and finally left the club in 1998 to work as a coach alongside former teammate Tommy Burns. Bonner is the most prolific goalkeeper in Celtic’s history and their fifth-most prolific player of all time.

With no disrespect to Alec McNair, Danny McGrain is our first choice Right-back. A great stalwart in the Celtic sides of the 70’s, he was a truly world-class player. McGrain signed for Celtic in May 1967 and became one of the so-called ‘Quality Street Gang’, the great Celtic reserve team that also included players such as Kenny Dalglish, Lou Macari, Davie Hay and George Connelly, who eventually took the places of the ageing Lisbon Lions. At first, McGrain was regarded as a midfielder but was utilised in a variety of roles in the reserve side before becoming established as a right-back.

Consistent and level headed, he managed to more than making himself known to all, and his reputation was international. He truly was world-class, and many commentators from the 1970s have said that he was the best in the world in his position. A great accolade. Celtic fans always knew about his ability, and in a poll to find out Celtic’s greatest XI, McGrain easily found a place in this alongside Jinky, McNeill and Larsson.

He went on to play 659 competitive games for Celtic between 1970 and 1987, winning seven League Championships, five Scottish Cups and two Scottish League Cups. McGrain played in the 1974 and 1982 World Cups for Scotland. His 62 caps have earned him a place in the Scotland national football team roll of honour and he was inducted to the Scottish Football Hall of Fame in 2004.

Unarguably the greatest Celtic Captain and defender ever, Billy McNeil’s inclusion was a very easy decision to make. He is best known for captaining Celtic to their European Cup triumph in May 1967 and he later went on to manage the club on two occasions.

He was signed by Celtic from the nearby junior team, Blantyre Victoria, in 1957 as a defender.  McNeill was the perfect leader and came up with more than a few famous goals including the winning goal in the 1965 Scottish Cup Final to end a seven-year trophy drought. His statue outside Celtic Park holding aloft the European Cup is a fitting reward.

A member of the Lisbon Lions, Tommy Gemmell is immortalised by scoring the equalising goal in the ultimate final as Celtic lifted the European Cup in 1967. He also bagged one in the 1970 European Cup final, making him one of only two British footballers to have scored in two European Cup finals

Signed from Coltness United in 1961, he excelled as a left-sided fullback and had powerful shooting ability. Gemmell made 418 appearances for Celtic and scored 63 goals. It wasn’t just in Scotland where his ability was recognised. In their Xmas poll of 1967, France Football magazine ranked Tommy as the sixth-best player in Europe. In 1970, a poll of sports journalists in Hungary & Brazil voted him as the best right-back in the world.

After spending 10 years with the club, Gemmell was transferred to Nottingham Forest in 1971.