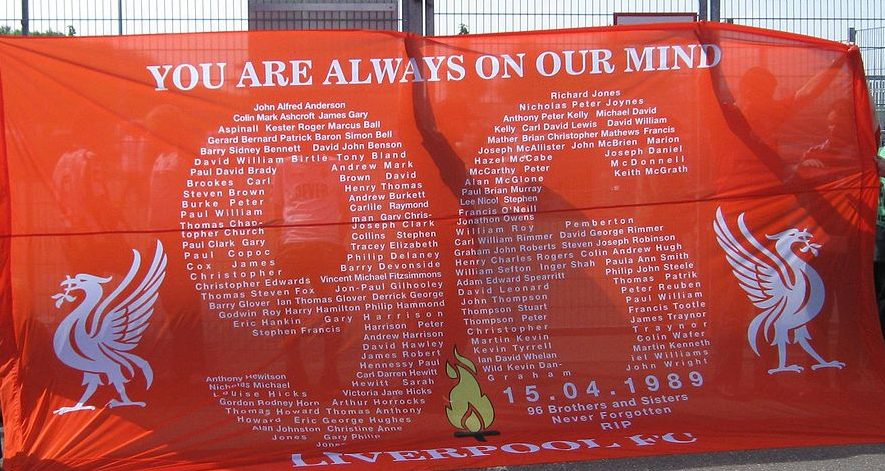 Football is a beautiful game and is played by hundreds of millions of people and watched by billions of fans each year.Football brings people of all culture and religion together,it brings happiness to the faces of millions of people around the world.However it has a dark side too,in the form of ‘disasters’.Such worst football disasters have shocked the football fraternity time and again.

Today we will have a look at such ‘Worst Football Disasters Ever’.

Very recently members of Brazilian football team Chapecoense were among 81 people on board a chartered aircraft that crashed late on 29th November,2016 in Medellin, Colombia.

The plane carrying Brazilian football team Chapecoense crashed after it was denied the opportunity to land because another plane had already started an emergency descent, according to a leaked audio message.

The aircraft, operated by charter airline LaMia, was carrying the team to the Colombian city of Medellin, where they were due to play local team Atletico Nacional in the Sudamerica Cup final.

But the plane never reached its destination. It crashed in the east of Colombia’s Antioquia department, killing 71 and leaving just six survivors, including three members of the Chapecoense team.

Sports Persons Who Died On Field

The journey was scheduled to make three refuelling stops; the first at Brazzaville, Congo, the second at Libreville, Gabon, and the third at Abidjan, Ivory Coast.

At the first stop in Brazzaville engine problems were noted. Despite this, the flight continued and a few minutes after taking off from the second stop in Libreville the left engine caught fire and failed. The pilot, who had also flown the team from a match in Mauritius the previous day, then shut down the right engine, causing the plane to lose all power during the climb out of Libreville Airport and fall into the water 500 m (550 yd) offshore.

All 25 passengers and five crew members were killed making it one of the worst football disasters.

British European flight 609, carrying the Manchester United team (famously nicknamed Busby Babes), crashed on its third attempt to take off from the Munich-Riem airport. The crash occurred because of complications from harsh weather conditions. Of the 44 on board, 23 people died in the crash or from injuries sustained, including eight players from Manchester United’s first team.

To commemorate the loss, a clock at Old Trafford stadium in Manchester was kept frozen at 3:04 p.m., the time of the crash.

The Torino team was travelling back to Turin after playing a friendly against Benfica in Lisbon, Portugal, on board the Italian Airlines flight Fiat G.212. The flight crashed into the side of the mountain because of low visibility and strong winds. The entire Torino team died in the crash which claimed the lives of all 31 people on the flight.

The team had been regarded as one of the best of its era.The crash was considered one of the worst football disasters in the history of Italian sports.

A Navy plane carrying Peru’s first-division soccer team Alianza Lima plunged into the Pacific Ocean on Dec. 8, killing 16 players and the team’s coach. The plane was returning to the capital from a game in Pucallpa, a jungle city 355 miles northeast, where Alianza had moved into first place with a 1-0 victory.

Even though Alianza was all but destroyed in the crash, the club forged ahead with the rest of the season, emboldened by players who came out of retirement to help fill the ranks.

Back in 1984, when Liverpool F.C defeated Roma, the Liverpool fans were attacked by the Roma fans. So there was already bad blood between England and Italy when Liverpool faced off against Italy’s Juventus F.C. the following year. As for Heysel Stadium, it was old and outdated. Build in 1930, parts of the stadium were crumbling. But the 1985 European Cup Final was played there anyway, and about 60,000 fans crammed in the place.

About an hour before kickoff, Liverpool fans broke through a fence and attacked Juventus supporters. The Italian fans retreated, but there was a wall behind them, which soon collapsed. The retaining wall collapse killed 39 people and hurting hundreds more.

Juventus fans then started to riot, fighting against police with rocks and bottles. The game was still played despite what was going on, with Juventus eventually winning 1-0.

After the disaster, all English football clubs were placed under indefinite ban by the UEFA from all European competitions (lifted in 1990-91). The disaster has been called “the darkest hour in the history of the UEFA competitions.”

On October 16th, 1996, Guatemala and Costa Rica were preparing for a FIFA 1998 World Cup qualifying match at the Estadio Mateo Flores. Moments before the game was to start, a surge of people entering the stadium caused a crush of fans against the fence separating the stands and the pitch. It was widely reported that approximately 50,000 people were in, or attempting to enter, the stadium which was rated to hold around 37,500. The lack of individual or designated seats made it even harder to keep track of fans. In addition to poor stadium design, the disaster was blamed on counterfeit ticket sales which caused far more people to attend the match than normal.

At least 80 people lost their lives in the panic of attempting to escape a huge hailstorm during a local match. The crowd attempted to exit the stadium through a tunnel at the south terrace but caused a fatal stampede and crush.

In addition to the 80+ killed, a further 100 people were injured too,putting it in the list of worst football disasters.

At the Hillsborough Stadium(Sheffield) FA Cup semifinal between Liverpool and Nottingham Forest had to be abandoned as a result of a human crush in two stands of the Hillsborough Stadium. Poor organisation by police assigned to the match resulted in excess fans filling into the standing-only central pens causing the death of 96 people.

Police opened one of the main gates which resulted in a huge number of fans entering. The sudden surge crushed many Liverpool fans against the riot fencing.

Second in our list of Worst Football Disasters Ever is Accra Stadium Disaster,situated in Ghana.On May 9th, 2001, the football clubs Hearts of Oak Sporting Club and Asante Kotoko faced each other at Accra Sports Stadium. Hearts of Oak won the match 2-1. Defeated, the fans of Kotoko started throwing seats and other objects onto the pitch. The police responded with tear gas and rubber bullets. This action caused panic in the crowd. Spectators were trampled and crushed as they tried to get out of the stadium and away from police. A total of 127 people were killed as a result. An investigation put blame on the police for using excessive and indiscriminate force, and several officers were charged with manslaughter. Stadium first-aid facilities were also deemed inadequate.

Harry Zakour, chief executive of Hearts of Oak, criticized police for firing up to a dozen teargas canisters in the stadium. “One would have been enough to scare the public,” he said. “It’s a very sad story.”

Anger at a disallowed goal for Peru against Argentina during a qualification match for the 1964 Tokyo Olympics resulted in the fans invading the pitch. Police fired tear gas at the crowd which caused them to panic and attempt to exit the stadium. A stampede followed and people were crushed at the steel gates causing the death of 328 people through internal haemorrhaging and asphyxia.

Poor stadium design and policies, inadequate and heavy handed policing, and a crowd which developed into an angry mob, all combined at the Estadio Nacional to produce the worst football related disaster the world has ever seen.

It concludes our list of Worst Football Disasters Ever.Please have your say in the comments below!