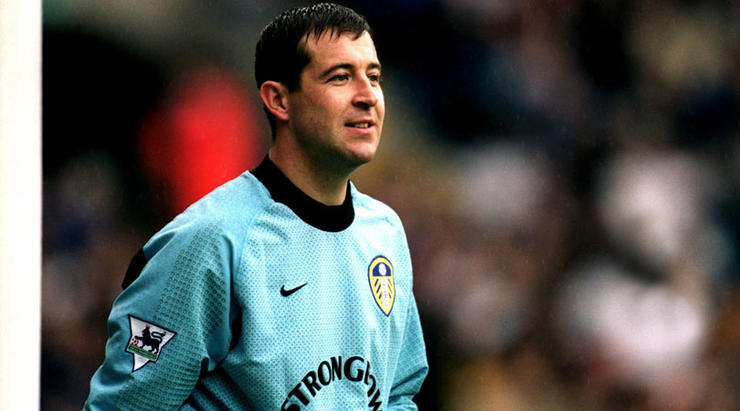 Leeds United are one of the biggest football clubs in England. They have a passionate fanbase and many great players have played for them over the years. In this article, let us have a look at some of the greatest Leeds United goalkeepers ever.

Based on performances, loyalty, longevity, success and the impact on the club, here are the five greatest Leeds United goalkeepers ever.

Hailed as a future England goalkeeper after a breathtaking start to his career, he never quite fulfilled that promise, although he enjoyed a successful second career at Leeds. Eddie Gray signed him in 1985 from Aston Villa. He proved to be an excellent buy and was a key figure in Billy Bremner’s side in the 1987 run to the FA Cup semi-final and League play-offs.

With the return of John Lukic, he was demoted to the bench. However, he stayed loyal for a couple of seasons before leaving for Carlisle United in 1993. He is, without a doubt, one of the greatest Leeds United goalkeepers ever.

John Lukic spent his entire career playing for Leeds and Arsenal. He signed for Leeds in 1978 where he succeeded David Harvey despite opposition from David Seaman and Henry Smith. He left the club in 1983 for Arsenal for £125,000. Upon returning to Leeds in 1990, he became their most expensive signing to replace the ageing Mervyn Day.  He went on to play a further 265 times, winning the First Division title in 1992.

David Harvey spent 18 years playing with Leeds United making over 400 first-team appearances. Harvey was the reserve goalkeeper for Leeds United during the late 1960s and early 1970s. Such was the brilliance of Gary Sprake that he had to make about 200 Central league appearances before establishing himself as a first-team regular and gaining a FA Cup winners medal in 1972.

Harvey played 63 times in the 1972–73 season, and played in both the FA Cup Final and the European Cup Winners Cup Final – ending up on the losing side both times. One of the greatest Leeds United goalkeepers ever, Harvey won the First Division title with Leeds in 1974.

Sparke spent more than a decade at Leeds, keeping more than 200 clean sheets, where he was known for his ability to come out to catch crossed balls floating into the box and his shot-stopping. He performed heroics against greatly superior Ferencvaros, behind an overworked defence as Leeds won the Fairs Cup, the club’s first European honour. But unfortunately for him, he was occasionally prone to some unlucky, appalling mistakes.

Sprake publicly criticised Revie for his treatment of him and so his relationship with his manager, teammates, and the Leeds supporters soured. He moved to Birmingham in 1973, for £100,000 – after an alleged estrangement from Don Revie. With Leeds, he won the Second Division title, First Division title, League Cup and two Inter-Cities Fairs Cup.

Nigel Martyn became the first £1 million goalkeeper in British football when he moved to Crystal Palace from Bristol Rovers. He moved to Leeds in 1996 for £2.25m, once again breaking the British transfer record for a goalkeeper. Even though Martyn never won a major honour with Leeds, he is the greatest Leeds United goalkeeper ever.

His shot-stopping was excellent, and his consistency was unrivalled in the Premier League era. In his first season, he kept 20 Premiership clean sheets. His experience was a key reason that David O’Leary’s young side nearly scaled the mountain both at home and in the Champions League around the turn of the Millennium.