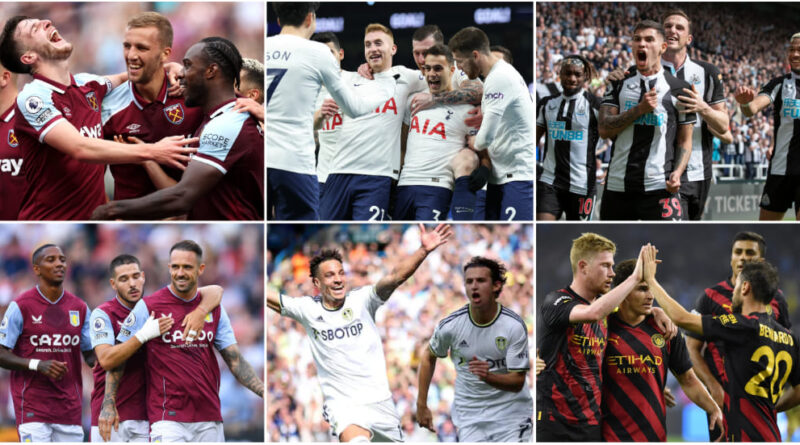 Arsenal were smart in the transfer market and have assembled a good young squad. They have started the season strongly and will be keen to continue that. The highest player in the club is Gabriel Jesus, with a weekly salary of £265,000. They have a young squad with a decent wage cap.

Spurs qualified for the UCL football on the final day of the last season. This helped them to attract some quality players. The highest-paid player in Conte’s team is Harry Kane, who gets paid £200,000 per week. Star player Heung-Min Son earns £192,000 per week.

Liverpool have a star-studded squad and the highest-paid of them is Mohamed Salah, who earns £350,000 per week. Van Dijk and Thiago are the second and third highest-paid players. New signing Cody Gakpo earns a wage of £120k per week.

Defending champions Manchester City have proved time and again that they are one of the best teams in the world. The highest-paid player in their team is Belgian playmaker Kevin De Bruyne, who earns a weekly wage of £400,000. Summe signing Erling Haaland, who has taken the league by storm, gets £375,000 per week.

Graham Potter’s side is in trouble now after early cup exits and poor league standing, even after spending a hefty amount of money on transfers and wages. Their highest-paid player is Raheem Sterling with a weekly wage of £325,000, which translates to about 17m yearly.

When it comes to player wages, the Red Devils are spending a remarkable £212m/annually on their illustrious squad. The highest-paid player in their team after the departure of Cristiano Ronaldo is David De Gea, who earns a weekly wage of £375,000. Sancho and Varane are the third and fourth highest-paid players with a weekly wage of £350,000 and £340,000 respectively.