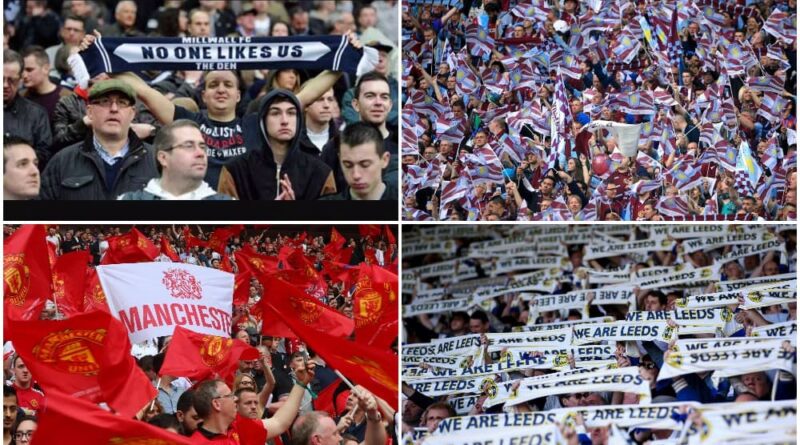 The United Kingdom has some of the biggest and most followed clubs in the World. The football rivalries there are intense and full of action patched matches. Fans are an important part of these intense rivalries, as they create a terrific atmosphere for the games to be played in. However, some fanbases may cross the lines and indulge in Hooliganism, which may lead them towards hatred of many other clubs. Apart from Hooliganism, there may be numerous reasons for a particular club to be hated. In this article, we will look into some of the most hated football clubs in England.

Here are the 20 most hated football clubs in England.

West Brom Albion were one of the 12 founding members of the Football League in 1888 and have spent the majority of their existence in the top tier of English football. They have been champions of England once, in 1919–20, and have been runners-up twice.

They have major rivalries with Aston Villa and Wolverhampton Wanderers. This put them among the most hated football clubs in England.

Based in Wales, Cardiff is the only team from outside England to have won the FA Cup, doing so in 1927. A survey by Football Fans Census in 2003 saw Swansea, Bristol City and Newport listed as Cardiff’s main three rivalries, with Stoke City matching Newport in third.

In the 1980s, a hooligan group known as the Soul Crew emerged from within the club’s fanbase. The group became notorious for their violent clashes with rival supporters and brawls between sets of supporters at football matches and other events.

Derby County was one of the 12 founder members of the Football League in 1888. The club is one of only 10 clubs to have competed in every season of the English football league system, with all but four of those being in the top two divisions.

Derby’s primary rival clubs are Nottingham Forest, Leicester City, and Leeds United. A 2008 survey named the Forest – Derby rivalry the 11th-largest in English football, revealing that nine out of 10 fans from both clubs point to the other as their fiercest rival. All this put Derby among the most hated football clubs in England.

Middlesbrough were one of the founding members of the Premier League in 1992 and became one of the first clubs to be relegated from it following the 1992–93 season. The club came close to folding in 1986 after experiencing severe financial difficulties before it was saved by a consortium led by then board member and later chairman Steve Gibson.

The club’s main rivals are Sunderland, Newcastle United and Leeds United. The hatred of these rival clubs put Middlesbrough among one of the most hated football clubs in England.

As Small Heath, they played in the Football Alliance before becoming founder members and first champions of the Football League Second Division. The most successful period in their history was in the 1950s and early 1960s.

Birmingham fans consider their main rivals to be Aston Villa, their nearest neighbours geographically, with whom they contest the Second City derby. Lesser rivalries include fellow West Midlands clubs Wolverhampton Wanderers and West Bromwich Albion. According to a 2003 Football Fans Census survey, Aston Villa fans thought of Birmingham City as their main rivals.

Sheffield United have numerous rivalries, mostly with other Yorkshire clubs. The most notable rivalry is with their city neighbours Sheffield Wednesday, with whom they contest the Steel City derby. Sheffield United’s next main rival is Leeds United from West Yorkshire. Their other main rivals are the professional clubs of South Yorkshire; Barnsley, Doncaster Rovers and Rotherham United. The Blades also have rivalries with Nottingham Forest and West Ham, making them one of the most hated football clubs in England.

Sunderland were formed in 1879 and has won six top division titles. The club have a long-standing rivalry with nearby club Newcastle United, with whom they have contested the Tyne–Wear derby since 1898. In recent seasons the club has also developed a minor rivalry with Portsmouth, mainly stemming from the clubs meeting each other 5 times in the 18/19 season.

While early hooligan firms of Sunderland fans appeared as far back as the 70s and the 80s, like the Vauxies, who were active in the late 70s and early 80s, the most famous hooligan firm is the Seaburn Casuals, named after the Seaburn area near Roker Park stadium. At the end of the 1999–2000 and the 2002–03 seasons, Sunderland topped the hooliganism table in the Premier League with 223 and 154 fan arrests, respectively.

In March 2002, the Seaburn Casuals fought with hooligans from the Newcastle Gremlins in a pre-arranged clash near the North Shields Ferry terminal, in what was described as “some of the worst football-related fighting ever witnessed in the United Kingdom”. Undoubtedly, they are one of the most hated football clubs in England.