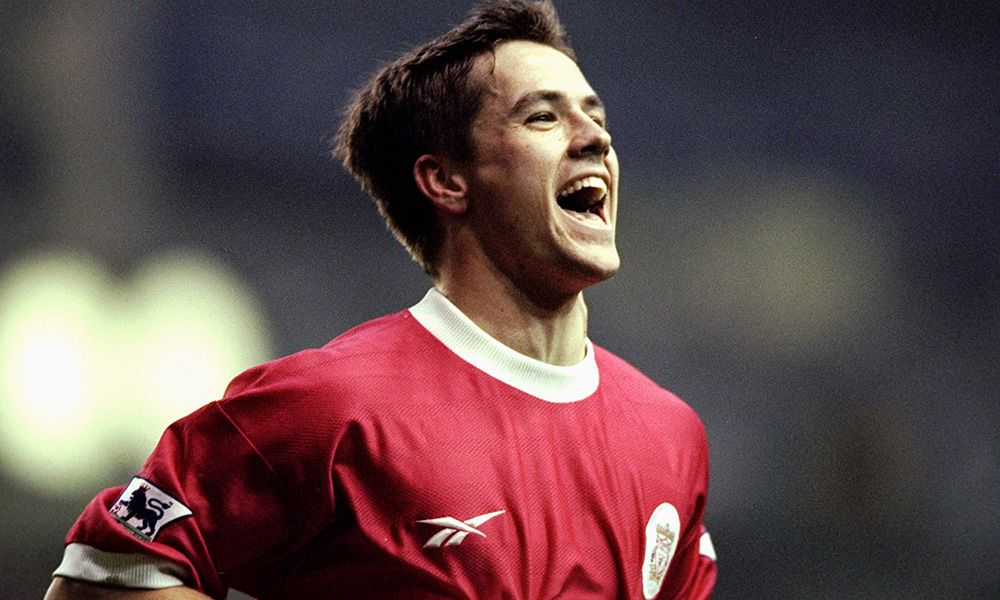 Manchester United and Liverpool are two of the biggest clubs in England. Their rivalry is one of the biggest rivalries in world football. It is considered the most famous fixture in English football.

Players, fans often consider games between the two clubs to be their biggest rivalry.

It would be considered no less than a crime by the fans if a player switch sides between these two. however, there are some players who turned out for both these clubs. Some of them were involved in direct transfer while some took indirect route. Let us have a look at 10 players who played for both Manchester United and Liverpool.

Here is the list of players who played for both Manchester United and Liverpool.

Chorlton became the first player to switch sides between these two when he left Liverpool to join Manchester United in 1912. In his eight-year spell at Liverpool he played 117 games and scored 8 goals all with penalties. His career at Manchester United never really kicked off as he played just 4 games in two-years and was eventually sold to Stalybridge Celtic.

Hopkin joined Manchester United in 1919. He missed just three games in his first season with the club and scored eight goals in 41 appearances, his first coming in a 3–3 away draw in the Manchester derby against Manchester City on 11 October 1919. He was less prolific in his second season, with just three goals in 33 appearances. Hopkin’s contract with Manchester United resulted in the club being fined £350, having illegally offered him more than the league maximum wage plus a percentage of his transfer fee.

At the end of the 1920–21 season, Hopkin was signed by Liverpool manager David Ashworth for £2,800 in May 1921. He stayed at Liverpool for 10 seasons making 360 appearances in all competitions.Left-winger Hopkin was an ‘ever-present’ during Liverpool’s 1921/22 championship season. Another title followed a year later when Hopkin missed just two matches and scored his first goal for the club against Bolton Wanderers early in March 1923.

Liverpool manager Tom Watson brought him to Anfield in February 1912 for £400. The former Hamilton star was an instant hit on Merseyside and helped the club to their first ever FA Cup final a little over two years later.

Tom’s career was curtailed by 4 years due to World War I but he did return to the Merseyside club in 1919 after the wars conclusion, he found the going good too, banging in a very respectable 13 goals in 25 matches, better than a goal every other game.

Soon he was the interest of Manchester United. He moved to Old Trafford for a club record fee of £2,000 in 1920, but made just 28 total appearances.

He was one of the best wingers in the 1980’s but he played only one game for Manchester United after signing from Canadian side Vancouver Whitecaps under Ron Atkinson in a League Cup tie in 1982.

Surprisingly Atkinson failed to see Peter’s talent and his time at Old Trafford was cut short as he would return back to Vancouver. After that Peter signed for Newcastle United in 1983 before joining Liverpool in 1987,where he played 175 games and scored 59 goals over the course of 4 years.

McNulty started his career with Manchester United in 1949 and helped United win the 1951–52 league championship. The English defender would play 57 times in the league for United before leaving for rivals Liverpool in 1954,where he stayed for 4 seasons.

Ince started his career at West Ham and after he showed a great potential at young age, he was signed by Manchester United in 1989 and became a star in a team of Bobby Robson and many stars and won a lot of trophies. Surprisingly he was sold to Inter Milan in 1995 and enjoyed two seasons in Serie A before returning to English shores to sign for Liverpool who he famously scored for against United in the unforgettable treble-winning season.

His time at Anfield unfortunately coincided with a disappointing slump for the club and an ambitious Middlesbrough snapped up a 31-year-old Ince for £1m in the summer of 1999.

Chilton joined Liverpool in 1938 as an amateur from his local colliery side in Seaham. However, he never actually got the chance to play a senior competitive game for the club before moving to Old Trafford only a few months later.

Chilton established himself as a centre half in Matt Busby’s first post-war team and helped United to triumph in the 1947–48 FA Cup and was a key member of the 1951–52 league championship winning team. He was made club captain during the 1953–54 season.He left United in 1955 for Grimsby Town.

Chisnall started his professional career with Manchester United in 1961 and went on to play 47 times for them, scoring 10 goals. In 1964, he was transferred to Liverpool for a fee of £25,000, and as of 2016 remains the last player to be transferred directly between the two rivals.

At Liverpool, he only managed two goals in eight appearances before moving on to Southend United in 1967.

The latest of the players who played for both Manchester United and Liverpool. Owen made a breakthrough into the Liverpool first team at a very young age and became a lethal striker. A talented England schoolboy International, the speedy striker ended his first season as a professional with a call-up into Glen Hoddle’s World Cup squad in France 1998. There he scored one of the best World Cup goals ever against Argentina and he became a star overnight.All this earned him a move to Real Madrid in 2004.

Having previously scored 158 goals in just under 300 appearances for Liverpool. One of the youngest players to win Ballon d’Or, Owen played for United later but did not have the best time. He lost his stardom due to successive injuries. He lost his biggest blessing that is his pace due to lack of fitness. His career at Old Trafford was mainly characterised by substitute appearances, but he endeared himself to fans with a dramatic 96th minute winner in a Manchester derby.