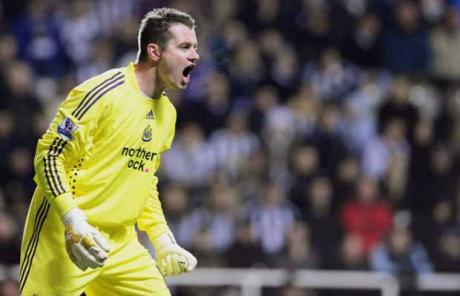 In Premier League or any football league in the world, not everyone gets the credits they deserve. With players like Kane, Aguero or De Gea always making the headlines and receiving plaudits from fans and pundits, there are certain players who work tirelessly giving their all without much praise. In this article we aim to bring some of the most underrated players in the Premier League history into limelight.

A player with five Premier League titles and a Champions League winner’s medal to his name, yet one who still some people can’t believe has ever been good enough to play for Manchester United or represent his country.

But make no mistake, those who really know what they are talking about all think one thing. Carrick has been one of the best midfielders in the European game for the past decade.

The central-midfielder flitted between the treatment room, the bench and the first-team over the last few years, before taking up a coaching role at Manchester United. His penchant for injuries saw his career at Old Trafford brought to a close sooner rather than later.

However, he was given a testimonial in June 2017 by Manchester United and its nothing less than what he deserves. He is definitely one of the most underrated players in the Premier League history.

There has been no Liverpool player more underrated in the Premier League era than Dirk Kuyt.

Having signed as a potent striker from Feyenoord in the summer of 2006, Kuyt tweaked his game to become a hugely effective right-winger. He was far from the most entertaining player, and there were plenty with more technical ability, but time and time again he delivered in big matches.

He scored the winning penalty in the shootout triumph over Chelsea in the 2007 Champions League semi-final, and scored in the final itself. He scored other vital goals in Europe, against Arsenal and Inter Milan, fired home two penalties at Goodison Park to snatch a memorable derby victory over Everton, and knocked United out of the FA Cup with a last-minute winner in front of the Kop in 2012. The list is endless.

Whenever Manchester United fans marvel about their defence of yesteryear, naturally the names Nemanja Vidic and Rio Ferdinand will be joined by the likes of Gary Neville, Ronny Johnsen and so on, but some forget the consistent heroics of Irishman Denis Irwin.

Spending over a decade at Old Trafford between 1990 and 2002, Irwin made a mighty 511 starts for the Red Devils, scoring 33 times to boot which isn’t bad for a defender.

Somebody who was completely and utterly professional under the guidance of Sir Alex Ferguson, Irwin was Mr consistent and somebody that deserves all the plaudits for his consistency .After all, he won 19 major honours in a star-studded spell at United!

Given spent most of his career at Newcastle and is a hero on Tyneside, helping them qualify for Europe on several occasions. Quite small in comparison to most goalkeepers, Given wasn’t the most secure between the sticks when he first came to the league but with experience proved himself to be one of the greatest shot stoppers. An incredible player, who after leaving Newcastle had a 2 year spell with Manchester City, where he won the FA Cup in 2011, before joining Aston Villa. Four years later, Given joined Stoke City in July 2015.
During his time with Newcastle, he was as good as any goalkeeper in the league and was included into the PFA Team OF The Year twice. He was also voted the Newcastle United FC Player Of The Year in 2005-06.
Even after all those things, he wasn’t ever appreciated much by the media, pundits or the fans from outside the clubs he played for.

He isn’t flashy and he’ll never capture a nation’s imagination, but he’s one of the best around at what he does.A lack of showboating on the field belies the fact that he’s effective, focusing on keeping it simple. On the other hand, it’s strange to think that he was tipped to be one of the biggest attacking stars as a youth.

He may not ever receive the plaudits as he lack that wow factor but James Milner has been missed at the teams he left and praised by the most talented and experienced of individuals in the game. He is undoubtedly one of the most underrated players in the Premier League history.

By the time the Premier League arrived in ‘92 Beardsley was approaching his mid-30s. Remarkably enough he was entering a golden phase: re-joining his home town club of Newcastle, he partnered Andy Cole in the most lethal strike-partnership the competition has even seen (55 goals in a single season). The newly promoted club finished 3rd, a feat impossible to imagine today.

It wasn’t the statistics, however, that made Beardsley special – everything about the way he played was extraordinary. Whether for England, Liverpool, Everton or Newcastle, he had an intelligence, and a desire to create which made good players around him look great. He said himself he found assists more satisfying than goals.

Arriving a little late on the scene might have contributed to his lack of recognition as a true great, but even the years he spent in the Premier League era, were no less than remarkable.

Claude Makelele diligently won the ball back in midfield and usually released it to a player best positioned to hurt the opposition. If such an option weren’t available, he’d pass it to the player closest to him and move into a better position which offered better passing opportunities. He scored just two goals for Chelsea and one of them was particularly memorable as it was a spectacular strike from outside the box, against arch rivals Tottenham Hotspur.

He signed for City the day before the Abu Dhabi takeover went through and always gave 100 percent every time he played for the club. He was not underrated or underappreciated by Man City fans, but outside the blue half of Manchester, he remains criminally unappreciated.

On his day King was the best defender in the Premier League bar none.Loyal to Tottenham Hotspur throughout his career, this one-club man called an end to his playing time in 2012 after 14 years as a professional.

Ledley Brenton King’s chronic knee injury limited his game time and often saw him unable to train ahead of matches. The extent of his injury problems is clear when you find out he only featured in 321 club games, meaning in all competitions, on average, he featured in 23 games per season.

Had his career started 10 years later then he’d be a £50 million centre-back in the current market. He may have also been managed better due to the enhancement of modern treatment.

It is no exaggeration to say that on his day he would have walked into any Premier League team in the country. Yes, he was that good. The media may not have appreciated his talent but his peers certainly acknowledged it.

“He is the only guy who doesn’t hold players. He will get the ball off you without you even knowing. That’s the sign of a good defender.”

Despite being the record holder for the all-time Premier League appearances, Barry has never been truly appreciated by those that haven’t watched him on a regular basis.

Barry moved to Aston Villa from Brighton & Hove Albion as a youngster, and spent 12 years at the club. He captained Aston Villa and is eighth in their all-time list of appearances, with 441 across all competitions, of which 365 in the Premier League. In June 2009, he joined Manchester City, where he won the FA Cup in 2011 and the Premier League title the following season. After a season on loan, he joined Everton on a three-year contract in July 2014. He then moved to West Brom in 2017.

“Barry was perfect,” wrote Rafa Benitez in his book, ‘Champions League Dreams’. “He could play as a central midfielder, of course, but he had some experience as an attacking left-back, which would be a useful option for home games where we were expected to go forward, and even as a left-winger.”

“I have never seen a player with such an incredible professionalism as Gareth Barry,” Roberto Martinez said in an interview.

“Gareth is one of those players who gets underrated. The reason we have so many developing young players is there are leaders in the mould of Gareth Barry. It is no coincidence when we have Gareth Barry around them.”

What he lacks in athleticism, he makes up for in nous and there are very few out there who read the game quite like him. He may not be one of English football’s greatest ever players, but Barry deserves a lot more credit for a prolonged career at the top.

As we could only include 10 players, we must have missed out on some. If you think there’s someone more underrated than the above mentioned players, let us know in the comments below.