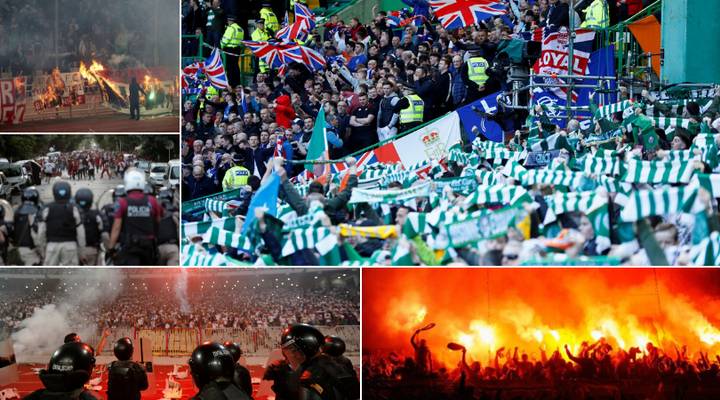 Rivalries are all around the world, in every sport, especially football. A match between two rivals is generally played with high intensity and is watched by many fans. In this article, let us have a look at some of the biggest football rivalries in the world.

Here are the 12 biggest football rivalries in the world.

Paulista Derby is a match between traditional clubs Corinthians and Palmeiras. It is the rivalry between two of the oldest football clubs still active in the city of São Paulo.

The story of Brazil’s greatest football rivalry begins with a group of Europeans. In the early 20th century, Corinthians was the team for all immigrants. In 1914, people of Italian descent decided to create their own club, Palestra Italia (later called Palmeiras, as we’ve seen). Corinthians fans and executives nicknamed them “the betrayers.”

As the years passed honours and fans were split between the two great football clubs. True to Brazilian culture, the fixture is awash with colour and sound.

The inhabitants of these cities differ extremely in both attitudes and cultures which is clearly reflected on the football pitch. The clash is seen as between the artists of Amsterdam and the workers of Rotterdam.

Ajax’s style of play has long been a source of pride for the supporters, and one of irritation for the Feyenoord fans. The Rotterdammers feel that those hailing from Amsterdam possess delusions of grandeur, and there is a saying to reflect these sentiments: “While Amsterdam dreams, Rotterdam works”.

The Eternal derby is the local derby in Belgrade, Serbia, between fierce city rivals Red Star Belgrade and Partizan Belgrade, two of the biggest and most popular sports societies in Serbia.

Out of the ashes of the Second World War, two teams were created in Belgrade. FK Partizan became the central club of the Yugoslav Army and Red Star were the civil adversary. Both can lay claim to being the supreme team in the country – it has largely been a duopoly since their inception – although Red Star’s European Cup title in 1991 sets them apart. However in a country were the game is rife with corruption allegations, this once great on-field battle has left its better days in the past.

As the teams are from the two biggest cities in Northwest Italy, the derby has also come to represent a regional rivalry. Incidents from this fixture have occasionally made its way into political debates as Turin and Milan are regional capitals and their respective regions of Piedmont and Lombardy have mostly been ruled by various opposing parties.

These two clubs are one of the most followed clubs in Italy as well as the whole World. The Derby d’Italia first got its name when the clubs involved were the most successful in the country. The clubs are ranked first and second in wins and goals in Serie A history. It is probably the most intense rivalry in Italy between clubs from two different cities.

The derby della Madonnia is one of the biggest rivalries in Serie A, Milan and Inter have been butting heads since 1908. Both clubs called Stadio Giuseppe Meazza (San Siro) their home and it has been the setting for some of the nastier games in Serie A. The two clubs were once one, but in 1908 the foundation of Inter occurred. The working class is connected to A.C. Milan while the upper class is represented by Inter.