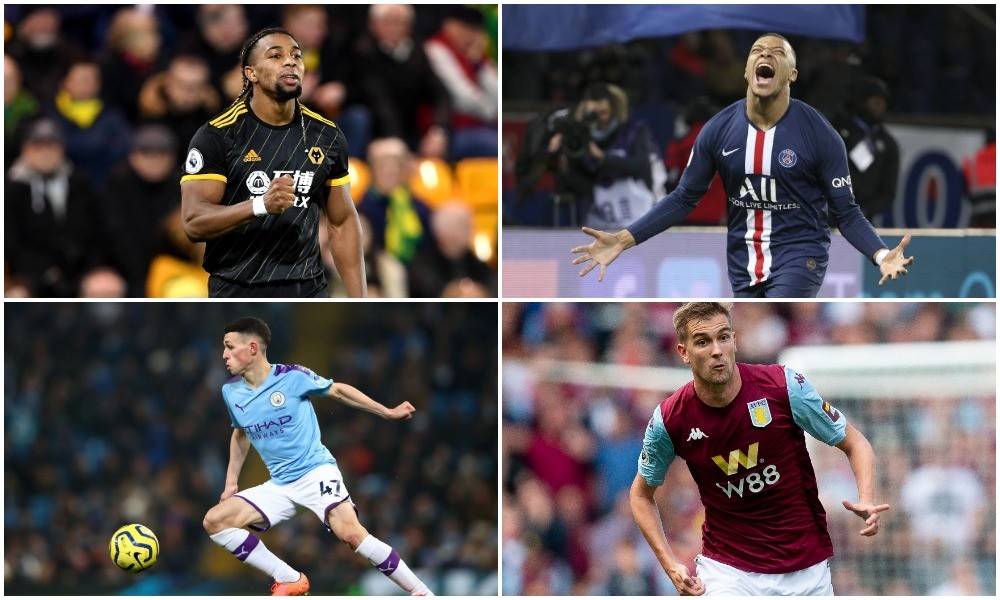 Speed is one of the most important attributes of a modern footballer. A player beating opponents with sheer pace gives so much joy to the eyes of spectators. Over the years, we have seen many speedsters blazing down the wing and dribbling past defenders to score a stunner which reflects the beauty of the game. Let us have a look at some of the fastest footballers in the world.

Before we proceed, let us tell you that this list is made on data and not on anybody’s opinion. Here are the top 10 fastest footballers in the world.

Speed has become a fundamental attribute of Ole Gunnar Solskjaer’s Manchester United and that devastating pace, particularly on the counter-attack, continues to be a potent weapon upfront.

Rashford has registered the quickest pace of any Red this campaign, after hitting 36.32 km/h against Crystal Palace at Old Trafford back in August.

Having made his Ligue 1 debut for Saint-Etienne in 2013, the French international was sold to Monaco two seasons later. After spending short loan spells at Hannover 96 and Bastia, he made a permanent move to Nice in 2017 before joining Premier League side Newcastle in the summer of 2019.

Known for his tricks and lightning pace, Maximin became an instant fan favorite helping his side stay afloat in the league. The 23-year old clocked a high speed of 36.7 km/h this season and is one of Steve Bruce’s main men in the squad.

Aston Villa defender Bjorn Engels recorded a top speed of 22.9mph this season. His name in this list of fastest footballers in the world is a huge surprise considering his towering frame.

To put things into perspective, Usain Bolt was running at an average speed of 23mph when he won the 100m sprint in the 2009 World Championships.

Pep Guardiola was wise enough to realise his vitality as a right-back who can trackback with ease given his explosive pace. Consistently remaining among the top full backs in the league along the years, Kyle has developed himself into a beast on the right flank.

He loves tearing apart opposing defenses with ease when required and banging in crosses to help his team with an extra edge over rivals. Notching up a top speed of 35.42 km/h once, he is one of the fastest players in the Premier League history.

Despite his lack of playing time in the recent seasons, Gareth Bale has always been one of the fastest players in the world. Bale has tremendous upper body strength and he uses it to great effect.

He may not be the first choice for his club right now, but he has still managed to clock a whopping 36.9 kph on the pitch. This puts him clearly ahead of the competition and makes him the fastest footballer in the world right now.

Who would have thought that Phil Foden is the fastest Manchester City player, or at least has the top speed among them. In a team with Leroy Sane, Kyle Walker and Raheem Sterling, it is quite an achievement.

Foden is seen as a replacement of David Silva. Manchester City has a lot of hopes from the youngster. He has a top speed of 37.17 kmph.

Manchester United midfielder Fred has thrown his name into the hat to become United’s fastest player, after registering the quickest pace of the Premier League season so far.

The Brazilian has certainly impressed fans in recent weeks with his combative and hard-working performances, yet blistering speed is not something we’d automatically associate with him.

Impressively, Fred was clocked sprinting at 37.29 kilometers per hour in the 1-1 draw with Everton at Old Trafford, according to statistical experts Opta.

The Irishman is proving that age is just a number when it comes to speed, out-running many opponents 10 years younger than him. Dubbed as ‘a powerful, no-nonsense striker’, Southampton forward Shane Long record sprint in the league, is 37.33 kmph against Newcastle in 2019.

The 30-year old Irish international has over 75 national caps under his name and has spent his club career in a host of teams including Reading, West Bromwich Albion and Hull City. Though he is not getting younger in the years to come, Long will still remain one of the fastest players in the Premier League history.

The Leicester defender is surprisingly the fastest player in the Premier League. Leicester City defender Caglar Soyuncu has clocked a sprint at 23.3mph, which is quicker than anyone else in the top flight.

Yes, 23.3mph! That’s quite ridiculous, especially for a center-back. No wonder the Foxes have a great defensive record, with that kind of speed at the back.

Wolves star Adama Traore is one of the fastest footballers in the world. The Molineux ace is certainly the quickest player currently plying his trade in the Premier League if you also consider consistency and not just top speed.

Remarkably, the star was once clocked at 37 kilometers per hour. This is the equivalent of 22.99 mph. He was the star of the show when Wolves beat Manchester City at the Molineux, last December.

One of the best players in the world, Mbappe is a lethal finisher and a speedster. He has the ability to burn up the pitch with his speed on the ground.  He has that extra acceleration in him to give the defenders a nightmare defending him.

Mbappe regularly uses his speed to open up opportunities in front of goal. The 20-year-old is aware of his pace and has used it to his advantage very well this season. Mbappe has a top speed of 38kmph, which is frankly terrifying.