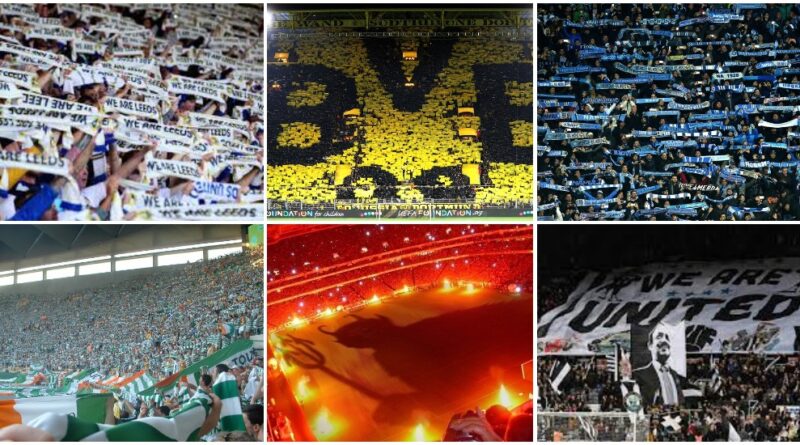 Europe has some of the world’s best football clubs. The standard of football here is generally of a much higher level compared to the rest of the world. All football players dream to play in the elite European leagues and competitions. While talking about European football, one of the first things that come to your mind is football fans. These fans are the backbone of their clubs. In this article, let us have a look at some of the most passionate football fan bases in Europe.

Here are the 15 most passionate football fan bases in Europe.

Saint-Etienne’s fans are certainly amongst the most passionate football fan bases in France. Boasting decades-long success since the 1980s, they have a fanbase that is out of this world. The last few seasons have seen Saint-Etienne battling against relegation but even during the hard times, the fans were still there to cheer them up, making so much noise you’d think they were winning.

Atletico Madrid spent the majority of their history in the shadows of neighbour Real Madrid. Despite that, they have some of the most vocal and passionate fan bases in the whole of Spain. The fans often gets compared to South American supporters due to their passion, non-stop singing and musical support they provide for the side. Atletico Madrid fans can be said to be one of the most passionate football fan bases in Europe.

Feyenoord fans are arguably the most passionate in the Netherlands, despite Ajax and PSV enjoying the majority of the success in recent years. Here, opposing teams and fans will be left feeling far from home. The bond that their fans have with the clubs is one that can’t be broken no matter what.

Rangers have one of the loudest fans in the world. The club didn’t have a great last decade but the fans were always there for the club. The atmosphere is most thrilling whenever they face Celtic. Comes the Old Firm derby day, the Ibrox Park is absolutely bouncing. The Ibrox park has a record attendance of 118,576 which is the highest ever in Scottish football history.

Possibly the most famous club on this list, Liverpool, has a huge fan following. There is hardly anything more stirring in football across the world than hearing Liverpool supporters passionately belt out ‘You’ll Never Walk Alone’. Liverpool’s supporters have always stood by their team through thick and thin. Their fans are, without a doubt,  one of the most passionate football fan bases in Europe.