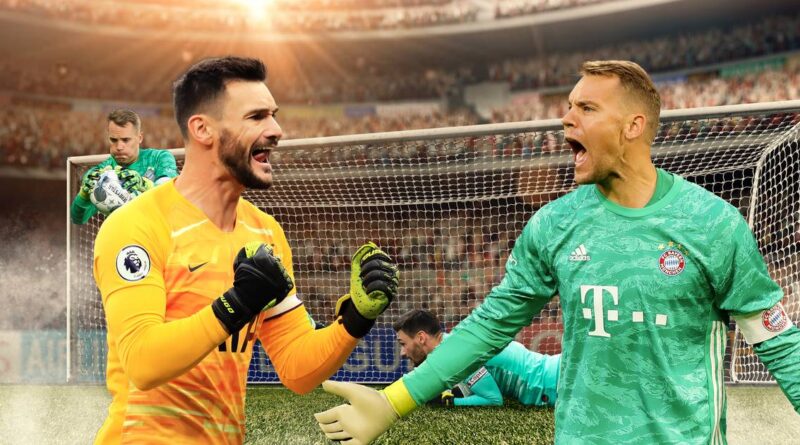 Compiling a list of the best goalkeepers in the world is one heck of a task as there are far many stand-out goalkeepers out there. A world-class goalie is an absolute necessity for a serial-winning team.

Goalkeeping is quite an onerous job, the life of a goalkeeper is not so easy as Iker Casillas once said “Being a good person is like being a goalkeeper. No matter how many goals you save, some people will only remember the one you missed”.

Apart from being hard a keeper’s job is also paramount, a keeper can win you a match with a decisive save and he can also cost you the match with absolute blunders.

But keepers sometimes are lone rescuers for their team and they don’t get the appreciation they deserve and, in this article, we are going to try and give them the credit they are worthy of, so here are some of the best goalkeepers in the world.

Here are the twelve best goalkeepers in the world.

Mistake prone you say? I say don’t let this past couple of years make you forget what a menace he was for the attackers. He was the great Manchester United’s wall and it was not a child’s play to get the ball past him. He has given some breathtaking performances in the Premier League.

His agility and reflexes are just incredible. His impulsive save with the stretched left leg versus Liverpool in 2017 is best ever as the reaction time for that save was only 0.28 seconds. In his prime years, De Gea would have definitely been on the top of this list but it’s a shame how those creeping mistakes of his have made his status so flimsy.

It is not so facile to fill the shoes of the legendary Gianluigi Buffon but Szczęsny has done a rather convincing job while still learning from the maestro Gigi himself. He had already made a name for himself before moving to Italy but his goalkeeping status has transformed over his time with Juventus.

He is an agile shot-stopper and usually makes world-class saves stretching in between the sticks. Even after the return of the veteran Gigi Buffon at the Allianz stadium, Szczęsny’s status of being the number 1 choice for the club did not change. He has a good distribution quality and a strong mentality. Szczęsny won the best goalkeeper of the season award by Serie A for the 2019-20 season.

He might not be the most eminent of all the renowned goalkeepers in the world but the Swiss shot-stopper is a talented player who plays for the German club Borussia Mönchengladbach and has performed with great prodigy last year in Bundesliga. Mönchengladbach’s defense was exceptional last year and even if the opponents did get past the stoic defense, Yan would be there to confront them.

The underrated goalkeeper has gone on to win the Switzerland footballer of the year award 2 times and has won 6 titles with the Swiss club FC Basel. He made a total of 121 saves in 2019 and has saved 17 penalties in his career. His performances during the Euro 2020 were nothing short of phenomenal. At the age of 32, he is still agile, athletic, and playing on the top level.

Hugo Lloris is currently the captain of the France national team and Tottenham Hotspur. He is quite an experienced and adroit goalkeeper. The World Cup winner has been playing for Spurs for 9 years and has made 373 appearances in which he was able to keep a clean sheet in 126 games and has saved 11 penalties.

He is a heroic player and at times alone rescuer for both club and country. Spurs have got one of the best defenses in the league, courtesy of their rigid backline, and of course Hugo Lloris. He also plays the role of a sweeper keeper and has great reflexes and a charismatic presence that intimidates the opponents.

The only goalkeeper to win 3 champions league in a row, Keylor Navas left Real Madrid in 2019 after 5 seasons in white colors. The Costa Rican has reflexes as fast as a cat. He did use to commit occasional errors in his time with Real Madrid but he was a major factor in a lot of key fixtures for the club especially in the Champions League such as the second leg semi-final tie against Bayern Munich in 2018, that was his one of the most splendid performances.

Navas settled down very quickly in PSG colors and reached the Champions League final in 2020. He was the 2017-18 UEFA goalkeeper of the year. He has won 20 major trophies in his sparkling career.

The Inter legend Samir Handanović at the age of 35 is still up and going and is considered to be the best goalkeeper in Serie A right now. He is the captain of the Nerazzurri. He has been perpetually an underrated goalkeeper for a long time. His saves sometimes defy the beliefs of the spectators and there are a lot of such saves in his career. He is regarded as one of the best goalkeepers in the world.

Handanović has been the Slovenian footballer of the year 3 times. He has played 609 career games out of which he failed to concede any goal in 210 of them. Handanović had a quiet career but he is a hardworking goalkeeper with good positioning and shot-saving abilities.