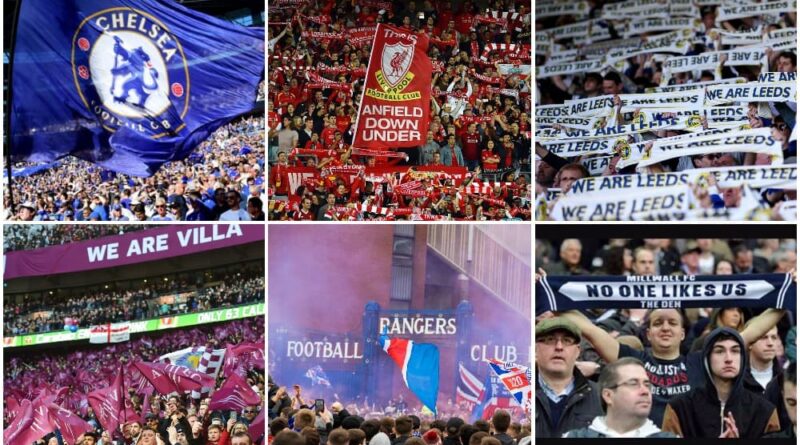 It is believed that the more successful is a club, the more is the hate it gets. Most of the clubs down in the following list are hated around the United Kingdom due to the success they achieved. There are other factors as well that drive the rivals or even their own fans to hate the club such as poor management, awful bosses, horrible performances, disrespectful and unethical fanbases.

The football played in the UK is very intense that gives birth to a lot of feisty rivalries that eventually create a great deal of hatred towards various clubs. The rivalries also make the atmosphere more electric. The more intense is the rivalry, the better is the atmosphere. The fans become violent sometimes and cross the line into hooliganism as well. There are some British clubs that are totally disdained by fans all over the UK and we listed down the top 20 most hated football clubs in the United Kingdom.

Here are the 20 most hated football clubs in the United Kingdom.

People in England don’t really like Birmingham as a city and make fun of their accent and grammar. Aston Villa are considered to be Birmingham City’s main rivals who are their nearest neighbors geographically and with whom they contest the Second City derby. It is one of the fiercest rivalries in English football and there is a sheer, unhealthy hatred between them. They loathe each other whether it is Premier League or Championship.

The hate Sheffield got was because of the atmosphere in their dressing room back in 2006-07. Their own teammates were fighting each other which shows no sportsman spirit and is embarrassing for football fans. United’s main rivals are city neighbors Sheffield Wednesday with whom they compete in the Steel City Derby. The Blades also have rivalries with Nottingham Forest, Leeds United and West Ham. These rivalries make them one of the most hated clubs in Britain.

Sunderland is mostly hated by their lifelong rival Newcastle United and they also have a little bit of rivalry with Portsmouth and Middlesbrough. Sunderland is also hated due to their Hooligan firms back in the ’70s and the 80’s. At the end of the 1999–2000 and the 2002–03 seasons, Sunderland topped the hooliganism table in the Premier League with 223 and 154 fan arrests, respectively. The fans are also said to be demanding and are never happy with whatever the management does for them.

Probably the only club from Wales that is hated so much all over the United Kingdom. A pervading sense of capital city arrogance has always made it easy for Welsh fans to loathe Cardiff. The 2000-01 team of Cardiff city is their most hated team when Sam Hammam arrived who was pretentiously describing his new club as the ‘Barcelona of Wales’. They have long-standing rivalries with Swansea City and Bristol City. They are one of the most hated football clubs in the United Kingdom.

Most of the hate Hearts receive is from their arch-rivals Hibernian FC. The chairman of Heart of Midlothian Wallace Mercer once proposed to takeover Hibernian, keep the name Hearts, and just sell Easter Road. They are probably the most hated club in Scotland outside the Old Firm. Another reason might be the jealousy combined with a need and fear of keeping them ‘in their place’. Another reason might be the media factor of how they are portrayed.