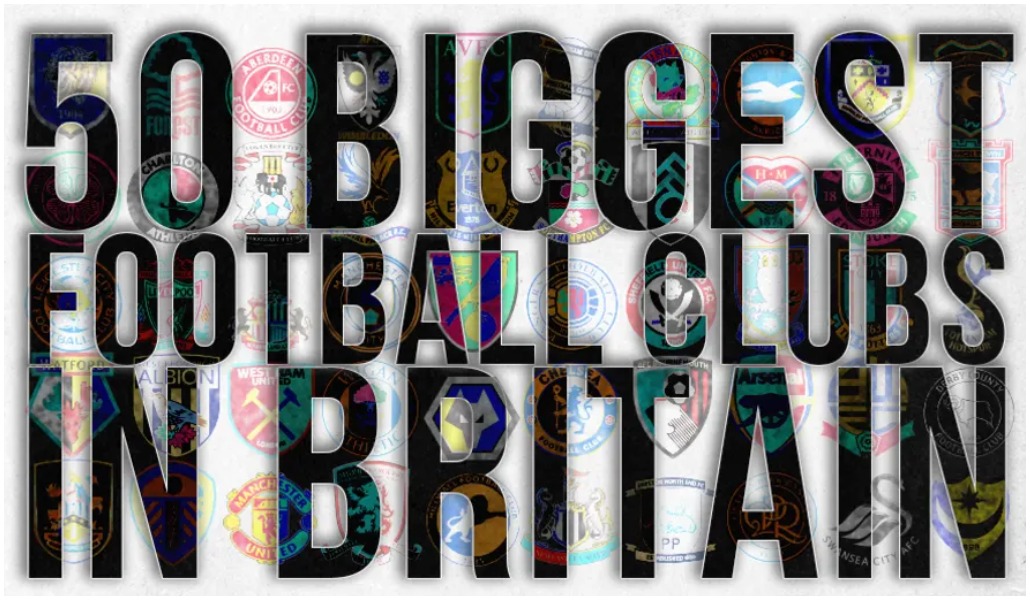 Here are the 50 biggest football clubs in the UK.

Watford recognizes its foundation as 1881, aligned with that of its antecedent, Watford Rovers, and was established as Watford Football Club in 1898. They have never won a major trophy in their history.

Middlesbrough are currently competing in the EFL Championship, the second tier of English football. They’ve got a good fanbase and a lot of nostalgia behind them. They share rivalries with Newcastle and Sunderland, resulting in an intense derby atmosphere.

If it wasn’t for a run of four defeats in six games at the business end of the season, Norwich City could have been the very first Premier League champions. As it was, the relegation-tipped side – with the likes of Ruel Fox, Efan Ekoku and Chris Sutton in their squad – fell to third behind Aston Villa and winners Manchester United. They’ve been a yo-yo club ever since, never finishing in the top half of the Premier League in the several years hence.

If you’re the club carrying the name of Britain’s second-biggest city, it behoves you to be quite good and, you know, rep the name. Rep the area. Win a sodding league title at least once in your history. Or at least the national cup competition. They haven’t. Obviously. But they’re still a big club in a big city, for all that they don’t have the silverware to show for it.

Fulham is the oldest team in London. They call the cozy, Craven Cottage home and wreck havoc on visitors. They went to the Final of the Europa League in 2010 against Atletico Madrid and lost 2-1 in extra time. Fulham won the UEFA Intertoto Cup in 2002 and were runners-up in the 1975 FA Cup.

Sheffield United were the first club in English football to achieve promotion from the newly formed Second Division to the First Division in 1892-93. The club was also a founder member of the Premier League in the 1992–93 season. They have won the league titles once and the FA Cup four times. They are one of the biggest football clubs in the UK.

Derby are a club for two distinct generations of English football fans – those who remember their successes in the 70s; the First Division titles, the European Cup semi-final and such, and those who remember Mart Poom, Deon Burton, Dean Sturridge and the rest of the squad from the turn of the century. Unfortunately, the only season they’ve spent in the Premier League since 2002 was the worst season any club has ever had in the decision. Still, they are one of the biggest football clubs in the UK.

Once famed as the club of Sir Stanley Matthews, Stoke are currently battling in the English Championship. Their first, and only major trophy to date, the League Cup was won in 1972, when the team beat Chelsea 2–1. The club’s nickname is ‘The Potters’, named after the pottery industry in Stoke-on-Trent and their traditional home kit is a red and white vertically striped shirt, white shorts and stockings.

2 thoughts on “Ranked : 50 Biggest Football Clubs In The UK”