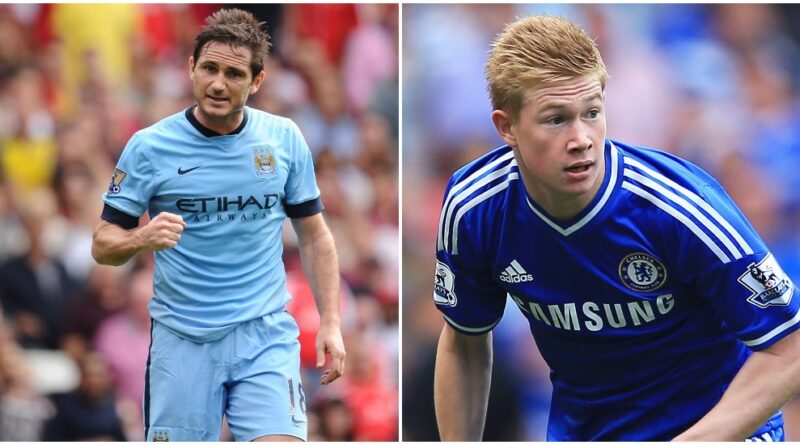 Here are the top 10 players who played for both Chelsea and Manchester City.

George Weah had an interesting spell for both teams. He initially joined the London club on loan from AC Milan for the second half of the 1999-2000 campaign, where he was part of the FA Cup-winning side that year.

A move to the Sky Blues followed in the summer, but a spell in Manchester was short-lived after he fell out with manager Joe Royle due to his lack of game-time. He is one of the most famous players who played for both Chelsea and Manchester City.

City signed the Argentine from Malaga in 2014 and played as a back-up for Joe Hart in his days at the club. He made 47 appearances for Manchester City in 3 seasons and won the League Cup in the 2015-16 season.

He, however, left for Chelsea in 2017 on a free, after City failed to renew his contract upon expiry. He spent four seasons with the club and won three trophies with the Blues.

The late David Rocastle was part of the Sky Blues squad for the duration of the 1993-94 season. He featured 21 times for the team, scoring twice, and finished ninth in the league.

His next move was to Chelsea, where Rocastle spent four years, making 37 appearances and being a runner-up in the UEFA Cup Winners Cup in 1995. During his career, he earned 14 caps for England.

Former Ireland international Terry Phelan plied his trade for City between 1992 and 1995, making over 100 appearances for the club. Arguably the best goal of Phelan’s career came at Maine Road for City in an FA Cup tie against Tottenham Hotspur when the full-back ran the length of the pitch skipping several challenges and keeping his cool to slot home.

Phelan moved to Chelsea in November 1995. The left-back’s tenure in London wasn’t as memorable as that in Manchester, with minimal game-time.