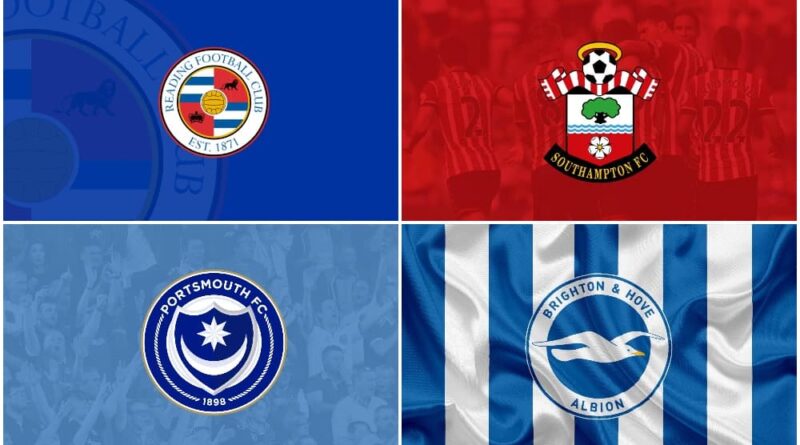 South East England has many lesser-known clubs. Some of the clubs might also be famous all around the world as they play in the Premier League, some of them have won the League title, some of the clubs play in the championship (second-tier English Football League) and some of them have also won the Championship. A few of the clubs also play in less famous leagues. Big clubs like Southampton, Portsmouth, Brighton, and Reading are also from this region. Other clubs of the area will also be discussed in the article you are about to read below.

Dover FC was the first football club in Dover it was then dissipated to form Dover Athletic FC in 1983. They played In the Southern League till 2004 after which the club was transferred to Isthmian League (Which is a league including mostly semi-professional clubs from Greater London, East, and South East England). They played there for one season and then they were relegated after facing financial difficulties. The club currently competes in the National League, the fifth tier of English football. They have won the Southern League Premier Division two times.

Founded in 1896 Crawley town FC remained in junior football until they entered the Sussex County League in 1951. The club then switched to the Metropolitan League in 1956 and won the Metropolitan League Cup in 1959. Crawley town gained semi-professional status in 1962 and moved into the Southern League the next year. After being promoted from Southern League they remained in the Premier division for the next 21 years. They are regarded as one of the biggest football clubs in South-East England.

Also known as MK Dons, they are a very recently founded club in 2004 (Continuation of Wimbledon FC founded in 1889). Formerly known as Wimbledon FC, the club changed its name, badge and home colours when they relocated from South London away from its original fans. They won the League Two title after moving to the current home ground Stadium MK in 2007-08. They were also promoted out of League two to the Championship in 2015 but relegated back again one year later.

Also known as “Gills”, Gillingham FC is located in a large town in the county of Kent in South East England. They were originally named New Brompton FC at the time of their inception in 1893 and took their present name in 1913. Gillingham joined English Football League in 1920 and was voted out in 1938 but came back in 1950. The club has been playing in the third tier of English football since winning the League 2 title back in 2012-13. Gillingham FC has won the fourth-tier English football league two times.