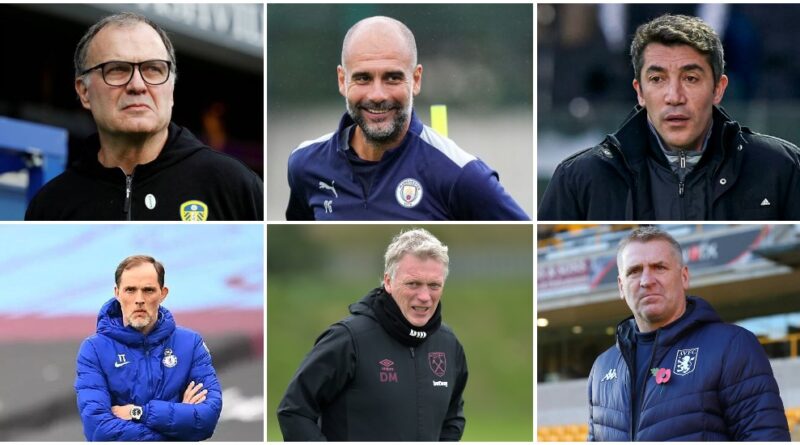 Premier League has always been blessed with some great managers, probably the best in the world. Managers like Sir Alex Ferguson, Arsène Wenger, Jose Mourinho have graced the Premier League with their sheer brilliance. These managers have accomplished huge success in the Premier League as well as all over Europe.

In football, managers have a far more imperative role than in any other sport. All the intricate tactics they develop are very clinical for their team. Even nowadays the Premier League is sanctified by many intelligent coaches. In this article, we will have a look at the best Premier League managers by ranking them from worst to best.

Here are the best Premier League managers ranked. The ranking is based on their performances over the last couple of years. Tottenham and Sheffield United are not included as they are without a permanent manager.

Daniel Farke’s record in the Premier League is poor. In Sept 2021, he lost his 15th consecutive Premier League game in charge of Norwich, a record for a club or a manager in English top-flight history. The team has lost the first five games of this season so far. They will have to do well to turn things around.

A fairly inexperienced manager, Xisco Munoz is the manager of Watford. His team has made a decent start to the season, with six points in the first five games. He will have to do really well to survive in the Premier League with this Watford team.

Steve’s a boyhood Newcastle fan who took over Rafa Benitez as the new gaffer of the St James’ Park club on July 17, 2019. The former Manchester United man has not won any silver wear in his managerial career but he is a veteran of English football and has been managing in England since 1998. The Magpies are currently sitting in 18th place in the league, with just two points in the first five games.

Hasenhüttl’s men defeated the very in-form Everton and also drew with Chelsea at the Stamford Bridge last season. The Saints finished 15th in the Premier League table last and also reached the semifinal of the FA Cup, eventually losing to Leicester. The fans will hope to see a better outing this time around.

Wolverhampton Wanderers have looked to refresh their style of play, bringing in former Benfica coach Bruno Lage to replace Nuno Espirito Santo. Wolves seemed to have lost a bit of their drive last season, and although Santo had done a great job at Molineux, a change was deemed necessary to stop Wolves from becoming stale. Lage could be the perfect shot in the arm that Wolves need.

Crystal Palace have taken the biggest risk with their appointment of former Arsenal and France star Patrick Vieira. The Arsenal legend is the 15th Premier League champion who has gone on to manage in the competition. The last time Palace took a risk replacing a tried and trusted manager was in 2017 when Sam Allardyce was replaced by Frank de Boer, who lasted just four games and never saw his team score a Premier League goal. It will be interesting to see how this tenure pans out.

Thomas Frank became the manager of the club in 2018 and led them to their first-ever Premier League promotion in 2021. Frank will look to continue the fine form in Premier League, transforming this underdog side into a top-flight team. His promising rise to the top will be somewhat of a story to tell as he has not seen an easy route as many managers may have had. His tactical prowess is likely to be the reason why he could become Denmark’s finest manager in years to come.