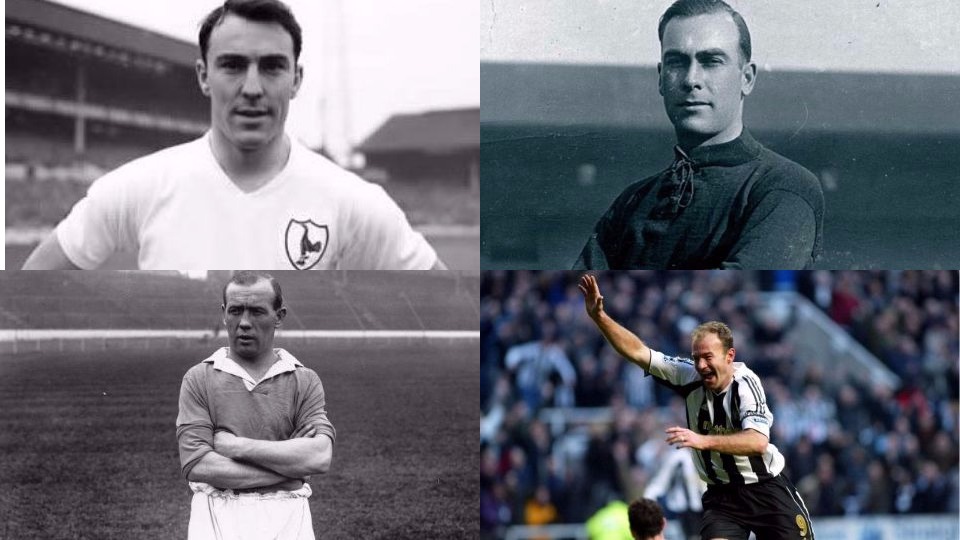 Most of us know that Alan Shearer is the Premier League’s top goalscorer of all time, but who holds the same record in England’s First Division of football history(including Premier League)? We have got the answer in this article, in which we are covering the top 10 goalscorers in England’s top division since its start in 1888.

Here are the top 10 goalscorers in England’s top division.

Gallacher was a centre-forward who played for different clubs, most notably for Newcastle United and Chelsea. Gallacher lacked height and weight but he had excellent ball control, guile and instinct, being able to go past opposing defenders with ease. He posed a constant threat for any defence as he possessed grand strike power.

He spent five seasons at Newcastle and scored 143 goals in 174 appearances. His strike rate of over 82% is the most prolific in Newcastle FC history. He stills holds the record for most goals in a single season for Newcastle when he scored 36 goals in 38 league games in 1926-27 that helped Newcastle to secure the league title that season.

He left Newcastle to join Chelsea in 1930. In his four seasons at that club, Gallacher was Chelsea’s top scorer. He totalled 81 goals in his 144 games. Apart from Newcastle and Chelsea, he also played for Derby County, Notts County and a few more. 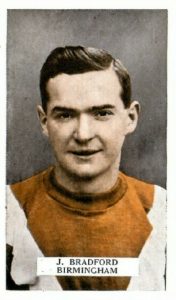 Birmingham City legend, Joe Bradford was one of the finest goalscorers of his day, a marksman with formidable shooting power. He was fast over a short distance, could use both feet and was a fine header of the ball.

Bradford is Birmingham’s all-time leading goalscorer. He topped the club’s scoring charts in all but one First Division season between 1921–22 and 1932–33. He helped Birmingham win the Second Division title in 1921 and scored for the losing Birmingham side against West Brom in the 1931 FA Cup Final.

After leaving Blues in 1935, Bradford played for one season at Bristol City and then retired in May 1936.

A one-team man, Nat Lofthouse spent his entire club career with Bolton Wanderers. Born on Aug 27, 1925, Lofthouse was raised in the Bolton schools system. He signed for his local club as an amateur in 1939, working as a Bevin Boy in Mossley Colliery, before making his league debut in 1946.

Lofthouse could have moved elsewhere in his career, and wealthy Fiorentina tracked him for a while, but he remained staunch in his commitment to Bolton. He featured in the 1953 Matthews Cup final, the year he was voted Footballer of the Year, and scored twice against Manchester United in the 1958 final.

With England national team, he scored 30 goals in 33 games. He has best goals-per-game ratios of any player to represent England at the highest level.

A tall, elegant centre forward, Buchan was highly successful at Sunderland. With Sunderland, he won the 1912–13 First Division title and narrowly missed out on the Double, losing the FA Cup final 1–0 to Aston Villa.

He was frequently described as the best footballer in the country in his time. Buchan was Sunderland’s leading scorer for seven of the eight seasons from 1912–13 to 1923–24. He is Sunderland’s all-time record League goalscorer, with 209 goals.

In 1925, at nearly 34 years of age, Buchan joined Herbert Chapman’s Arsenal and made his debut for Arsenal in a North London derby on August 29. Despite his age, Charlie was a near ever-present in Chapman’s forward line, hitting 56 goals in 120 starts. He also captained the Gunners to their first FA Cup Final in 1927 which they famously lost to Cardiff.

Buchan retired from football in 1928 and went on to become a journalist with the Daily News before co-founding the Football Writers’ Association in 1947.

An inside forward, David Jack played for three clubs namely Plymouth Argyle, Bolton Wanderers and Arsenal. He scored more than a century of goals for both the latter clubs. He is considered one of the finest players of his generation.

David Jack started his career with Plymouth in 1919 making his debut in 1920. In late 1920 he returned to the town of his birth, signing for Bolton Wanderers for £3,500. While with Bolton, he made history by being the first person to score a goal at Wembley Stadium, in the 1923 FA Cup Final; Bolton won 2–0 and Jack earned his first medal. He continued to have success with Bolton, winning the FA Cup again in 1925–26, scoring the only goal in a 1–0 win over Manchester City. He was the club’s top scorer for five of the eight seasons he was there, scoring 144 goals in 295 league matches and still he is Bolton’s third highest goalscorer.

In October 1928  Arsenal smashed the British transfer record to sign him, paying £10,980 for his services. He scored 25 goals in the 31 games he played in his first season at Arsenal and was their top scorer. The following season he became the first player to win the FA Cup for 2 different clubs at Wembley as Arsenal beat Huddersfield 2-0 in the final.