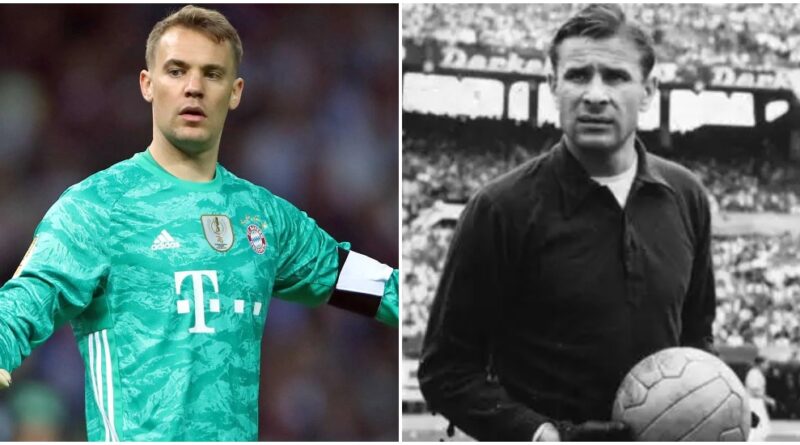 Goalkeeping is the most critical part of a football game, you may make a dozen of great saves but a single error can lead you to heavy criticism. This is evident in one of Iker Casillas’ quotes.

“Being a good person is like being a goalkeeper. No matter how many goals you save, some people will only remember the one you missed.”

Playing in the toughest position in the sport, being a goalkeeper requires being switched on during the entirety of the game. A slight lapse in concentration and all of a sudden you’re the biggest villain in the stadium.

When people talk about the greats of the game, they hardly ever mention the goalkeepers. This is a shame because they probably have more of a say in a team’s success than any other position on the pitch.

Please join us as we recognize some of the greatest goalkeepers of all time.

Taking into account their consistency, effectivity, longevity, ability, success, and impact on the game. Here are the 12 greatest goalkeepers of all time–

Gordon Banks represented seven clubs during his 19-year career. Most notable of which include Leicester City and Stoke City. His greatest moments though came with the England national team as Banks was a part of the team that won the 1966 World Cup.

His save against Pele in 1970 is still widely regarded as the greatest save in the history of the World Cup. The Brazilian rose unmarked and connected with a cross from pinpoint range and it was expected to beat Banks in his near post only for the Englishman to pull off a save to the astonishment of everybody watching.

Edwin van der Sar represented 4 clubs in a career that spanned 21 years. Edwin made his professional debut for Ajax in 1990, spending nine years there before moving to Juventus.

A couple of mediocre years in Italy followed as the Dutchman moved to England with Fulham. His performances for the Cottagers earned him a move to Manchester United where he arguably had his best years.

Petr Cech is widely regarded as one of the best stoppers of the Premier League era and for good reason. The Czech International was a part of the Chelsea defence that conceded just 15 goals in the 2004/05 season.

Cech spent 11 seasons at Chelsea winning 4 League titles, a Champions League, among a host of other trophies. He also holds the record for most clean sheets in the Premier League history with 202. He is widely regarded as one of the greatest goalkeepers of all time.

Sepp Maier was a one-club man who played for Bayern Munich between 1962 and 1980. Nicknamed ‘the cat’, Maier won a plethora of trophies with the Bavarians including three European Cups and four Bundesliga titles.

He had a successful international career as well, as he was a part of the West Germany team that won the World Cup in 1974 and the Euros in 1972.

Maier has also been crowned German Footballer of the Year, on three separate occasions and has played for West Germany in not one but four consecutive World Cups.

Peter Shilton had one of the longest careers in the history of football. The English goalkeeper’s career spanned 31 years between 1966 and 1997.

The most successful period of Shilton’s career came with Nottingham Forest, where he won six trophies including two European Cups.

Shilton also represented England at the International level, winning 125 caps for the Three Lions which is more than any other goalkeeper.