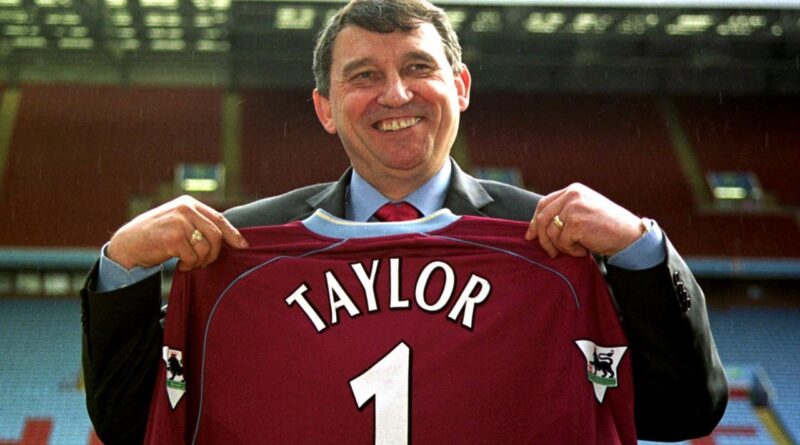 Aston Villa are one of the most popular football clubs in the Midlands as well as in the whole of England. Many great managers have contributed to the club’s journey over the years. In this article, we have ranked the Aston Villa managers on win percentage.

Ron Atkinson started off as a player but got into the spotlight due to his managerial skills. He was not only successful with Aston Villa but also tasted success with other clubs including West Bromwich Albion and Manchester United. Atkinson joined Aston Villa as a manager in 1991 and under his management, they reached the semi-finals of the Football Association Premier League. He might be number 10 on this list, but he is one of the greatest managers Aston Villa ever had. With a win rate of 43.33%, “The Tank” Ron Atkinson is regarded as one of the greatest football pundits ever.

Alex Massie started his managerial career right after he retired as a player in the 1944-45 season. In his first three seasons as the Aston Villa manager, he managed to finish in the top 10, and in the 4th season, he finished in 12th. In the 227 matches that he managed at Aston Villa, he won 43.61% of the games. He left the club as the manager after the 1949-50 season to join Torquay United where he served for one season.

Vic Crowe finds himself 8th on the list of the Aston Villa managers ranked on win percentage. Out of the 222 games that he managed, Aston Villa won 44.59% of them which is an excellent record. Vic Crowe tried hard but Aston Villa were still relegated when he was appointed at the back end of the 1969–70 season. In his first full season in charge, Vic Crowe led Aston Villa to the League Cup final against Spurs. They lost the final, but it was a fairytale run for The Villans. In 1974, Aston Villa sacked Crowe after a disappointing performance in Division Two where they finished 14th.

Steve Bruce was appointed as the manager in the 2016-17 season and at that time, Aston Villa were a Championship club. He started off with a bang as his second win as the manager was also the club’s first away win in over a year. In his second season in charge, Aston Villa secured a play-off place where they defeated Middlesbrough and reached the finals. However, they failed to qualify for the Premier League after they lost 1-0 to Fulham in the final. In October 2018, Steve Bruce was sacked as the manager and ended his managerial career for Aston Villa with a win percentage of 45.10%.

Ron Saunders had a decent career as a player and played for a lot of English sides which included Everton, Charlton Athletic, etc. However, he came into the spotlight only as a manager when he managed some of the best English clubs including Aston Villa. Saunders is regarded as one of the greatest managers Villa ever had and why not? It was under him that Villa made it to the First Division and took them to the League Cup in 1977. In the 1980-81 season, he also helped Aston Villa win their first league title in over 7 decades. Ron Saunders managed Aston Villa in 395 matches and has 45.57% wins which is an excellent record.

Jimmy Hogan is a not-so-famous manager as his success was rather limited and time was cut short as the manager due to World War II. Under his management, Villa managed to win just a single Division Two title. To this date, he is the 5th best manager in terms of win percentage for Aston Villa with 45.97% wins to his name.

Tony Barton inherited a performing team but turned it into one of the best sides in Europe. Under Tony Barton, Aston Villa won the 1982 European Cup after beating Bayern Munich 1-0 in the final. He followed it up by winning the 1982 European Super Cup. Their league form, however, was somewhat concerning as they failed to make it to the top 4 in the league under Barton. With a 46% win rate, and European success in his resume, it is safe to say that Tony Barton is the legend of the game.

With a 46% win rate out of 150 matches, Graham Taylor enjoys the third spot in the list of managers ranked on win percentage for Aston Villa. Graham Taylor was inches away from winning his first title with Aston Villa back in 1990. It was after this season when England came knocking at his door to manage the national team, which went rather downhill which is part of the reason why he is not considered one of the greatest managers of all time, which, to be honest, is rather unfair.

Back in that era, a secretary or committee member played the role of a manager and that’s what WJ Smith was for Aston Villa. He was also the last secretary of Aston Villa before the rules changed and the manager was appointed separately. He enjoyed a great run as a manager for Aston Villa as they went on to win 175 games out of 354. That’s a 48.08 win percentage and it speaks volumes about how good he was in his role as a manager.

George Ramsay is undoubtedly the greatest manager in Aston Villa’s history and it is only fair if the numbers also verify that fact. To put things into perspective, he was the Sir Alex Ferguson of his era. Under his management, Aston Villa dominated the football world for the better part of the 1890s. They won 5 league titles in 6 years between 1894-1900 and dominated the English league. George Ramsay has a 49.55% win percentage under his belt out of 1324 games that he managed. A record as insane as this only shows how big he was for the team as a manager and why he is the greatest Aston Villa manager of all time.