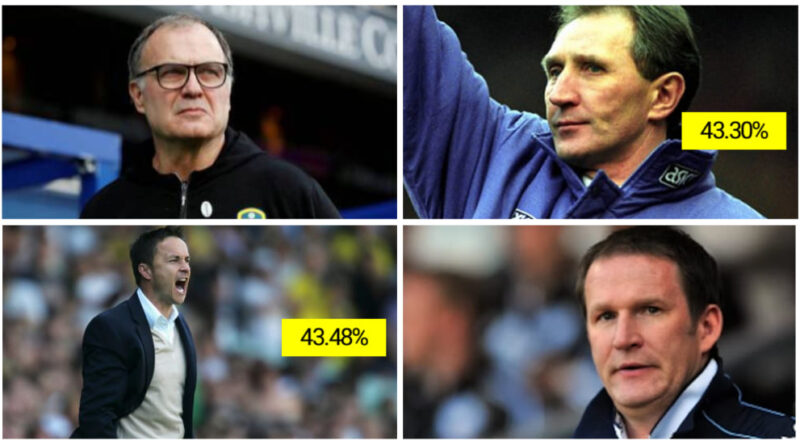 Leeds United are one of the most passionately supported football clubs in England. Many great managers have managed the clubs over the years, but not all had similar results. In this article, we have ranked the Leeds United managers on win percentage. 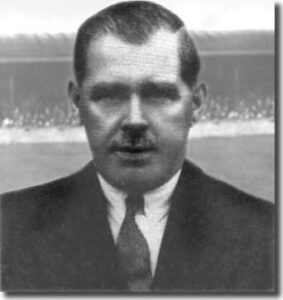 Dick Ray was one of the most loyal servants ever at Elland Road, serving both Leeds City and Leeds United for well over thirty years, although he had a number of breaks from the place. As well as being the manager of Leeds United in two separate spells, he was also a player and captain of City, as well as being a committeeman and secretary with United.

In his first season in charge and Ray pushed Leeds back to division one. He stuck mainly with the good squad that was left by Fairclough and a significant signing by Ray was Charlie Keetley, who scored 18 goals in 16 appearances. Ray quit his £1,000 a year post on 5 March 1935, deciding he had taken United as far as he could.

Howard Wilkinson was hired as Leeds United’s manager in October 1988 with the goal of turning around the team’s fortunes. Leeds had been playing football in the second tier for six years at that point, and they were not playing great football. However, Wilkinson guided the club to become the Champions of England, four years later. To date, he remains the last English manager to win the top-flight league in England.

Dennis Wise managed the club between 2006 and 2008 and had a win percentage of 43.48. Wise took over with the club second from the bottom of the Championship and in a difficult financial position. The team struggled throughout the season and were relegated following a 10-point penalty for going into administration. Leeds made a good start to the following season in League One but received another penalty, this time 15 points, for financial reasons. Wise left the club in January 2008 to become Newcastle’s Executive Director.

Armfield took the helm at Leeds United, replacing Brian Clough as the manager in 1974. He took Leeds to the European Cup final in 1975. He is still fondly remembered as one of the best Leeds United managers ever, but he would have been hero-worshipped to this day if we had beaten Bayern Munich in Paris.

Possibly, the greatest Leeds United manager of the modern era, Bielsa became Leeds United’s new head coach in June 2018 to replace Paul Heckingbottom. Bielsa brought back Leeds United to the Premier League for the 2020-21 season. They were excellent in that season. Under him, Leeds played great football and attracted praise from all over the world. However, a poor following season led to his sacking in Feb 2022. No one could deny the contributions he made to the club.

Garry Monk managed the club for one season in the Championship during the 2016-17 season. Under him, Leeds narrowly missed out on playoffs spots after finishing 7th in the league. A poor run of form in the final eight games led Fulham to overtake them on the final day of the season. He left the club at the end of the season.

A few months later, he guided Leeds back up into the Championship, securing promotion from League One in the game’s craziest final hours, before putting together a flawed but tremendously entertaining team to reclaim their place in the lower division. He might have been able to pull off back-to-back promotions if the defence had been given a bit more attention. After a string of subpar performances, he was let go in February 2012.

David O’Leary was Leeds’ assistant manager under George Graham before being appointed as head coach following Graham’s departure in 1998. O’Leary made use of his team’s youthful eagerness to implement an aggressive and offensive style of play with a focus on creativity and high-pressure pressing. Technically gifted players like Lee Bowyer and Harry Kewell, who had struggled under Graham, were now able to absolutely soar.

By June 2002, O’Leary had spent almost £100 million on new players in less than four years for no reward in terms of trophies, but he had never finished outside the top five as a manager. Ridsdale sacked O’Leary as Leeds’s manager in the summer of 2002, replacing him with Terry Venables.

It’s quite surprising that it’s Gary McAllister, who has the second-best win percentage in Leeds’ history. He became Leeds United’s manager in January 2008 replacing Dennis Wise. At that time, Leeds were in the third division of English football following relegation from the Championship the season before. He wasn’t able to guide Leeds to promotion following a loss in the Playoffs semifinal. McAllister was sacked on December 2008, while in his second season as manager, after a series of poor results.

Additionally, Leeds finished second in the First Division five times, twice as FA Cup runners-up and runners-up in the Inter-Cities Fairs Cup and the European Cup Winners’ Cup. He developed a successful youth academy, became a father figure to the team’s younger players, and created a sense of family and togetherness within the Elland Road ranks.